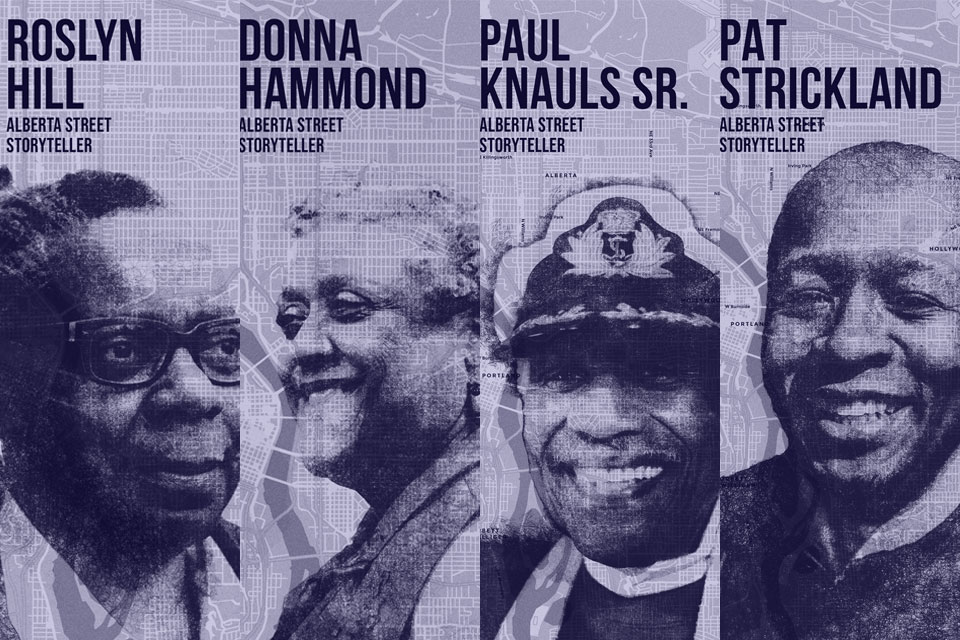 This fall, five bright red obelisks, each measuring seven feet tall, will appear along Alberta between 11th and 24th avenues.

Each has a story, and will stand as tribute to the neighborhood’s Black heritage and history in the face of gentrification. And each piece is permanent: installation has been pushed until September to insure the foundations are earthquake-safe 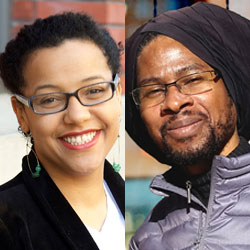 Portland artists Kayin Talton Davis and Cleo Davis"Creating permanent Black Art in an area where the Black community has experienced drastic displacement and erasure is a necessity,” said local artists Kayin Talton Davis and Cleo Davis, who created the images on each obelisk, in a press release announcing the project. “The Black Heritage Markers create a link to a much different Northeast Alberta: One that saw the rise of gangs and negligent landlords, but also the internal creation of highly successful Black community-based resources and programs."

Both visual artists and designers, Talton Davis and Davis run two businesses together – Soapbox Theory and Screw Loose Studios – that promote positive images of the Black community and also provide design and printing services for events like funerals, receptions and weddings. Their previous contributions to public art, specifically a series of murals embedded in the sidewalk on North Williams Avenue, made them stand out to the Black Heritage Markers Leadership Committee.

That means the couple is also familiar with the criticism such exhibits receive.

“A lot of people have been really excited to see it, people who are new to the area or just walking through on a regular basis,” Talton Davis said.

“They’re excited to learn it’s there, to walk and actually pay attention to see what’s there. And they love the story through there. But there are some people that are genuinely concerned about it being part of the gentrification, the idea that ‘We’re not here, but now they have artwork there so they can feel good.’ And that definitely wasn’t the intent. The intent for sure was to really highlight the Black history of the area and remind Black community members that this is something we’ve done before and something we can do again.”

The Alberta Street Black Heritage Markers Project has been four years in the making. Project manager Zoe Piliafas of Diversa Edu describes it as an “augmented reality immersive experience,” one that combines eye-catching artistic design with mobile technology and audio recordings of local storytellers.

The process has been overseen by Alberta Main Street, and is funded primarily by Prosper Portland, the Pacific Power Foundation, and the Oregon Arts Commission. Diversa Edu was brought on to enhance the technological storytelling aspect of the project, which includes a supplementary app available for smartphones.

“Our team of about five began to collect audio, trying to fill in gaps of stories we were missing,” Piliafas told The Skanner.

“We put together a historic leadership committee of nine African-Americans from northeast Portland. Those people listened to all of the stories, spent a lot of time with the audio, and selected eight stories. We put out a request for proposals for artists, and Kayin Talton Davis and Cleo Davis were selected by the Black Heritage Markers Leadership Committee. I was like, ‘This needs to be bigger, and to be more,’ because what I believe is that technology is one of the ways we democratize education. We raised almost $85,000 of funds to create a digital application called Alberta Stories.”

These accounts were then adapted for audio and artistically onto three-sided metallic obelisk that contain photographs, text, and art.

“We have two different styles,” Talton Davis told The Skanner. “Mine tends to be very graphic-heavy, and very simplified, and Cleo likes to have a little bit more of a mix of things – he’s more multimedia than I tend to be. And a little bit more layered, I guess I could say. Usually.”

“We just received a grant from the Black United Fund to have three interns come in,” Griffin told The Skanner. “We’ll be working with high school kids to figure out how we could be sharing these stories with people of their age group.”

To that end Diversa Edu took audio, visual, and supplementary materials, and created the Alberta Stories app. Piliafas told The Skanner that in addition to providing audio and biographical information about the storytellers, it is her hope that the app serves another purpose.

“There’s an enormous amount of White guilt in Portland, and what we are guiding people to do is to give to the Micro Enterprise Services of Oregon,” Piliafas said. “They work with innovators, a predominantly Black population, to develop their businesses. One way to move from poverty and places that are of scarcity is to be able to build your own wealth. Entrepreneurship in the Pacific Northwest is something we really lift up, but we don’t lift up the entrepreneur who is Black or Brown. So with the app, they can take their White guilt and do something with it.”