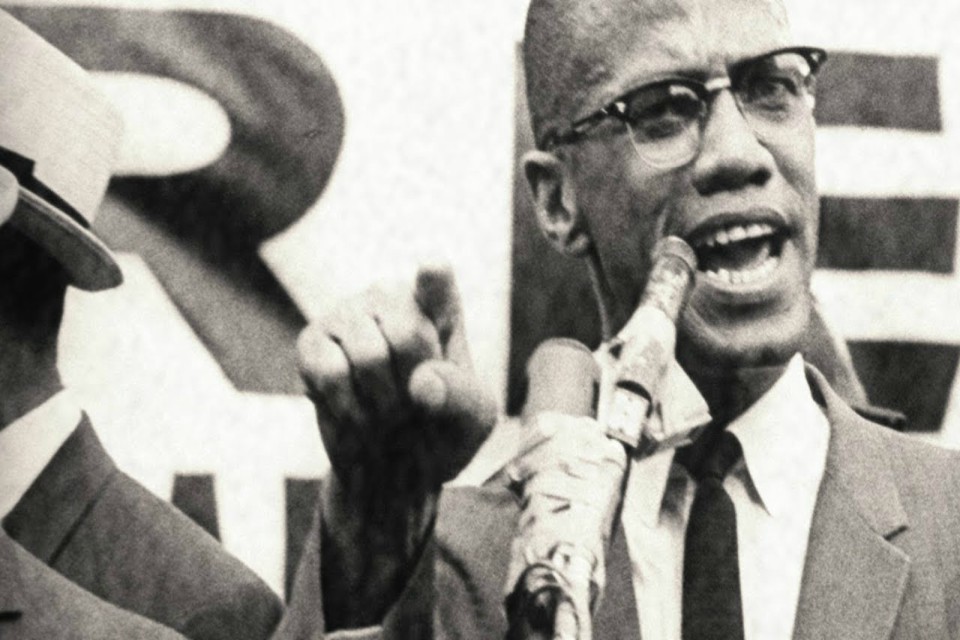 Malcolm X (1925-1965) is best remembered as the charismatic spokesperson for the Nation of Islam whose fiery speeches helped the Black Muslims' ranks swell from 6,000 to 75,000 between 1956 and 1961. However, he fell out of favor with the sect's founder, the Honorable Elijah Muhammad, soon after making his pilgrimage to Mecca.

While there, Malcolm prayed alongside Muslims of every hue who treated him like a brother. Consequently, upon returning to the States, he announced that he could no longer ascribe to one of his sect's basic tenets, namely, that White people were a genetically-engineered race of devils created in a lab 6,600 years ago by a rogue scientist called Yakub.

Since that claptrap was a core belief upon which the Nation of Islam was founded, Malcolm found himself marked for death for his blasphemous change of heart. And less than a year later, he was assassinated by three members of the Fruit of Islam, the paramilitary wing of the Nation of Islam.

For instance, in one snippet, he says: "We're not brutalized because we're Muslims, Baptists or Catholics, but because we're Black people living in the United States." Then, attempting to inspire his followers to appreciate their appearance, he asks: "Who taught you to hate the way you look from the top of your head to the bottom of your feet?"

You might be surprised to know that Malcolm attended but did not speak at the historic March on Washington in 1963. Here, he explains why he disagreed with Dr. Martin Luther King's non-violent philosophy. "There is nothing in the Koran that teaches us to suffer peacefully. If someone puts his hands on you, send him to the cemetery!"

He also attempts to convert black military veterans to his cause by declaring that if they were willing to die overseas fighting to save Europeans from Hitler, they ought to be just as eager to shed blood to liberate their own people. Suggesting that it was silly to wait for segregationist Congressmen to end Jim Crow, Malcolm summarizes with a clarion call for "freedom, justice and equality by any means necessary."

An intriguing contribution to the enduring legacy of a common street pimp-turned-revolutionary Muslim firebrand.