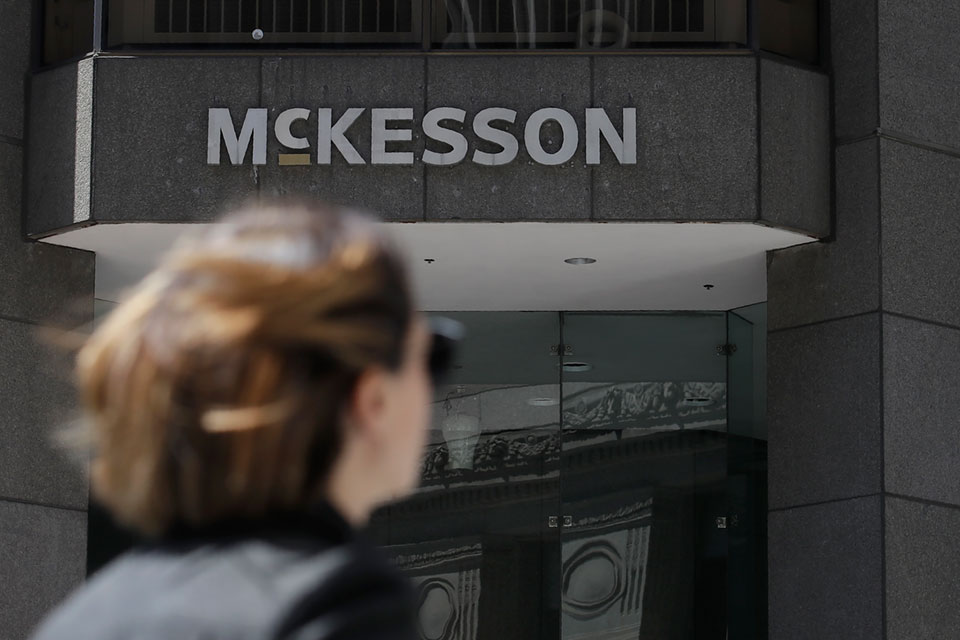 Native American tribes have reached settlements over the toll of opioids totaling $590 million with drugmaker Johnson & Johnson and the country's three largest drug distribution companies, according to a court filing made public Tuesday.

The filing in U.S. District Court in Cleveland lays out the broad terms of the settlements with Johnson & Johnson and distribution companies AmerisourceBergen, Cardinal Health and McKesson. Some details are still being hashed out.

All federally recognized tribes in the U.S. will be able to participate in the settlements, even if they did not sue over opioids. And there could be settlements between other firms in the industry and tribes, many of which have been hit hard by the overdose crisis.

W. Ron Allen, chairman of the Jamestown S'Klallam Tribe in Washington state, called it a big deal for tribes to reach their own settlement, in contrast with tobacco industry deals in the 1990s that left out Native American groups.

Allen doesn’t expect his tribe of about 550 people to get much from the settlement, but it will help in its efforts to build a healing center that will address opioid addiction, he said.

“Every penny counts, so we’ll take it and run with it,” he said.

One study cited in the settlement found that Native Americans have had the highest per capita rate of opioid overdose of any population group in 2015.

“The dollars that will flow to tribes under this initial settlement will help fund crucial, on-reservation, culturally appropriate opioid treatment services," Douglas Yankton, chairman of the Spirit Lake Nation in North Dakota, said in a statement.

More than 400 tribes and intertribal organizations representing about 80% of tribal citizens have sued over opioids.

New Brunswick, New Jersey-based Johnson & Johnson — whose opioids included Duragesic and Nucynta but which has stopped selling opioids — said in a statement Tuesday that the settlement is not an admission of liability or wrongdoing.

AmerisourceBergen, based in Conshohocken, Pennsylvania, said in a statement that the deal will expedite help for communities and let the company focus on the pharmaceutical supply chain.

Cardinal, based in Columbus, Ohio, and McKesson, based in Irving, Texas, declined to comment.

Under the deal, Johnson & Johnson would pay $150 million over two years. AmerisourceBergen McKesson and Cardinal would contribute $440 million in total over seven years.

Each of the 574 federally recognized tribes could decide whether to participate but would be required to use the money to deal with the opioid epidemic.

The deal would take effect when 95% of the tribes with lawsuits against the companies agree to the settlement, said Tara Sutton, a lawyer whose firm is representing 28 tribes.

Settlements are also in the works between tribes and other companies involved in opioids, Sutton said.

The newly announced deals are separate from a $75 million one the Cherokee Nation of Oklahoma and the three distribution companies reached last year ahead of a trial.

The same four companies are nearing the final stages of approval of settlements worth $26 billion with state and local governments across the U.S. They have until later this month to decide whether enough government entities have signed on to continue in the deal.

The money for tribes will come out of the larger settlements.

The tribal settlements are part of about $40 billion worth of settlements, penalties and fines rung up over the years by companies over their role in opioids.

The drugs, including both prescription drugs such as OxyContin and illicit ones including heroin and illegally made fentanyl, have been linked to more than 500,000 deaths in the U.S. in the past two decades.