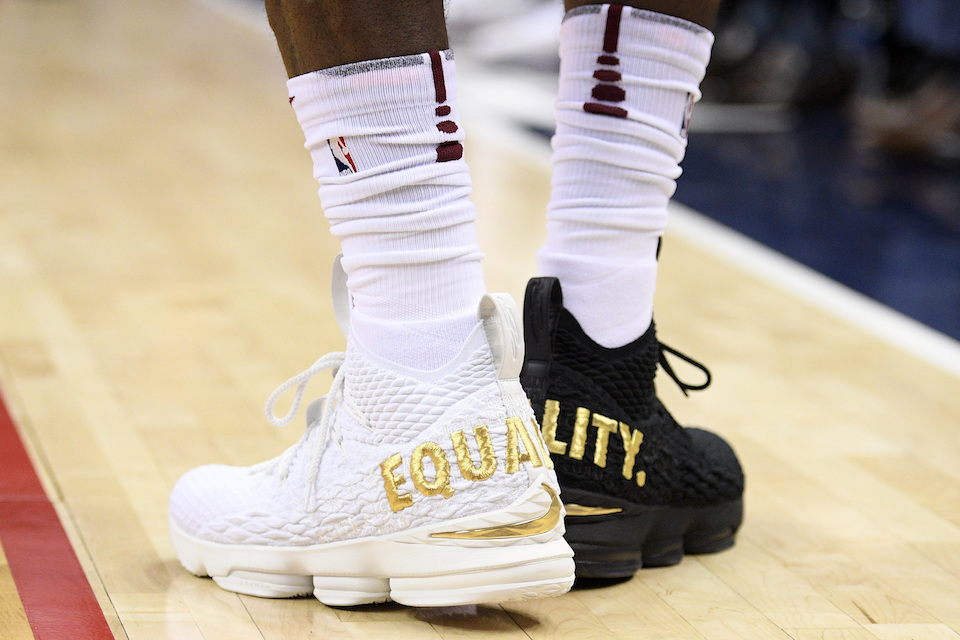 A pair of shoes are set aflame with a cigarette lighter, captured on video and shared widely online to protest a political statement made by the manufacturer.

The New Balance shoes were burned by their owners two years ago after a spokeswoman indicated the company's support for President Donald Trump's trade policies.

Nike now finds itself in a similar position on the other side of the political spectrum as some customers cut up its products or burn them because of the company's decision to make Colin Kaepernick the face of its "Just Do It" 30th anniversary campaign.

With the Kaepernick campaign , Nike is embracing activism and racial justice at a time when shoe companies can no longer avoid the nation's political division.

After years of building billion-dollar brands around sports celebrities, shoe and apparel makers now find themselves flashpoints in the political, racial and cultural clashes surrounding the Trump administration.

Nike took this route as its biggest representatives — most notably LeBron James and Serena Williams — have spoken out about police shootings of African-American men and problems facing the black community.

Those same athletes are increasingly using their shoes as a form of expression. James' "Equality" Nike signature shoe was unveiled earlier this year, with the word emblazoned across the back of the shoes. Steph Curry has worn a Barack Obama-themed shoe. 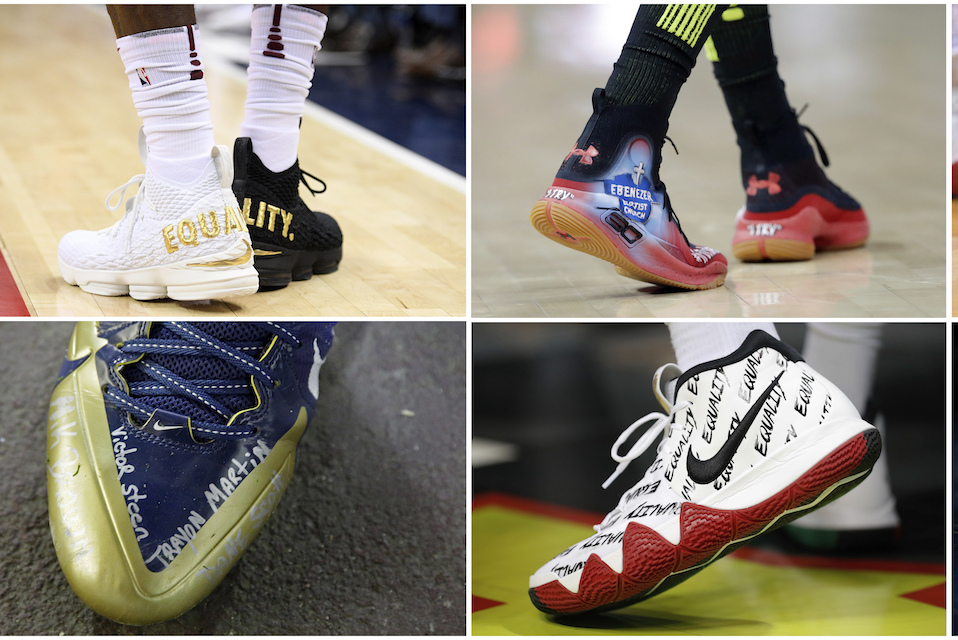 Athletic shoes worn by professional athletes. After years of building billion-dollar brands around sports celebrities, shoe and apparel makers now find themselves flashpoints in the political, racial and cultural clashes surrounding the Trump administration and some athletes are increasingly using their shoes as a form of expression. (AP Photo)

Such statements could become more common in the next season after the NBA relaxed the rules over the types of shoes players can wear.

"I stand with Nike, every day, all day," James said Tuesday at a Nike fashion show and awards ceremony in New York.

Trump has blasted the NFL for allowing players to follow Kaepernick's decision to kneel during the national anthem to protest police shootings of African-Americans.

Now the president has turned against Nike, which is making the former San Francisco 49ers quarterback one of its main spokesmen.

"Nike is getting absolutely killed with anger and boycotts," Trump tweeted Wednesday .

Athletic apparel companies have straddled the entertainment and cultural worlds for years partly with their emulation of black culture — think Run-DMC's Adidas shoe deal in the wake of the group's rap hit "My Adidas" and Nike's "Air Jordan" campaigns featuring Michael Jordan and Spike Lee.

This has created a billion-dollar industry and the cultural challenge of how to appeal to minority and youth communities as well as to the country's white, sometimes conservative, majority.

But the companies and major sports leagues have been careful not to stray into real politics, famously symbolized by Jordan, who reportedly said Republicans buy shoes, too.

While Jordan and others in his era were thrilled to have lucrative shoe deals, the current generation is going farther by using their sneaker deals as a platform to promote social justice.

And with that shift, Nike is taking the side of its superstar athletes — even if it means alienating Trump supporters and intertwining shoes and politics.

Many companies "feel the need to align with players, because players help them move the product," said Michael Lewis, director of the Marketing Analytics Center at Emory University in Atlanta.

Clothing and shoe makers have always had a back-and-forth relationship with minority communities.

Business boomed as black athletes became spokesmen and spokeswomen, but questions arose over how much the companies invested financially in black communities, compared with how much they made by exploiting African-American trends.

The relationship began in the 1980s, when Nike, Adidas, Reebok and Converse became staples of black fashion, and African-American youth sought to emulate the stars of the day, like Jordan, Run-DMC and other figures associated with the burgeoning hip-hop culture.

Footwear came to symbolize status and street style. Sneakerheads lined up outside stores to get the newest shoes.

Companies "have made millions off of following trends from the black community, and so they have to be cognizant of the feelings of that community," said Antonio S. Williams, who teaches sports marketing at Indiana University.

"It only takes one or two incidents for shoes to be pushed aside and declared uncool and left behind, so they are very aware of the cultural exchanges and trends going on in their base communities."

New Balance tried to steer clear of politics in 2016 after coming out in support of Trump's desire to remove the United States from the Trans-Pacific Partnership.

A company official said "things are going to move in the right direction" under a Trump presidency. Protesters took that as support for Trump and began burning New Balance shoes and posting videos.

At least one white supremacist declared that New Balances were the shoes of "The Trump Revolution."

New Balance quickly released a statement saying the official's remark was taken out of context. The company insisted that it "does not tolerate bigotry or hate in any form" and "believes in humanity, integrity, community and mutual respect for people around the world."

Unlike New Balance, Nike doesn't seem to be backing down.

Its two-minute commercial, highlighting Kaepernick, James, Serena Williams and others, aired Thursday during halftime of the NFL's season opener.

Nike has likely figured out that its core consumers — the people who regularly buy its sneakers and clothes — are probably the millennials and minority youth who already support Kaepernick or at least don't mind the stance he is taking, Antonio Williams said.