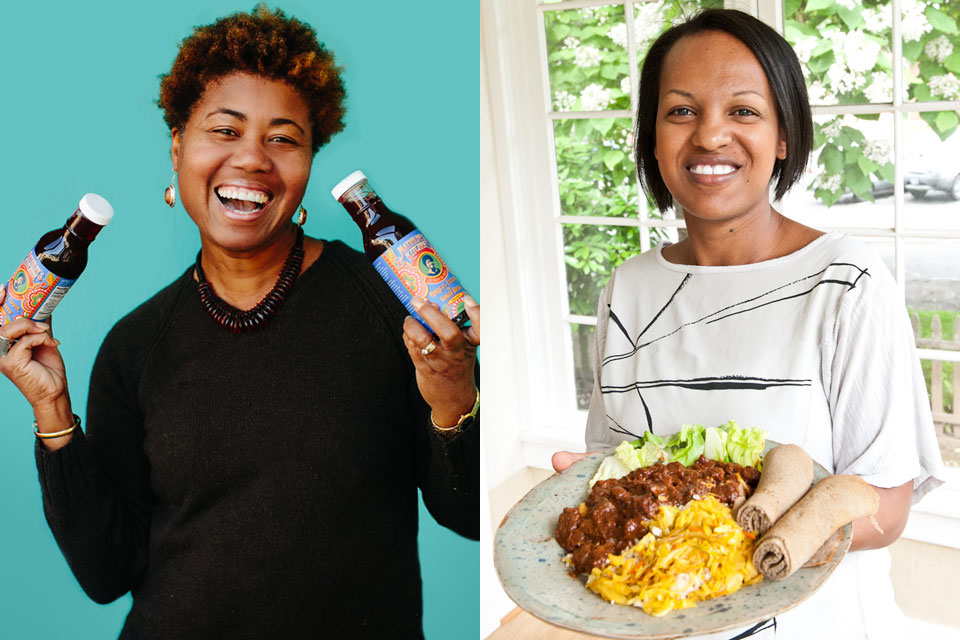 When Eleni Woldeyes demonstrated her line of Ethiopian simmer sauces at the Food Front Cooperative grocery in Northwest Portland six years ago, she was amazed to be approached by a distributor. She could hardly have imagined that Portland Public Schools and the West Linn-Wilsonville School District would be buying her product by the gallon for use in lentil and chicken dishes, which both did for the current school year.

While a public school cafeteria may not seem like the most prestigious venue for a gourmet cook, Woldeyes is in good company with she and other Portland metro businesses, like noodle-maker Umi Organic, adapt some of their recipes for lunch menus with a healthier and more local focus. Edward Hill, director of the Black Food Sovereignty Council & Coalition, told The Skanner this kind of scaling up speaks to “a growing regional food economy that has equity-based momentum.”

Woldeyes did not necessarily set out to address disparities in the local food scene. The current Hillsboro resident left Ethiopia in 2001 and, after moving to Oregon, found that her best bet for Ethiopian food was cooking at home.

“I wanted something for myself: Ethiopian packaged food in a store that I could buy,” Woldeyes told The Skanner.

“I first made it thinking the Ethiopian community—our own community—would want it.

"But it turns out that people from here were the ones interested, and the co-op stores were open to it.”

Woldeyes has a background in accounting and found herself applying her MBA toward running a burgeoning new brand: Eleni’s Kitchen. After securing a distributor, she transitioned into preparing hot Ethiopian dishes at farmers’ markets, which led to a robust catering business which she balances with teaching cooking classes at PCC. Long-term, she hopes to open a restaurant.

Like Woldeyes, Mathilde Aurélien-Wilson launched a business due in large part to what she found missing in Portland. The Haitian native moved to the city with her husband, Bruce Wilson, and their two children in 2013, and was at a loss to find comfort food.

“I started learning how to start a small enterprise to showcase my culture,” Aurélien-Wilson told The Skanner.

“Because people don’t know a lot about Haiti except for disaster.

"But the food, the culture, the music—they don’t have access to it.”

She started a Haitian food cart in Northeast, then worked with Portland Mercado, a food cart pod and incubator-style nonprofit that supports Latino business, to open the second location of her Jouk Li Jou Haitian Cookshack cafe in Southeast. 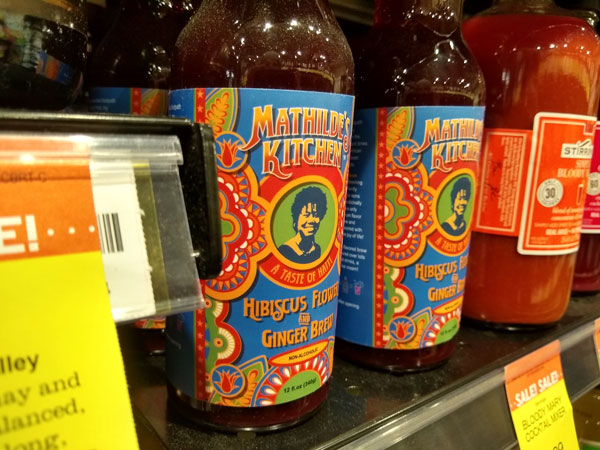 Mathilde Aurélien-Wilson's line of beverages is on the shelf at New Seasons. (photo by Saundra Sorensen)At Mercado, Aurélien-Wilson enjoyed greater exposure and took her business to the next level by focusing on the popularity of one of her beverages. Through Mercado’s Business Foundations Boot Camp and PCC’s Getting Your Recipe to Market intensive program, she says she learned how to label and launch Mathilde’s Kitchen Hibiscus Flower and Ginger Brew. By the end of the 12-week course at PCC, New Seasons had offered to carry her product. It can now be found at each of the store’s locations, as well as at Market of Choice, People’s Co-Op, and Food Fight! Grocery.

Aurélien-Wilson plans to expand the line to other flavors “that reflect what I used to drink as a girl,” she said.

She closed her food cart earlier this year in order to focus on the beverages, but she continues to cook Haitian cuisine through her catering company, which has allowed her to cut costs, streamline her menu, and have more predictability in her workday, she said.

Hill praised both Woldeyes and Aurélien-Wilson for the impressive trajectory of their small businesses. His organization addresses food system inequities in Multnomah County and the Pacific Northwest in general, and aims to support similar success stories for local communities of color.

“With the Multnomah Food Policy Council, there was a plan that was to be delivered to the community to build a more resilient food system,” Hill told The Skanner. The council, however, was dissolved in 2012. “So BFSC is a collaborative, cooperative response to unresolved or unaddressed issues as they relate to race and economics in the food system.”

Hill pointed out that with the passage of House Bill 2579 this year, Farm to School grant funding increased from $4.5 million to $15 million—which could mean more opportunity at every level of the food system.

“Larger organizations like Washington State University, Oregon State University, Oregon Tilth receive funding and participatory investments to elevate their programs for women in agriculture,” Hill said. “In the Pacific Northwest, that means White women, majority. And I say that to prove a point: With those investments, there’s been a 33.8% increase in the last 10 years in the ownership of small farm-related or agriculture-based businesses and agricultural land by White women. And in the Latinx and Hispanic communities in the Pacific Northwest, there has been a 23 to 27% increase in farm ownership. So those programs work. Targeted, culturally specific programs where people see themselves reflected in the instructors, work. So we’re saying, okay, let’s go ahead and do that for the communities that still have not had specialized programs, and are showing negative numbers or decreased numbers in agriculture: Black women, veterans of color, folks transitioning out of non-violent felonies or misdemeanors that are drug-related, like marijuana.”

And as with Woldeyes and Aurélien-Wilson, he sees the opportunity extending to food producers in the city, as well.

“At every point, whether you’re a beginner or you have a master’s degree, there’s something you can learn,” Hill said. “We’re asking people to both activate and be paid for the skill they have that’s relevant, if necessary, to move this forward. And also, come learn something.”