Charity Is Not a Substitute for Justice 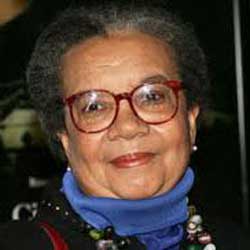 In his speech the night before his murder Dr. Martin Luther King, Jr. repeated the Biblical parable of the Good Samaritan who stopped and helped the desperate traveler who had been beaten, robbed, and left half dead as he journeyed along the road from Jerusalem to Jericho. The Good Samaritan is traditionally considered a model of charity for his willingness to treat a stranger as a neighbor and friend. Dr. King agreed that we are all called to follow his example and serve those around us who need help. But he reminded us that true compassion—true justice—requires also attacking the forces that leave others in need in the first place.

Many of the cracks in America’s edifice Dr. King identified over a half century ago are deeper today. CEO compensation and corporate greed and welfare have skyrocketed to morally obscene levels while middle class and minimum wage workers and people seeking work have been left behind. In 2012-2013, 4.9 million American households, including 1.3 million with children, had no cash income, relying only on the Supplemental Nutrition Assistance Program (SNAP, or food stamps) to stave off the wolves of hunger—a program Republican majorities in both houses of Congress seek to shred while increasing government welfare to the wealthiest individuals and corporations. Countless Black, Latino, and Native American youths see no hope for the future because there are no jobs for them and our schools are not preparing the majority of them for the jobs of the future.

Government safety net programs have lifted many millions but not all children out of poverty. Investments in nine federal programs that help make work pay, increase employment, and meet children’s basic needs could lift 60 percent of our 14.7 million poor children out of poverty now; instead these programs are under systematic attack today and we must reject proposals that treat our children so unfairly while others lavish tens of billions on the powerful and rich.

With true structural change there would be far less need for charity; without it the very best charitable efforts will never be enough. How many private foundations could make up for the denial of Medicaid or for the looming cuts in food stamps and other safety net programs? Yet like so many other prophets Dr. King’s voice was often at odds with leaders or conveniently left unheard by citizens in his own land.

During Dr. King’s lifetime, President Lyndon Johnson’s great War on Poverty attempted to address some of the inequalities in the United States that needed redressing and restructuring. But Richard Nixon sent a very different message as he accepted the Republican presidential nomination in August 1968 already criticizing President Johnson’s new anti-poverty efforts.

When Ronald Reagan ran for president in 1980, he gave a similar message about letting people take care of themselves—all the more charged because he chose to deliver it at an appearance at the Neshoba County Fair in Philadelphia, Mississippi, the county where three young civil rights workers–James Chaney, Andrew Goodman, and Michael Schwerner–were murdered in June 1964.

Reagan said as governor of California he had learned many people were poor because the government “bureaucracy” there to help them “has them so economically trapped that there is no way they can get away.” His first budget as president sought to eradicate virtually the entire federal safety net and replace it with block grants and billions of budget cuts.

The same familiar accusations and policies are back from some leaders today who believe government’s safety net is responsible for putting poor people in a “poverty trap,” and they will only be able to escape it if we shred the safety net to pieces.

Can the most dedicated volunteer at a children’s hospital give every child in her community access to preventive health care if Medicaid and the Children’s Health Insurance Program are restructured or slashed deeply as some are proposing?

Should we be satisfied because we helped a single wounded traveler if we didn’t do anything else about the rest who travel the road to Jericho at risk of attack or unjust stop-and-frisk and police brutality tactics and law enforcement policies that too often take rather than protect Black lives? What is so scary today is that so many young children and men of color have to combat daily violence in their own neighborhoods and from law enforcement officials enjoined to protect them.

I believe we are facing another inflection point in our nation and I hope and pray we will hear and heed and move towards and not away from becoming a more just nation. Will we just let everybody worry about themselves—and rely on needed acts of charity—to get by? Or, will we reform the deep unjust structural inequalities and injustices at America’s core that favor the powerful.

Marian Wright Edelman is president of the Children’s Defense Fund whose Leave No Child Behind® mission is to ensure every child a Healthy Start, a Head Start, a Fair Start, a Safe Start and a Moral Start in life and successful passage to adulthood with the help of caring families and communities. For more information go to www.childrensdefense.org