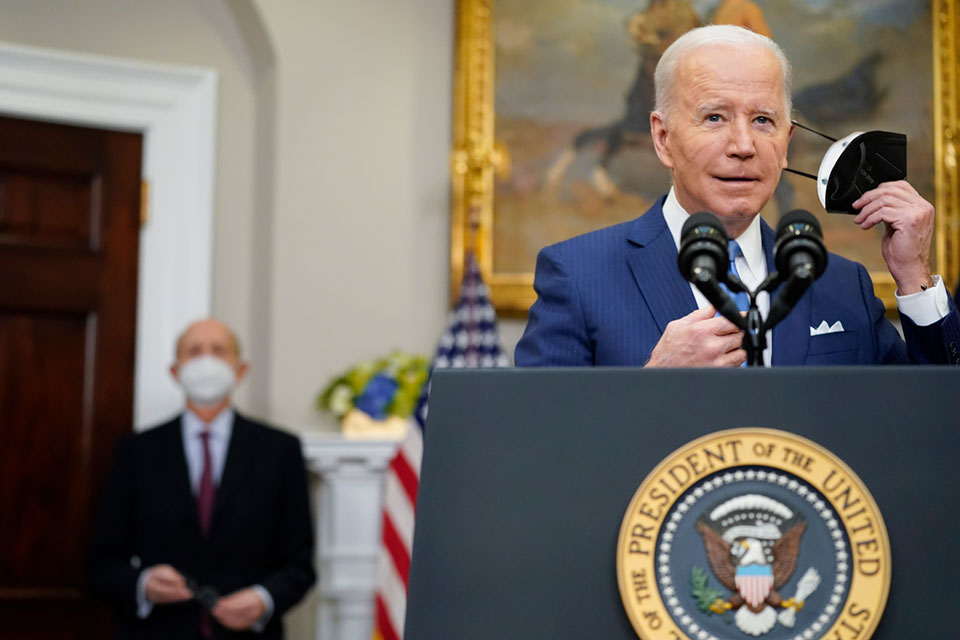 WASHINGTON (AP) — President Joe Biden on Thursday affirmed his pledge to nominate the first Black woman to the U.S. Supreme Court, saying it was “long overdue." He praised retiring Justice Stephen Breyer as a model public servant and promised a nominee by the end of February.

Breyer joined Biden at the White House, a day after news broke of the 83-year-old’s upcoming retirement.

Since Biden took office in January 2021, he has focused on nominating a diverse group of judges to the federal bench, not just in race but also in professional expertise. He installed five Black women on federal appeals courts, with three more nominations pending before the Senate.

“I've made no decision except the one person I will nominate will e someone with extraordinary qualifications, character, experience and integrity," Biden said as Breyer stood by. "And that person will be the first Black woman ever nominated to the United States Supreme Court. It's long overdue."

By the end of his first year, Biden had won confirmation of 40 judges, the most since President Ronald Reagan. Of those, 80% are women and 53% are people of color, according to the White House.

Breyer’s replacement by another liberal justice would not change the ideological makeup of the court. Conservatives outnumber liberals by 6-3, and Donald Trump’s three nominees pushed the court even further to the right.

Biden has already met personally with at least one top nominee, Ketanji Brown Jackson, 51, Breyer’s former clerk worked at the U.S. Sentencing Commission and has been a federal trial court judge since 2013 in the District of Columbia. The two met when Biden interviewed her for her current post as an appeals court judge in the D.C. circuit, where she has served since last June.

Early discussions about a successor are focusing on Jackson, U.S. District Judge J. Michelle Childs and California Supreme Court Justice Leondra Kruger, according to people familiar with the matter who spoke on condition of anonymity to discuss White House deliberations. Jackson and Kruger have long been seen as possible nominees.

“He has a strong pool to select a candidate from, in addition to other sources. This is an historic opportunity to appoint someone with a strong record on civil and human rights,” said Derrick Johnson, the NAACP’s president. 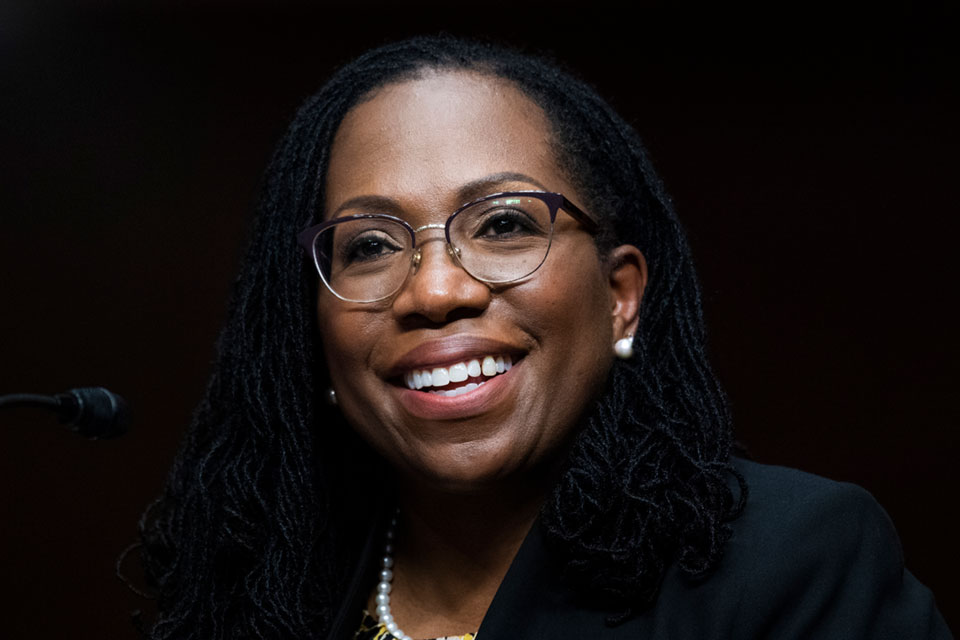 FILE - Ketanji Brown Jackson, nominated to be a U.S. Circuit Judge for the District of Columbia Circuit, testifies before a Senate Judiciary Committee hearing on pending judicial nominations, April 28, 2021 on Capitol Hill in Washington. President Joe Biden has already narrowed the field for his first U.S. Supreme Court pick. One potential nominee is Jackson, 51. She attended Harvard as an undergraduate and for law school. Obama nominated her to be a federal trial court judge, and Biden elevated her to the U.S. Court of Appeals for the District of Columbia Circuit. Early in her career, she was also a law clerk for Breyer. (Tom Williams/Pool via AP, File)

Jackson, 51, was nominated by President Barack Obama to be a district court judge. Biden elevated her to the U.S. Court of Appeals for the District of Columbia Circuit. Early in her career, she was also a law clerk for Breyer. Biden has already met with her personally, he interviewed her for her current post. 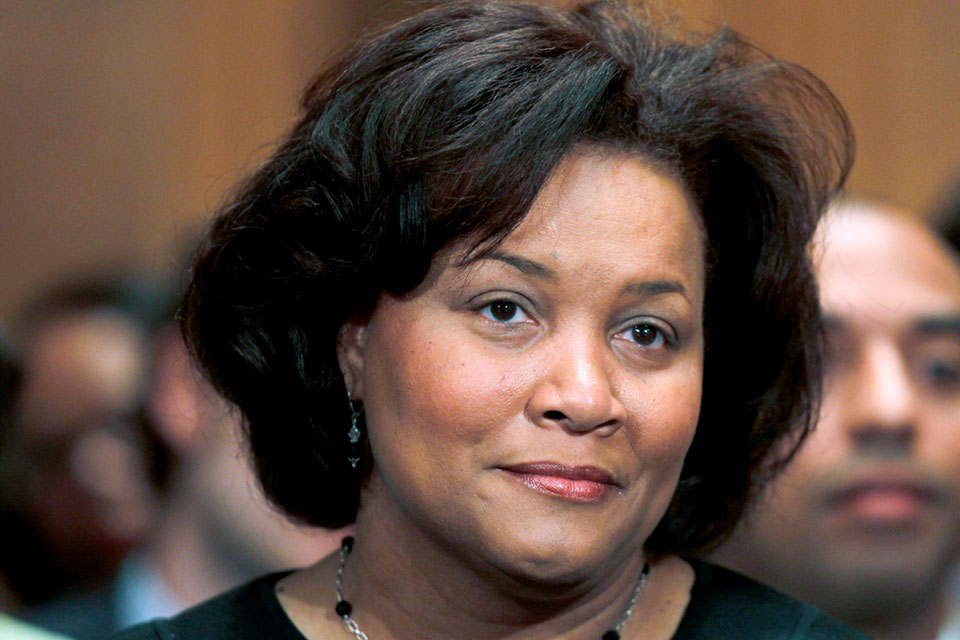 FILE - Judge J. Michelle Childs, who was nominated by President Barack Obama to the U.S. District Court, listens during her nomination hearing before the Senate Judiciary Committee on Capitol Hill in Washington, April 16, 2010. President Joe Biden has already narrowed the field for his first U.S. Supreme Court pick. One potential nominee is Childs, currently a U.S. District Court Judge for Southern California, who has been nominated but not yet confirmed to serve on the U.S. Court of Appeals for the District of Columbia Circuit,. (AP Photo/Charles Dharapak, File)

Childs, a federal judge in South Carolina, has been nominated but not yet confirmed to serve on the same circuit court. Her name has surfaced partly because she is a favorite among some high-profile lawmakers, including Rep. James Clyburn, D-S.C. 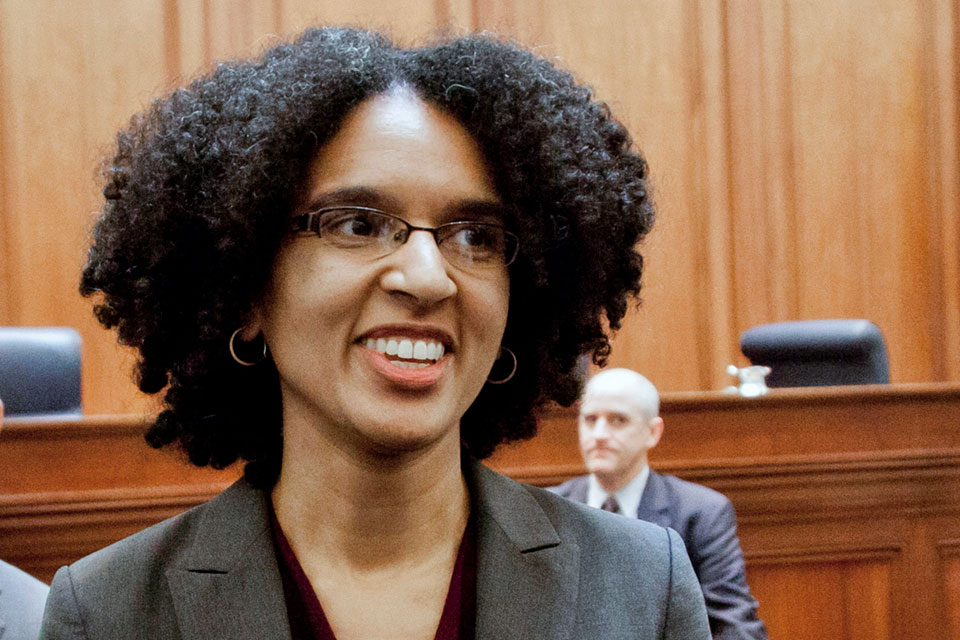 FILE - Deputy assistant U.S. attorney general Leondra Kruger, stands during her confirmation hearing to the California Supreme Court in San Francisco on Dec. 22, 2014. President Joe Biden has already narrowed the field for his first U.S. Supreme Court pick. One potential nominee is Kruger, 45, a justice on the California Supreme Court. A graduate of Harvard and Yale’s law school she served as a law clerk on the high court before arguing a dozen cases before the court as a lawyer for the federal government. But Kruger, whose mother is Jamaican, has also been described as a moderate, which could be a tough sell for some liberal Democratic senators. (S. Todd Rogers/Pool via AP, File)

Kruger, a graduate of Harvard and of Yale’s law school, was previously a Supreme Court clerk and has argued a dozen cases before the justices as a lawyer for the federal government.

Breyer, 83, will retire at the end of the summer, according to sources who confirmed the news to The Associated Press on Wednesday. They spoke on condition of anonymity so as not to preempt Breyer’s formal announcement.

But the Senate can confirm a successor before there is a formal vacancy, so the White House is getting to work. It is expected to take at least a few weeks before a nomination is formalized.

When Biden was running for the White House, he said that if he had the chance to nominate someone to the court, he would make history by choosing a Black woman. And he’s reiterated that pledge since.

“As president, I’d be honored, honored to appoint the first African American woman. Because it should look like the country. It’s long past time,” Biden said in February 2020 shortly before South Carolina’s presidential primary.

Adding a Black woman to the court would mean a series of firsts — four female justices and two Black justices serving at the same time on the nine-member court. Justice Clarence Thomas is the court’s only Black justice and just the second ever, after Thurgood Marshall.

And Biden would have the chance to show Black voters increasingly frustrated with a president they helped to elect that he is serious about their concerns, particularly after he has been unable to push through voting rights legislation.

Senate Majority Leader Chuck Schumer, D-N.Y., said Biden’s nominee “will receive a prompt hearing in the Senate Judiciary Committee and will be considered and confirmed by the full United States Senate with all deliberate speed.”

Republicans remain upset about Justice Brett Kavanaugh’s contentious 2018 hearing. Still, Democrats have the 50 votes plus a tiebreaker in Vice President Kamala Harris that they need to confirm a nominee.

Republicans who changed the Senate rules during the Trump-era to allow simple majority confirmation of Supreme Court nominees appeared resigned to the outcome. Sen. Lindsey Graham of South Carolina, an influential Republican on the Senate Judiciary Committee, said in a statement, “If all Democrats hang together — which I expect they will — they have the power to replace Justice Breyer in 2022 without one Republican vote in support.”

Nonetheless, Democrats have also been unable to get all their members on board for Biden’s social and environmental spending agenda or to move forward with a voting rights bill.

As a senator, Biden served as chairman of the Judiciary Committee, overseeing six Supreme Court confirmation hearings from 1987 to 1995, including Breyer’s.

And one person who will be central to Biden’s process is chief of staff Ron Klain, a former Supreme Court law clerk and chief counsel to the Judiciary Committee.

Biden could also choose someone who is not currently a judge, though that seems less likely. One contender would be the head of the NAACP Legal Defense and Educational Fund, Sherrilyn Ifill, 59. She has headed the fund since 2013 and has announced she is stepping down in the spring.

The Supreme Court has had three women on it for more than a decade, since 2010, when Obama named Justice Elena Kagan to replace the retiring John Paul Stevens. Kagan joined Obama’s other nominee, Justice Sonia Sotomayor, the court’s first Latina justice, and Justice Ruth Bader Ginsburg. When Ginsburg died in September 2020, Trump announced his choice of Amy Coney Barrett eight days later.