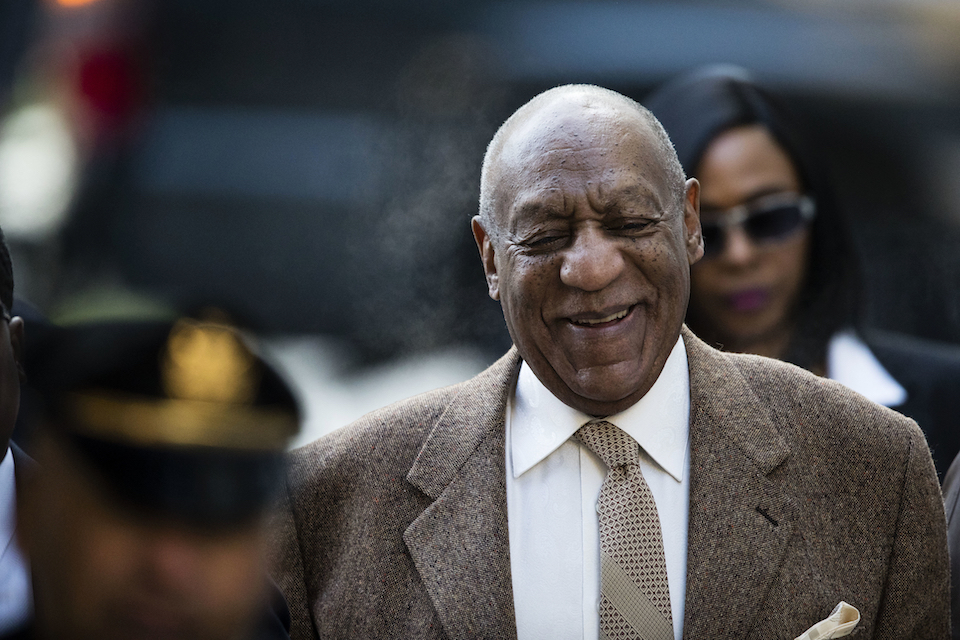 NORRISTOWN, Pa. (AP) — Bill Cosby's lawyers on Wednesday attacked what they called "vague, remote and often inconsistent" allegations from a slew of women whom prosecutors are seeking to call as witnesses at his sexual-assault trial next year.

Lawyers for the 79-year-old actor and comedian asked a judge to block 13 accusers from taking the witness stand, saying uncertainty about where and when some of the sexual encounters took place made them impossible to defend against.

Cosby, who was known as America's Dad for his top-rated family sitcom, "The Cosby Show," which ran from 1984 to 1992, is charged with molesting a woman at his suburban Philadelphia home in 2004.

Prosecutors are seeking testimony from the other accusers to show Cosby had a long history of knocking out women with drugs and drinks and sexually assaulting them. Cosby has pleaded not guilty.

At a hearing, the defense portrayed the potential prosecution witnesses as "bandwagon" accusers who came forward because they sought to cash in on Cosby's fame and wealth.

The women went public at the urging of "clever, cunning lawyers who had the agenda of bringing down an American icon," Cosby lawyer Brian McMonagle told Montgomery County Judge Steven O'Neill, who must determine whether some or all of the accusers will be permitted to take the witness stand.

The two-day hearing closed without a decision, with the judge saying he'd take some time before ruling.

McMonagle argued prosecutors dredged up unsubstantiated assault allegations dating to the 1960s to try to breathe life into a weak case, and he urged the judge to "follow the money" when examining the motives of the accusers.

"There's no good reason in this world for these uncorroborated, unconfirmed, unreported, ancient allegations to be brought into this courtroom or any courtroom in this country," he said afterward.

Cosby is charged with assaulting Andrea Constand, then a Temple University employee. She filed a police complaint against Cosby, a long-married father of five and her friend and mentor, but a prosecutor at the time declined to file charges.

The judge ruled last week the deposition may be used at Cosby's criminal trial, arming prosecutors with Cosby's testimony about his affairs with young women, his use of quaaludes as a seduction tool and his version of the sexual encounter with Constand.

Cosby's attorney said Constand has offered shifting accounts of the encounter, making comparisons with the other accusers impossible. Under state law, prosecutors must demonstrate substantial similarities in the accusers' accounts to be able to call them to the witness stand.

Prosecutors have argued sexual-assault victims often recall more details in subsequent interviews, and they say the discrepancies in Constand's accounts aren't material to the case.

The other women should be allowed to testify, District Attorney Kevin Steele argued, because their stories are so similar they show the "handiwork of the same perpetrator."

Cosby befriended women who saw him as a mentor, incapacitated them out with pills and drinks and molested them, Steele said.

"This is a lifetime of sexual assault on young women," Steele told the judge.

Cosby's lawyers said the women's stories aren't similar enough to warrant their testimony. They pointed to differences in the locations and manners of the alleged assaults and the accusers' levels of education and lines of work.

She said most of the potential prosecution witnesses are represented by famed civil lawyer Gloria Allred and have held news conferences and given dozens of interviews. She said one accuser shopped a book deal for her life story a few years ago.

"She executed a plan, and she got the DA's office to be her bag man," Agrusa said.

Allred, who attended Wednesday's hearing, has argued her clients have a duty to testify if the court wants to hear from them.

The Associated Press doesn't typically identify people who say they're victims of sexual assault unless they've come forward publicly, as Constand has done.