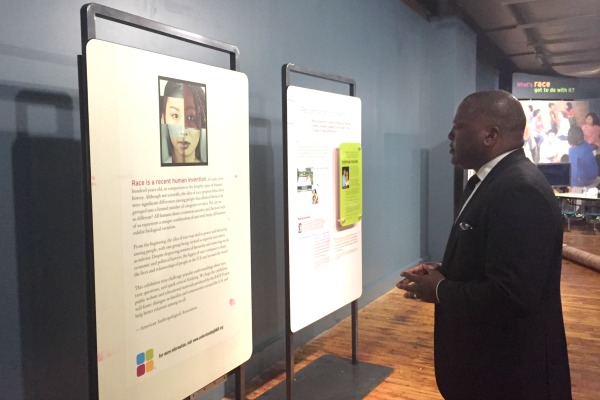 COLUMBIA, S.C.— A year ago, a nation stood horrified after nine African-Americans were deliberately gunned down during a quiet, evening Bible study at a church in Charleston, South Carolina. The massacre sparked anguish and soul-searching that led to steps unimaginable even a decade ago, including the lowering of Confederate flags in parts of the South.

Now, the ever-passionate conversation about race has a new venue: the South Carolina State Museum. An exhibit opens Saturday that aims to tackle and explain the elements that comprise race and racism in the United States, in an effort to help explain differences and perhaps find ways to bridge them.

"Race: Are We So Different?" opens June 4 and runs through September 11. Museum officials say the 5,000 square-foot exhibition is the first nationally traveling exhibit to tell the stories of race from the biological, cultural and historical points of view.

Museum officials estimate anywhere from 15,000 to 20,000 visitors will tour the exhibit during its run, spending as much as three hours taking in the videos, text panels and interactive materials.

The exhibit tackles its topic from a variety of angles, exploring the scientific reasons for different skin tones and using high-tech stations to give users an up-close look at how genes work and make us look different from one another.

Other areas use historical photographs of "whites only" water fountains to depict the Civil Rights Era. One exhibit lays out the disparities experiences by white and black soldiers returning home from World War II. In another section, visitors can try to match up voices with the speakers' faces, in an attempt to see if you can "hear" someone's race.

Officials have tried to bring the exhibit to South Carolina in years past but deemed it too expensive. But a new impetus for the project came on June 17, 2015. On that day, authorities say, an armed white man entered the Emanuel AME Church in Charleston and gunned down nine blacks during an evening Bible study. The suspect, Dylann Storm Roof, has since been charged in the killings.

Authorities have said Roof wanted to start a race war. Pictures of him brandishing photos of the Confederate flag led the state of South Carolina to remove it from its Statehouse grounds. A school district in Virginia banned apparel displaying Confederate and other symbols in public schools. The Florida Senate voted to remove the Confederate battle flag from the chamber's official seal.

William Calloway, executive director of the South Carolina State Museum, said that after the Science Museum of Minnesota approached him in February with a chance to launch the exhibit, the museum stepped into high gear to do in just a few months what typically takes nearly a year.

The museum partnered with the Central Carolina Community Foundation and worked with a consultant to train facilitators who will help visitors ingest the powerful information while they tour the exhibit, as well as talk about it afterward.

"A big part of this exhibit is not to leave the visitors hanging," says Calloway. "We do think it will stir emotion."

On Tuesday evenings throughout the summer, the public is invited to come and talk about the exhibit, as well as race issues in general. On June 17, the one-year anniversary of the Charleston shootings, the museum is opening its doors to anyone wishing to pause and reflect on the events of that night and the year since.

For Steve Benjamin, the first black mayor of South Carolina's capital city and first elected in 2010, the exhibit, and the conversations he feels certain it will inspire, will be beneficial for anyone interested in learning more both about what unites and divides us.

As he walked through the exhibit a few days before its opening, the mayor said he also sees the historic flooding that last fall devastated parts of South Carolina — including Columbia — as an important illustration of how tragedies can affect people of all races in massive ways.

"We showed America, we showed the world — even more importantly, we showed ourselves that we're in this together," Benjamin said. "It's not the crisis. It's how you respond to it."

Kinnard can be reached at http://twitter.com/MegKinnardAP. Read more of her work at http://bigstory.ap.org/content/meg-kinnard/