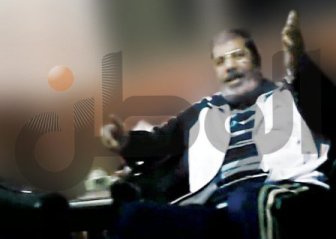 The trial of deposed Egyptian President Mohamed Morsy got off to a raucous start Monday, with a judge twice pausing what was supposed to be a brief opening hearing as Morsy and his co-defendants loudly spoke over him, rejecting the charges and claiming Morsy still was the rightful ruler.

And the recesses were hardly calmer -- while the judge was away, journalists who were calling for Morsy's execution argued with defense lawyers. A fight appeared to break out at one point, according to CNN's Sarah Sirgany, who was in the courtroom.

In the end, the judge adjourned the trial until January 8 so that lawyers could meet with their clients. But not before several wild scenes in the court, where more than 100 observers looked on.

Morsy helped set a tone of defiance when he walked in, wearing a suit as opposed to the white uniforms of his co-defendants. Throughout, he refused to recognize the court's legitimacy and made it clear he still considered himself President.

Morsy appeared with seven co-defendants; seven others are being tried in absentia. The charges stem from protests last December 5 over a constitution he shepherded into effect. Egyptian authorities have accused Morsy and his staff of ordering supporters to attack protesters after guards and members of the Interior Ministry refused to do it.

Morsy, whom the military removed from office in a coup on July 3, is not among the 11 defendants accused of using force. The 11 are charged with killing three men, torturing 54 people and possessing weapons.

But Morsy is charged with treason, an offense punishable by death.

Defendants chant: 'Down with military rule'

Monday's proceeding was unruly even before it began. Before Morsy and the judge entered the room, some of his seven co-defendants chanted "down with military rule" and "Morsy is my President" from the dock.

Even some of the defense lawyers, who numbered more than 20, chanted, "the people support the resilience of the President."

The military deposed him in July, with detractors saying he was a tyrant trying to impose conservative values. Supporters, including the Muslim Brotherhood, have said the coup was a power grab by the military and elements of the old Mubarak regime.

"I am Dr. Mohamed Morsy, the President of the republic," Morsy said. "The coup is a crime and ... treason."

This led to chaos, with a number of people -- lawyers, journalists, the judge -- trying to speak at once, and Morsy repeating himself to make sure he was heard.

With no one able to hear anyone clearly, the judge called a recess for more than an hour. Upon returning, the judge let the prosecutor present the charges. Several defendants responded to the charges by proclaiming they rejected the court.

The judge never returned to the courtroom: He sent a court official after the second recess to announce the adjournment until January 8.

Outside the police academy where the trial was being held, more than 100 pro-Morsy demonstrators faced a cordon of security forces behind barbed wire.

The demonstrators waved flags and chanted loudly against the military, which deposed Morsy four months ago, and against Egypt's interim government.

Some protesters attacked television news crews they claimed were not reporting the truth, but that incident was brief.

Several hundred people have died in clashes between pro-Morsy demonstrators and security forces since the military removed him.

Authorities have warned they will crack down on any violent protests tied to the trial.

Defense lawyer Mohamed El-Damaty told CNN that Morsy's team will argue that it is illegal under the constitution approved under Morsy to try a President without approval of two-thirds of the members of the parliament. The military suspended that constitution, but the court could honor it, El-Damaty said.

Morsy had been held at an undisclosed location since the coup. Amnesty International has described his detention as an "enforced disappearance." After Monday's hearing, Morsy will be taken to the Borg El-Arab prison in Alexandria, state-run TV reported.

It wasn't immediately clear after Monday's proceedings whether Morsy will accept the lawyer provided to him, as accepting legal representation could be perceived as acceptance of the court and the trial.

Morsy's Islamist Freedom and Justice Party, the political wing of the Muslim Brotherhood, assigned lawyer Mohamed Selim El-Awa to him. El-Awa argued Monday that the court doesn't have jurisdiction to try Morsy, and that Morsy was illegally held -- asserting that anything gleaned during his detention would be null and void.

Lawyer Rajia Omran, who represents victims of the December clashes, repeatedly argued that this isn't a political trial -- saying she'd been working on the case since December, months before Morsy's ouster.