Jo Ann Hardesty to Run for Council in 2018 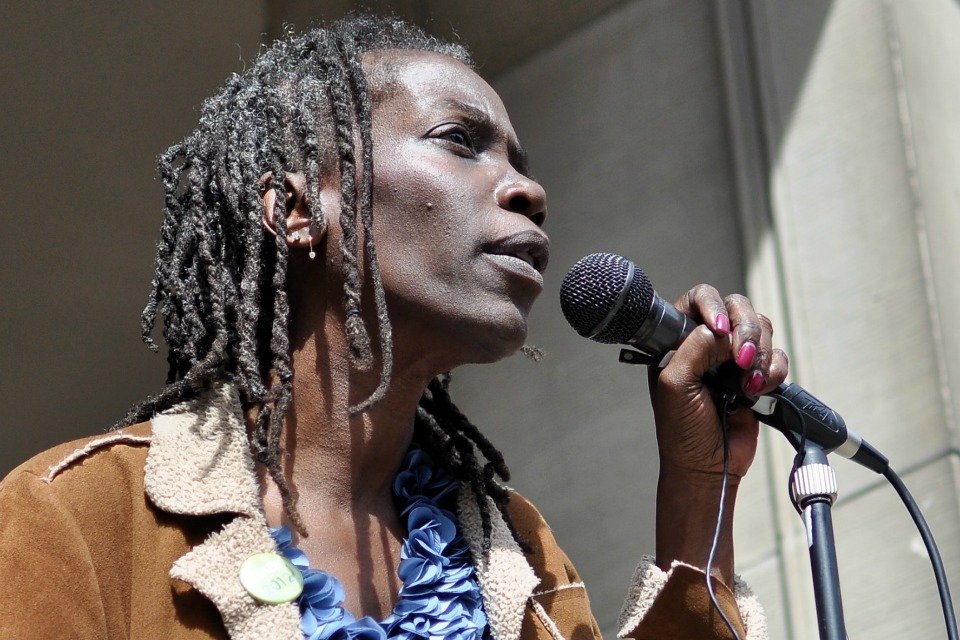 The announcement wasn’t a surprise – she has hinted at a council run since October 2016 -- but the way she announced it was.

According to stories published in Willamette Week and the Portland Tribune Friday, Hardesty visited Saltzman’s office and asked him to retire and endorse her candidacy.

“I think he was a bit shocked by the question. His first question was, why him?” Hardesty told The Skanner Monday. There are two seats open in 2018 – positions 2 and 3 – and positions aren’t geographically restricted, so candidates can run for any position on the commission. “My response was, [it’s] because he’s been there for a very, very, very long time and it seemed appropriate to have new leadership there.”

Saltzman announced his intent to seek re-election in December. He has served on the city commission since 1999, making him the most senior of its five members.

“As I announced a couple of months ago, I am running for re-election, and I’ve been incredibly gratified by the support I am receiving from the community.  I look forward to the campaign,” he said in a written statement to The Skanner.

If Hardesty is elected, she would be the first woman of color ever to serve on the council. Portland has had just two commissioners of color – both Black men – in its history. Journalist Richard Bogle served from 1984 to 1992. Charles Jordan, the city’s first Black commissioner, served from 1974 to 1984. Commissioner Chloe Eudaly, who was elected last fall, is the eighth woman ever to serve on the council.

Hardesty stepped into her current role with the NAACP in early 2015. In that role, she’s created a Just Energy Campaign for policy to ensure low-income people and people of color benefit from changes to environmental regulations and submitted a bid to have Portland host the national NAACP conference in 2020. She also made waves in January announcing the NAACP Portland Branch had withdrawn its support from the anti-Trump Women’s March.

Hardesty served in the Oregon legislature between 1997 and 2001 and ran for Multnomah County Chair in 2001.

Since Friday, Hardesty said she has received an “overwhelming” outpouring of support.

Hardesty has said she will need to raise $250,000 for the campaign. That number comes from “knowing there’s an incumbent in office who has the ability to raise significant resources,” she said.

“It’s not a presidential election year, which means that the turnout will be significantly less than it would be if it was a presidential year. And so it is my job to make the case to voters as to why they should participate in this election, and then why they should vote for me,” she said. “And unfortunately, you can’t do that without money.”

Her campaign website includes a platform that emphasizes four areas of policy: access, jobs, housing and policing. Here’s what she told The Skanner about each plank.

She also said she was “very troubled” by the police response to the Aug. 6 demonstrations downtown – and that she hopes Mayor Ted Wheeler will continue to challenge Multnomah District Attorney Rod Underhill on the 48-hour rule.

“I don’t think it’s the people’s job to come to the elected leaders. I think it’s the elected leaders’ job to be accessible to the people they serve. If I’m on the city council, we can have that conversation publicly and we can get other city councilors on the record as to whether or not they share that same value system – and if they do, then let’s make some changes.”

The city needs to “think differently” in order to survive the housing crisis, and should consider more housing that includes support for people who can’t live independently – as well as multigenerational housing. Hardesty was also critical of the housing measure passed last fall. “We will be building the most expensive affordable housing units on the planet under the current housing commissioner, because they squandered two years of meetings and couldn’t come up with a plan that didn’t call for, under a state of emergency, housing at $240 to $255 per unit,” Hardesty said.

“We still have 70 percent of the housing that’s under construction are luxury units – for who? And in a city under a housing emergency, how could we allow that to happen? But unfortunately, I don’t hear or see those critical conversations taking place at city hall,” Hardesty said. I know that Commissioner Eudaly has been, you know, a voice in the wind because she doesn’t seem to be getting a lot of support to think differently than we’ve always thought. I don’t say that I come in with all the answers, but I’m saying I’m willing to be innovative. I’m willing to think differently than we’ve thought in the past. I’m willing to try differently models because I know everybody doesn’t need the same type of housing.”

“The best anti-crime program is living-wage jobs, but the city has failed communities of color and low-income people over and over and over again -- when it comes to public contracting, when it comes to apprenticeship training programs, when it comes to really investing resources in the people in the community that have been most impacted by gentifrication and climate change. The Portland Just Energy Measure, I am so thrilled that we have voted to put that on the May ballot. I will be a chief petitioner, and so that will be a key part of my platform – developing a new, emerging industry, a green industry prioritizing the people that have been left out of the economic engine of our state.”