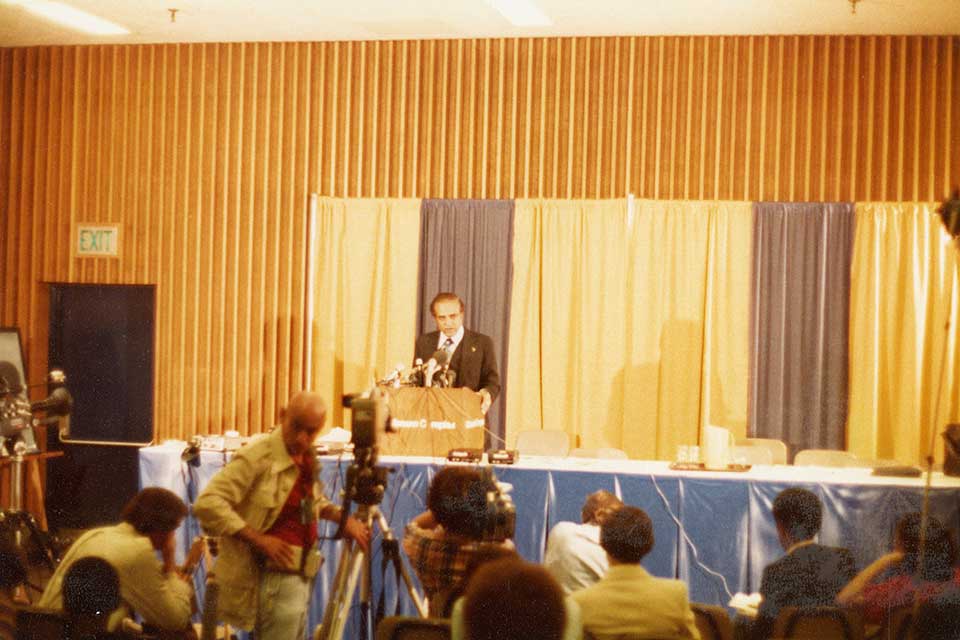 Representatives of the NAACP Portland Branch and Travel Portland made a bid Tuesday to host the organization’s national conference in 2020.

Branch president Jo Ann Hardesty, along with representatives from Travel Portland and Metro, traveled to Baltimore this week for the 108th annual NAACP conference, where national organizers accepted bids for the 2019 and 2020 conferences.

A Friday press release announcing the local branch’s plan to bid acknowledged Portland, which Census figures say is Whitest major American city, may be a counterintuitive choice for the event. Recent conference hosts include Cincinnati, Philadelphia, Las Vegas and Houston – all of which have larger populations of racial minorities than Portland.

“There is a lot that we do well in Portland and I want to highlight that, but we continue to also suffer from our legacy as an unwelcoming place for Blacks, immigrants and Native populations,” Hardesty said in the release. “While I will sell all the positives I will also seek assistance in addressing the systemic inequality built into the fiber of our state.”

James Jessie, the senior vice president of sales for Travel Portland, who helped put together the Portland team’s bid, said historically, NAACP conferences have been held in cities that may have problems or issues organizers want to highlight.

“Our platform will be built on how welcoming this community would be but also recognizing there are problems -- and certain tags of Portland being the whitest city in America, of having a racist past. There are certain things that you recognize are out there,” Jessie told The Skanner. “We look at it from a standpoint for opportunity and use that platform to address those issues.”

The organization’s national conferences also bring in large numbers of delegates -- about 6,000, Jessie said. Travel Portland estimates the conference would bring about $6.7 million to Portland’s economy. Jessie also said the event would come on the heels of two other large conventions scheduled for the same time period: the Church of God in Christ, he said, is scheduled to hold a Portland conference May of 2020, which 9,000 people are expected to attend; the National Conference on Race and Ethnicity, facilitated by the University of Oklahoma, is expected bring about 1,800 people to Portland in May of 2019.

Jessie said the bidding team expects to find out within two to three weeks whether the bid made it to the next stage, but doesn’t expect a definitive answer for several more months.