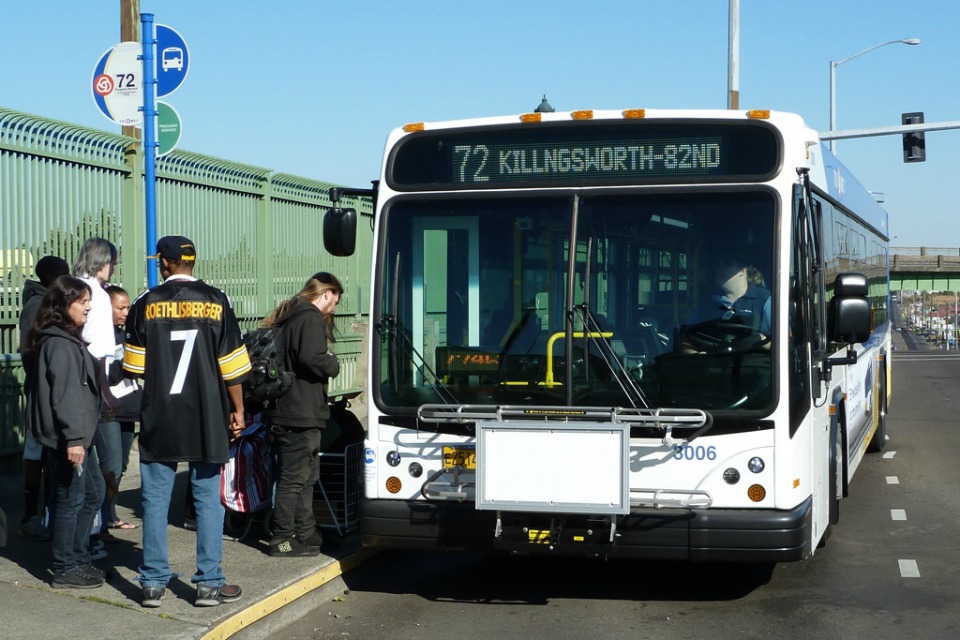 TriMet has announced it will be adopting a low-income fare program – a plan which has been bouncing between the transit agency and local advocates.

The program, said TriMet, has been made possible through the passing of Oregon’s transportation package which, at $5.3 billion, funnels investments into transit across the state. Alongside a low-income fare, TriMet will also expand bus service.

“We couldn’t, as a region, move forward until a funding mechanism was established,” said Roberta Altstadt, manager of communications at TriMet.

The low-income fare program is the work for TriMet’s task force, along with community stakeholders and advocacy groups like Bus Riders Unite , which together have pooled data on the costs and feasibility of such a program.

Once implemented, the low-income fare will cut the regularly priced ticket in half, from $2.50 to $1.25.

Individuals that make less than double the federal poverty level, or $24,120, could be eligible for the reduced fare. Likewise, a family of four with earnings up to $49,200 would also qualify.

BRU, a project of Environmental Justice Oregon that represents transit-dependent people, has been advocating for a fare reduction for years, launching an official campaign in March 2016. Last September, the group met with TriMet’s board to share its ideas.

“We know that the cost of living here in Portland has been increasing dramatically, so we decided to push for a low-income fare,” BRU organizer Orlando Lopez told The Skanner. “With that, we did an extensive amount of outreach to our community members to get the experience of folks on how transit is unaffordable.”

BRU’s advisory committee looked at the low-income programs of other transit agencies, such as Seattle’s ORCA LIFT, which allows up to a 50 percent discount on fare for income-qualified riders.

Riders’ incomes could be verified a number of ways, said Lopez, suggesting proof through submitted tax returns or automatically qualifying those who collect food stamps or are on the Oregon Health Plan.

Even so, said Lopez, those assistance programs are “not enough to cover the demand we currently see in our communities.”

The bus-riding group is also proposing that the low-fare program offer a monthly pass at a maximum of $28. The standard monthly pass currently goes for $100.

The transit agency asserted that its program is not based on BRU’s proposal, but rather it will be working with community partners to build off the work of its task force.

TriMet also noted that it will look to Seattle to better understand the implementation of a low-income program.

“We’re excited that we’re going to be able to do this, with the transportation package passing, but we’re still a ways out,” said Altstadt. “It’s really very early in the process for us.”

The agency is not expecting to launch the program until 2019, when funds will be available.

BRU, however, said it plans to put pressure on TriMet to make the low-income fare available sooner. The group argues that TriMet could simply build upon the infrastructure that already exists, citing the recently launched electronic Hop fastpass, which streamlines commutes between Vancouver and Portland.

In addition to the low-income fare, TriMet told The Skanner that it’s moving forward on a plan to offer reduced fines for certain fare evaders, which will make it easier for transit violators to clear their records.