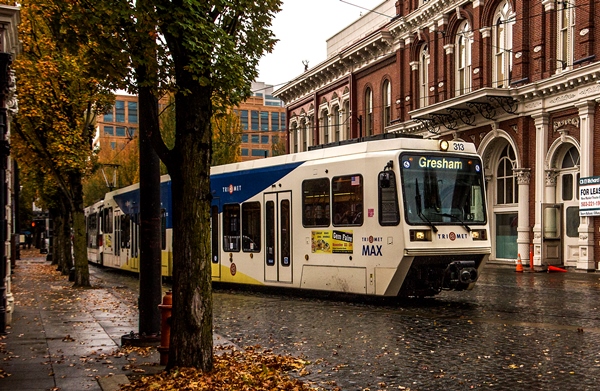 Now the agency has hired a consulting firm to look into the feasibility and cost-effectiveness of charging some riders less, if they meet certain income criteria.

In May the Oregonian reported that TriMet has hired Four Nines Consulting to analyze how much it would cost to provide reduced fares for households at certain income levels, and the potential costs of subsidies ranging from a 25 percent discount to a free fare.

“We’ve been tracking the issue of low-income fares for a few years since they’ve begun to be implemented in the transit industry,” said TriMet spokesperson Mary Fetsch. “About a year ago we started exploring the idea as part of our future Hop Fastpass™ efare system that was under development. We’ve also discussed the idea with our Transit Equity Advisory Committee (TEAC), and others, including APANO and OPAL. We recently issued an RFQ to research the issue and find out if it was feasible, including costs and whether it expanded access to transit for low-income riders beyond our current Access Transit programs targeted at low-income riders. Once research is complete, we’ll begin a broader discussion with partners and other regional leaders.”

Lopez told The Skanner News the Bus Riders Union has been considering proposing a low-income fare since last year, but didn’t launch a public campaign until early 2016. He also noted OPAL plans to perform its own analysis of the potential impact of a low-income fare to present to Tri-Met’s board by July.

Transit systems in both Seattle and San Francisco already offer reduced fares for low-income riders. According to Lopez, the ORCA Lift program – which King County Transit instituted last year – was initially estimated to cost $20 million in lost revenue but has so far actual costs have been under budget. ORCA Lift riders pay $1.50 per ride, where regular adult passengers pay anywhere from $2.25 to $3 depending on the time they ride and number of zones they visit. To qualify, a rider in a one-person household must make $23,760 or less.

TriMet currently offers fare assistance and fare relief programs to qualifying non-profit organizations that serve low-income people. Seniors and people with disabilities – who are disproportionately likely to live in poverty, whether they work or not -- can also qualify for reduced fares through TriMet’s honored citizens program. Fetsch said in 2014-15 the agency distributed 125,000 tickets/day passes and 12,000 monthly passes through its fare assistance and fare relief programs.

Fetsch said TriMet does not have data on riders’ income levels, but just wrapped an on-board survey about fares and is currently compiling the results.

Lopez said Portland’s housing crisis – which is pushing lower-income residents, including transit-dependent residents – further and further from their workplaces was a major catalyst for the low-income fare campaign. Increases in housing costs across the metro area have impacted poorer residents’ ability to manage other expenses, including public transportation.

“We have folks who are spending $5 per day because they can’t afford to buy a monthly pass upfront, so they often spend more than $100 per month [the cost of a monthly TriMet pass] on public transit,” Lopez said. “Often they are transit dependent.”

Bus Riders United will also hold a forum from 6 to 8 p.m. this Friday at 8114 SEDivision St.