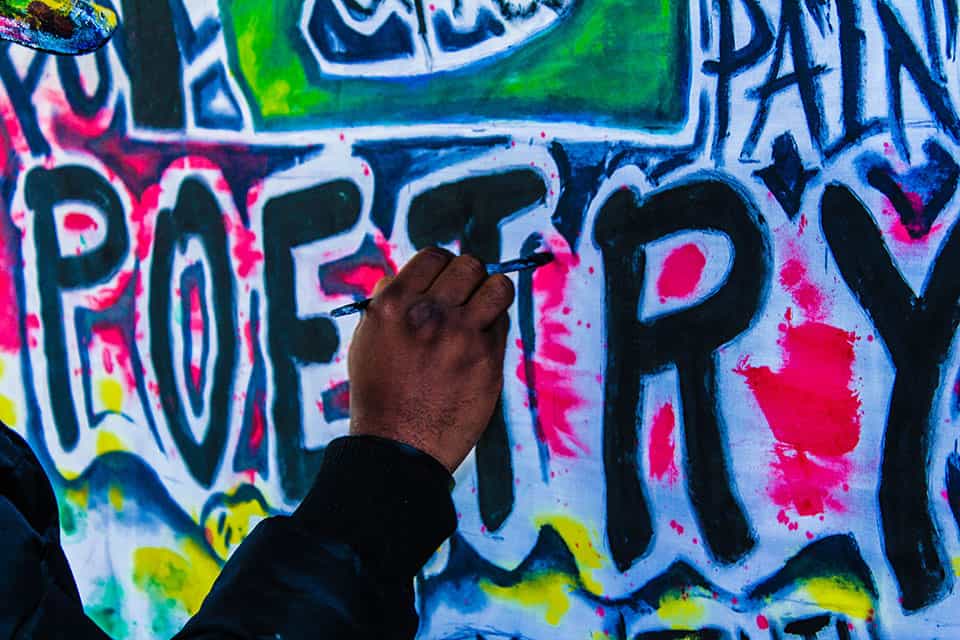 MONTGOMERY, Ala. – The Civil Rights Memorial Center is partnering with New York Times bestselling author Kwame Alexander to produce a community poem for a new exhibit that will be featured at the Center when it reopens later this year. The public is invited to submit poems to be considered for the exhibit, the CRMC announced today.

The final poem will be the combined work of multiple contributors across the United States using the theme racial justice and human rights. It will be displayed on a digital screen in the final gallery of the CRMC where visitors can pause for a moment of truth and reflection at the end of their tours. The exhibit will also be motion-activated. As visitors enter the room, their movement will activate an audio version of the poem that will be read aloud.

“We are asking people from across the United States to submit their original poems as a creative way to share their thoughts and feelings about social justice,” Tafeni English, director of the CRMC, said.

“Poetry shapes us, gives us hope and prompts us to think more deeply.

"I am excited about the prospect of receiving submissions from people across the country for this special new exhibit.”

The concept beyond the exhibit is inspired by a similar project Alexander led for National Public Radio’s Morning Edition. As NPR’s poet-in-residence, Alexander helped create “Running For Your Life,” a community poem in response to the murder of Ahmaud Arbery, a 25-year-old Black man who was brutally gunned down by two white men in Glynn County, Ga. last February.

For the CRMC exhibit, members of the community are asked to submit an original poem with the themes of racial justice and human rights. It can be any length but must begin with “Remember” or “If you.” Alexander will select lines from multiple submissions and combine them into one single community poem for the CRMC exhibit.

"A poem has the power to reach inside our hearts, to ignite something in us, and to change us in ways never imagined,” Alexander said. “And, when you use poetry to tell an important story like this – the inspirational journey of civil rights in America – it can change us, for the better. I believe this community poem will help us all become more human. And, that's a good thing."

Anyone living in the United States can submit a poem for consideration. Submissions will be accepted from February 10-March 10, 2021.

The CRMC is an interpretive center operated by the Southern Poverty Law Center that includes interactive exhibits about martyrs of the modern Civil Rights Movement. The community poem is a part of several updates that are being made in advance of the Center’s reopening following an emergency closure in March 2020 due to the COVID-19 crisis.