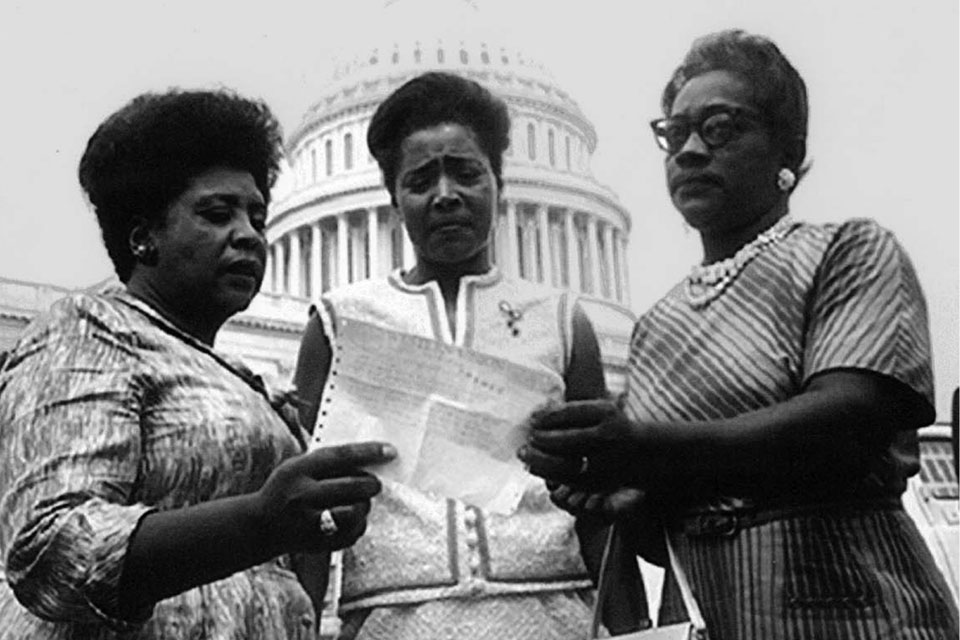 As Oregon and all of America approaches the 2020 elections, the Democratic Party of Oregon Black Caucus invites you to reflect upon the 2020 National Black History Month theme, “African Americans and the Vote.” This highly relevant theme calls for the commemoration of two anniversaries — the 150th anniversary of the ratification of the Fifteenth Amendment, by which Black men gained the right to vote after the Civil War, and the 100th anniversary of the ratification of the Nineteenth Amendment, by which women won the vote. Yet, as we celebrate these constitutional milestones, history is a constant reminder of their limitations — the recognition of both the progress and the setbacks for African American men and women. 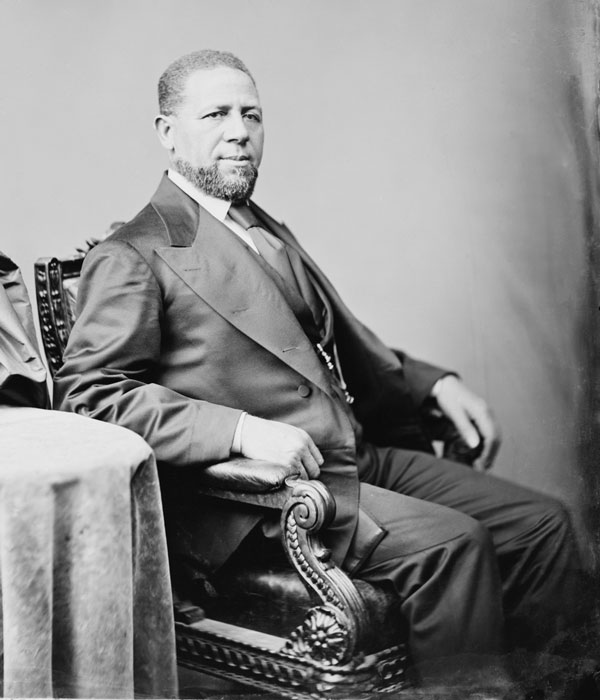 Hiram Rhodes Revels, (born September 27, 1827, Fayetteville, North Carolina, U.S.—died January 16, 1901, Aberdeen, Mississippi), American clergyman, educator, and politician who became the first African American to serve in the U.S. Senate (1870–71), representing Mississippi during ReconstructionIn reflecting upon the hard-fought battles for the right to vote, a right so fundamental to democracy, we remember many Black American heroes: Senator Hiram Revels of Mississippi, Congressman Robert Brown Elliott of South Carolina, Governor P.B.S. Pinchback of Louisiana, and all the other Black elected officials who courageously stood up for the rights of their people during the Reconstruction Era of the 1870s and beyond. We likewise celebrate the “uncelebrated” in freedom’s first generation who lost their lives for simply attempting to register to vote, or to exercise their right at the ballot box, as was the case in the Colfax Massacre in Louisiana in 1873.

Of equally great significance, in reflecting upon the theme, “African Americans and the Vote,” we champion the work of Black suffragists — Mary Church Terrell, Ida B. Wells-Barnett, and Nannie Helen Burroughs, who organized the votes of Black women under the banner of being “in politics to stay” during the 1920s. In spite of these heroines, however, the celebration of Black History Month again reminds us that the great majority of Black women, just as Black men, in the South could not wield the ballot until the Voting Rights Act of 1965. Even then, the vote came at a dangerous cost, including beatings, loss of economic livelihood, and even death to many warriors of the civil rights movement.

As Oregon and all of America approaches the 2020 elections, and as we reflect upon “African Americans and the Vote,” our Black History Month celebration would be incomplete without recognizing the current work of Ms. Stacy Abrams. Abrams, who is leading the national battle against voter suppression, became the first Black woman to receive a major Party nomination for governor in any state, in her home state of Georgia. In her own passionate words, she says, “I have the right to do the things I think I should do. My gender and race should not be limitations.” Accordingly, Abrams has founded Fair Fight 2020, which aims to educate Black voters and urge them to go to the polls and vote. Abrams counsels all Black Americans to “overwhelm the system to thwart voter suppression nationally.”

In our celebration of Black History Month 2020, the DPO Black Caucus looks forward to the screening of the award-winning documentary, “Standing on My Sisters’ Shoulders.” We can think of no better way to reflect on “African Americans and the Vote” than to honor the commitment, bravery and leadership of many courageous Mississippi civil rights heroines. After seeing this documentary, hopefully, we will never forget Fannie Lou Hamer, Annie Devine, Unita Blackwell, Mae Bertha Carter, or Victoria Gray Adams.