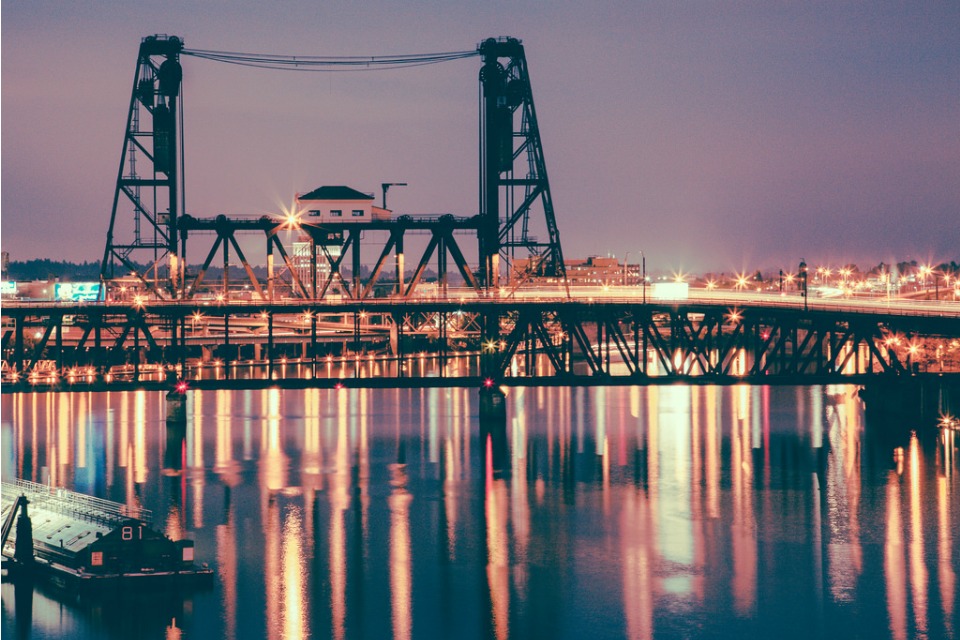 By Melanie Sevcenko | The Skanner News
Published: 18 May 2017

Gearing up for its 60th anniversary next year, the Portland Development Commission has revamped its image with a new name and website.

Now known as Prosper Portland, the $200,000 rebranding will, according to agency spokespeople, more clearly convey the agency’s trajectory.

The change follows another public agency that ditched its traditional title for a more approachable one: in 2011, the Housing Authority of Portland became Home Forward and launched a fresher, more progressive identity.

“The word ‘prosperity’ really stuck as being aspirational,” Prosper Portland’s executive director, Kimberly Branam, told The Skanner. “To prosper means to flourish and thrive, so it felt like what we were striving for.”

Prosper Portland is also the name of a failed Portland Police Bureau anti-homelessness campaign from 2014. But Branam said she’s confident that any association with the short-lived police initiative won’t linger for long.

This is also not the agency’s first name change. It was initially called the Department of Development and Civic Promotion, before becoming the Portland Development Commission in 1958.  Its sole purpose was to serve as the city’s urban renewal and redevelopment agency, which included “slum clearance,” as noted in its original charter amendment resolution.

While some Portlanders might be side-eying the timing of the rebrand – Prosper Portland has its plate full with a $220 million budget for ongoing renewal strategies in targeted neighborhoods, along with the possible redevelopment of the 13.4-acre lot of the Pearl District post office – the agency has worked to change its public image for years.

Halfway through its five-year strategic plan, released in 2015, Prosper Portland wanted to embrace a name that was more reflective of its current work – less urban renewal and more equity-building.

Through a 2007 effort by former Mayor Tom Potter, the city council now holds tighter reins over the agency, acting as its budget committee. Today, Prosper Portland says it’s a fundamentally different agency since its inception in 1958.

“It’s really important for your brand to align with your actions, and we have been changing our actions for the last 10 years – toward being more focused on equity, inclusion and economic  growth, for all Portlanders, and particularly those that have been historically underserved,” said Branam.

To help shape its new identity, the agency worked with a consulting firm to survey its stakeholders, along with an analytics company to carry out polling and focus groups with communities of color.

Its new homepage is teeming with images that promote diversity, while offering stats on Prosper Portland’s efforts towards equity.

And the objective is clear: Prosper Portland is working to close income disparity between Whites and people of color through programs focused on job and asset growth. Of the 309 businesses served by the agency’s micro and small business development program in 2015 and 2016, 249 were businesses of color.

But it wasn’t always like this. Decades before, in 1970, the agency greenlit the Emanuel Hospital's expansion, leading to the razing of close to 300 homes and businesses in the Black community of Northeast Portland. Since then, urban renewal has displaced long time tenants and sky rocketed rents.

It’s also responsible for gentrifying the River District – encompassing the Pearl, Old Town/Chinatown, and the Broadway Corridor – and rebuilding the downtown waterfront. While renewal has brought businesses and professionals in, it’s also taken multicultural neighborhoods out.

For more than a half a century, the PDC has "contributed to the destructive impact of gentrification and displacement on the African American community," stated former executive director Patrick Quinton, back in 2014.

That admission came on the heels of public outrage by the Portland African American Leadership Forum, which fiercely opposed a PDC-backed Trader Joe’s proposal at a vacant lot on Martin Luther King Jr. Blvd.

Jeana Woolley has worked closely with the agency in the past, as a real estate developer and secretary of the Black Investment Corporation for Economic Progress Inc. She told The Skanner that she’s pleased with the rebrand, as long Prosper Portland rethinks how it does business with underserved neighborhoods.

“It must also make major organizational and cultural changes to live up to the new brand's message and spirit,” she continued.

In the three years since the Trader Joe’s deal fell through, Prosper Portland has made considerable strides to atone for its sins through a swath of programs, many of which aim to increase jobs and boost economic opportunity for communities of color.

Moreover, the agency launched Mercatus in June 2016, a website that highlights the stories of entrepreneurs of color, well as the Inclusive Startup Fund, managed by Elevate Capital, which provides early-stage investments for companies founded by underrepresented groups. Its first class of women, African American and Latino founders raised more than $6 million in investments.