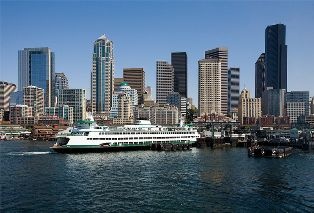 After taking over the West Seattle Water Taxi from a private company, King County officials have managed to triple the cost to taxpayers and drive passengers away. This is a decision that needs rethinking.
From 1997 to earlier this year, King County successfully contracted with Argosy Cruises, a private ferry company based in Seattle, to operate the water taxi, which runs from downtown to West Seattle.
Led by then-Councilmember Dow Constantine, King County officials recently decided to cancel the partnership with Argosy Cruises and take over the operations of the West Seattle Water Taxi themselves. In April of this year, the county began operating the route and implemented year-round service.
The decision was a costly one for county property owners.
King County's labor costs alone are higher than the entire annual operating budget under the public/private model run by Argosy, and county officials admit that so far ridership is lower than when Argosy managed the route.
With the county's takeover, property owners will pay about $30 million more over the next decade than they would with Argosy Cruises. These higher costs are a direct result of more-expensive union labor and capital expenses that are unnecessary with the public/private model.
In 2009, Argosy operated the route from April through October and provided a record 200,000 passenger trips, a 21-percent increase over the previous year. The total cost for seven months of operations was $808,000 in 2009, or about $115,000 per month.
In 2010, the county's total cost for nine months of operation is about $3.05 million per year, or about $339,000 per month. Labor costs alone amount to $1.2 million, or $133,000 per month.
Argosy Cruises supplied its own vessels. Under the county-run operation, officials must lease a boat for about $32,000 per month, or $384,000 per year. Including these lease expenses brings annual costs of a public operation to $3.34 million or $371,000 per month in 2010.
County officials plan to purchase two multimillion-dollar vessels in the future, which taxpayers would also be on the hook for.
Annualizing costs shows Argosy Cruises is able to provide the same service for much less money than a strictly public operation.
It would cost about $18.6 million over the next 10 years to operate the West Seattle route year-round under the public/private arrangement. Based on the current 2010 and 2011 budgets, costs triple to about $48 million to operate the route under a strictly public model over the same time period.
Allowing Argosy Cruises to operate the water taxi would save county taxpayers nearly $30 million over the next 10 years, without any reduction in service to the public.
County officials dispute the degree to which their in-house operation is more expensive but in typical government fashion, to narrow the gap, all they do is exclude some of their expenses. Defending the more expensive service through such accounting tricks hides the true cost.
By letting a private operator run the ferry — a model that worked successfully for many years — officials would not only save millions of dollars over the next 10 years, but also provide employment opportunities for a local company.
The West Seattle Water Taxi should be a transportation service for the public, not a costly jobs program for union labor.
In this case, Argosy has proved that a public/private arrangement serves the public interest and is the most efficient model to manage the West Seattle route.
Michael Ennis is transportation director at Washington Policy Center, a non-partisan independent policy research organization in Washington state. For more information visit washingtonpolicy.org.

Photo by Jamies courtesy of Wikipedia.