The May 18 Primary Elections offer rich opportunities for voters – whether you're seeking change or ready to invest in the wisdom of incumbents, this election offers an unusual bounty of worthy leadership. Unfortunately many of these worthy potential leaders are facing off against each other.
In these candidate endorsements by The Pacific NW Minority Publishers Association, you will find a mix of incumbents and new hands. With so many key positions up for grabs, it pays to be strategic in choosing the best people to face some of the worst times for elected officials in a generation.
For U.S. Senator, we endorse incumbent Ron Wyden. In U.S. Representative districts, we are making no endorsements among Republican candidates. In District 1, we support David Wu.
For Oregon Governor, we're supporting Bill Bradbury for the Democratic nod, and Chris Dudley for the Republican race. Former Governor John Kitzhaber's time is past, and his background in health care reform will almost certainly make him a national target for right-wing attacks. Bradbury has been in state government since 1981, and boasts the support of national leaders who can help him raise the funds he'll need to defeat the likely Republican challenger, Chris Dudley.
For Oregon State Treasurer, we support State Sen. Rick Metsger. Unlike his opponent Ted Wheeler, Metsger knows the territory of state politics; yet he is enough of an outsider to the treasurer's department that he is untainted by the current investment officer scandal still playing itself out in the headlines.
In the state senate, almost no seats have any competition; however in District 24, we'd like to see a change of representation under the leadership of business owner Dave Mowry.
State representatives, too, have little competition, but we do wish to support 44th District Democrat Tina Kotek in her race.
At Multnomah County, we support Jeff Cogan for the chair position – however we feel he needs to pay at least as much attention to the blood and guts issues of poverty and mental health crisis as he does to "sustainability."
For Multnomah County Commissioner District #2, we are behind Loretta Smith – but this race in particular has attracted a long roster of worthy individuals who each belong in local elected office.
The three Metro president candidates are also extremely talented and worthy individuals; we support Bob Stacy because of his blend of experience and vision. The same is true for the Metro Councilor #1 race, in which we endorse Shirley Craddick.
While we understand why so many people are calling for change n the Portland City Council, after weighing all the options we are firmly supporting the incumbent candidates Nick Fish and Dan Saltzman. Yes Saltzman, and the rest of the council, should show more background on police issues – but law enforcement is only one part of their focus. On the children's initiative, the parks bureau and in other areas, Saltzman in particular has built up smart ideas into concrete realities.
Don't forget to cast your vote, and let us know: What do you think? 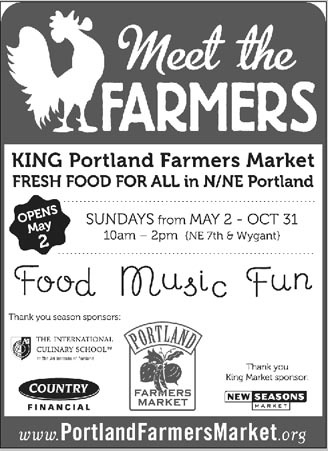 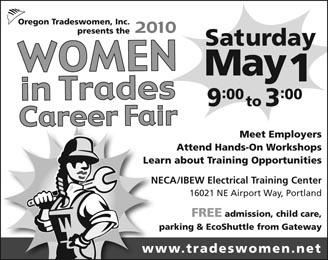