How Food Became the Perfect Beachhead for Gentrification 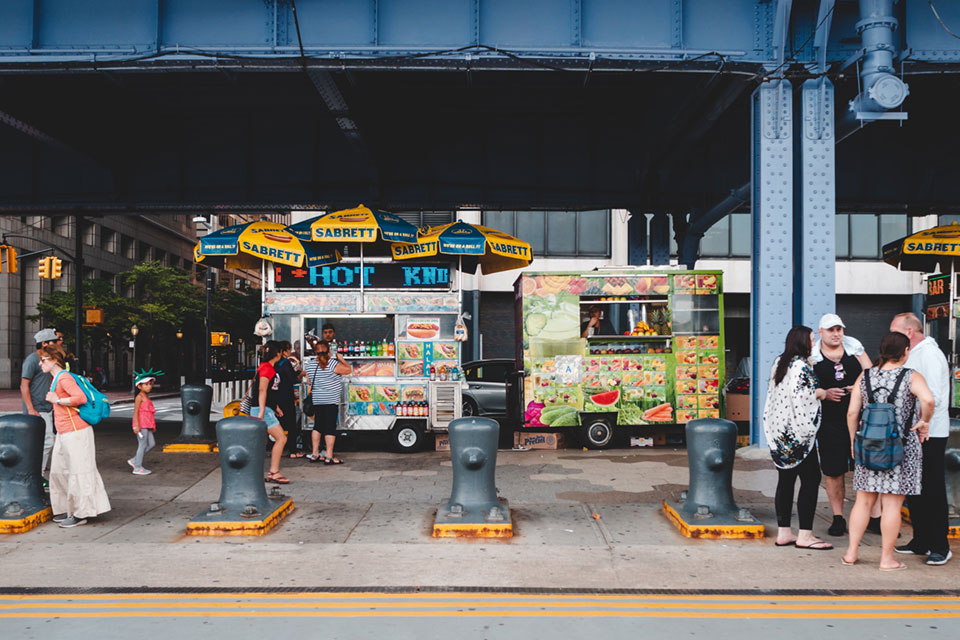 Everybody, it seems, welcomes the arrival of new restaurants, cafés, food trucks and farmers markets.

What could be the downside of fresh veggies, homemade empanadas and a pop-up restaurant specializing in banh mis?

But when they appear in unexpected places – think inner-city areas populated by immigrants – they’re often the first salvo in a broader effort to rebrand and remake the community. As a result, these neighborhoods can quickly become unaffordable and unrecognizable to longtime residents.

Stoking an appetite for gentrification

I live in San Diego, where I teach courses on urban and food geographies and conduct research on the relationship between food and ethnicity in urban contexts.

In recent years, I started to notice a pattern playing out in the city’s low-income neighborhoods that have traditionally lacked food options. More ethnic restaurants, street vendors, community gardens and farmers markets were cropping up. These, in turn, spurred growing numbers of white, affluent and college-educated people to venture into areas they had long avoided.

This observation inspired me to write a book, titled “The $16 Taco,” about how food – including what’s seen as “ethnic,” “authentic” or “alternative” – often serves as a spearhead for gentrification.

Take City Heights, a large multi-ethnic San Diego neighborhood where successive waves of refugees from places as far away as Vietnam and Somalia have resettled. In 2016, a dusty vacant lot on the busiest boulevard was converted into an outdoor international marketplace called Fair@44. There, food vendors gather in semi-permanent stalls to sell pupusas, lechon (roasted pig), single-sourced cold-brewed coffee, cupcakes and tamarind raspado (crushed ice) to neighborhood residents, along with tourists and visitors from other parts of the city.

A public-private partnership called the City Heights Community Development Corporation, together with several nonprofits, launched the initiative to increase “access to healthy and culturally-appropriate food” and serve as “a business incubator for local micro-entrepreneurs,” including immigrants and refugees who live in the neighborhood.

On paper, this all sounds great

But just a few blocks outside the gates, informal street vendors – who have long sold goods such as fruit, tamales and ice cream to residents who can’t easily access supermarkets – now face heightened harassment. They’ve become causalities in a citywide crackdown on sidewalk vending spurred by complaints from business owners and residents in more affluent areas.

In all of these places, because “ethnic,” “authentic” and “exotic” foods are seen as cultural assets, they’ve become magnets for development. 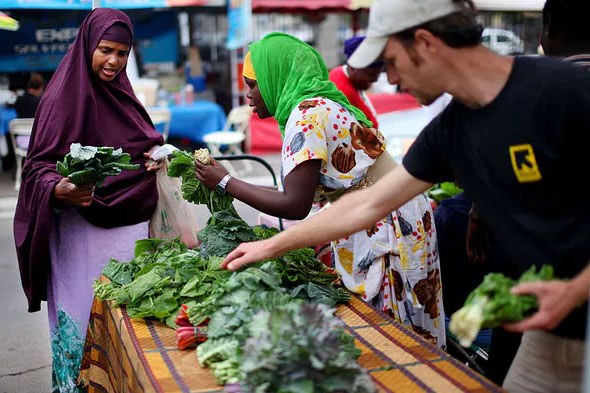 Cities and neighborhoods have long sought to attract educated and affluent residents – people whom sociologist Richard Florida dubbed “the creative class.” The thinking goes that these newcomers will spend their dollars and presumably contribute to economic growth and job creation.

Food, it seems, has become the perfect lure.

It’s uncontroversial and has broad appeal. It taps into the American Dream and appeals to the multicultural values of many educated, wealthy foodies. Small food businesses, with their relatively low cost of entry, have been a cornerstone of ethnic entrepreneurship in American cities. And initiatives like farmers markets and street fairs don’t require much in the way of public investment; instead, they rely on entrepreneurs and community-based organizations to do the heavy lifting.

In City Heights, the Community Development Corporation hosted its first annual City Heights Street Food Festival in 2019 to “get people together around table and food stalls to celebrate another year of community building.” Other recent events have included African Restaurant Week, Dia de Los Muertos, New Year Lunar Festival, Soul Food Fest and Brazilian Carnival, all of which rely on food and drink to attract visitors and support local businesses.

Meanwhile, initiatives such as the New Roots Community Farm and the City Heights Farmers’ Market have been launched by nonprofits with philanthropic support in the name of “food justice,” with the goal of reducing racial disparities in access to healthy food and empowering residents – projects that are particularly appealing to highly educated people who value diversity and democracy.

San Diego Magazine’s neighborhood guide for City Heights, for example, emphasizes its “claim to authentic international eats, along with live music venues, craft beer, coffee, and outdoor fun.” It recommends several ethnic restaurants and warns readers not to be fooled by appearances.

Many longtime residents and small-business owners – mostly people of color and immigrants – have, for decades, lived, worked and struggled to feed their families in these neighborhoods. To do so, they’ve run convenience stores, opened ethnic restaurants, sold food in parks and alleys and created spaces to grow their own food.

All represent strategies to meet community needs in a place mostly ignored by mainstream retailers.

So what happens when new competitors come to town? 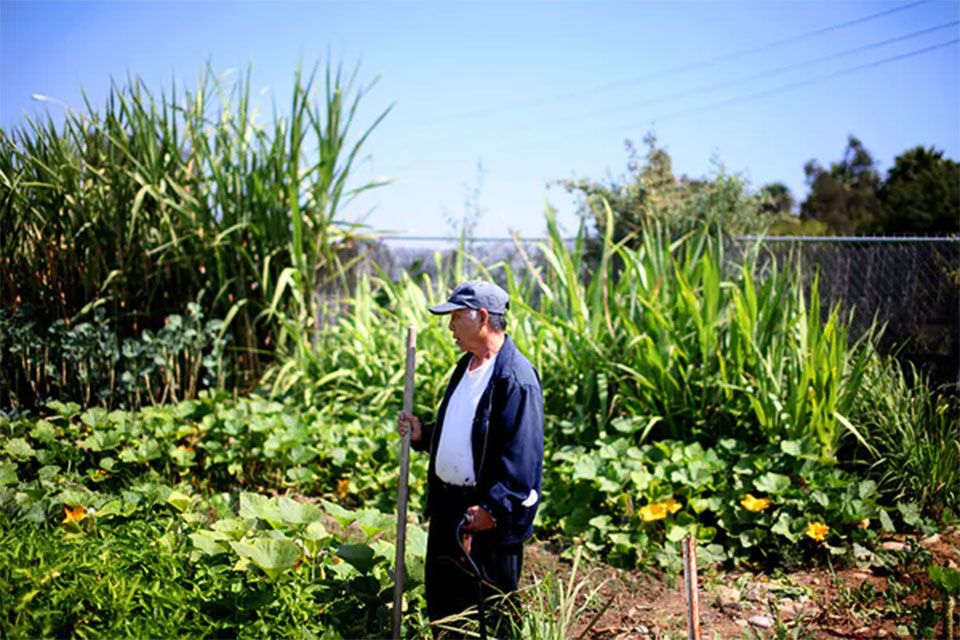 A Vietnamese man tends to his crops at a community garden in San Diego’s City Heights neighborhood. Sandy Huffaker/Corbis via Getty Images

Starting at a disadvantage

As I document in my book, these ethnic food businesses, because of a lack of financial and technical support, often struggle to compete with new enterprises that feature fresh façades, celebrity chefs, flashy marketing, bogus claims of authenticity and disproportionate media attention. Furthermore, following the arrival of more-affluent residents, existing ones find it increasingly difficult to stay.

My analysis of real estate ads for properties listed in City Heights and other gentrifying San Diego neighborhoods found that access to restaurants, cafés, farmers markets and outdoor dining is a common selling point. The listings I studied from 2019 often enticed potential buyers with lines like “shop at the local farmers’ market,” “join food truck festivals” and “participate in community food drives!”

San Diego Magazine’s home buyer guide for the same year identified City Heights as an “up-and-coming neighborhood,” attributing its appeal to its diverse population and eclectic “culinary landscape,” including several restaurants and Fair@44.

When I see that City Heights’ home prices rose 58% over the past three years, I’m not surprised.

Going up against the urban food machine

Longtime residents find themselves forced to compete against what I call the “urban food machine,” a play on sociologist Harvey Molotch’s “urban growth machine” – a term he coined more than 50 years ago to explain how cities were being shaped by a loose coalition of powerful elites who sought to profit off urban growth.

I argue that investors and developers use food as a tool for achieving the same ends.

When their work is done, what’s left is a rather insipid and tasteless neighborhood, where foodscapes become more of a marketable mishmash of cultures than an ethnic enclave that’s evolved organically to meet the needs of residents. The distinctions of time and place start to blur: An “ethnic food district” in San Diego looks no different than one in Chicago or Austin.

Meanwhile, the routines and rhythms of everyday life have changed so much that longtime residents no longer feel like they belong. Their stories and culture reduced to a selling point, they’re forced to either recede to the shadows or leave altogether.

It’s hard to see how that’s a form of inclusion or empowerment.