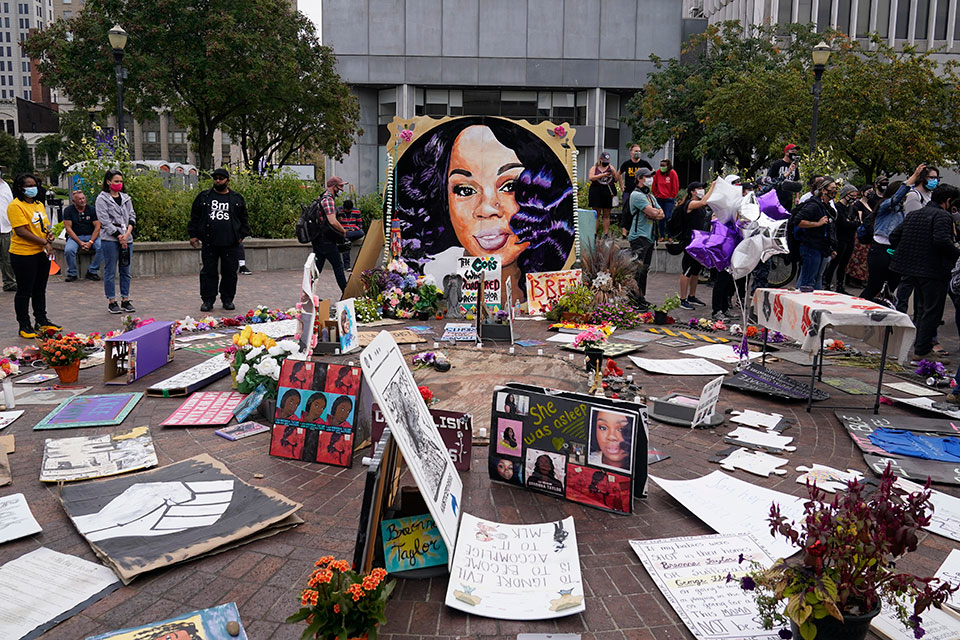 By The Skanner News
Published: 23 September 2020

NEW YORK — Kentucky Attorney General Daniel Cameron today charged former Louisville police officer Brett Hankison with three counts of wanton endangerment of the first degree. Charges were not brought against the other two officers involved in the execution of the no-knock warrant that took Breonna Taylor’s life, and none of the officers were charged directly in her death.

The announcement comes more than six months after Taylor, a 26-year-old Black EMT and aspiring nurse, was shot to death in her own home by Louisville police officers executing a late-night, "no-knock" warrant.

“Today’s charging decision is the manifestation of what the millions of people who have taken to the streets to protest police violence already know: Modern policing and our criminal legal system are rotten to the core. This decision further highlights what was already obvious: To change these systems that routinely perpetuate egregious acts of violence against Black lives, elected officials must listen to the cries of those communities and make sweeping changes — including divestment from these broken institutions and reinvesting in non-police alternatives — so that Black people no longer fear being murdered in their own home.

“Today’s decision is not accountability and not close to justice. Justice would have been LMPD officers never shooting Breonna Taylor in the first place. The charges brought against Officer Hankison state that Hankison violated standard operating procedures when his “actions displayed an extreme indifference to the value of human life.”

The choice to bring these charges alone and so late highlights the indifference to human life shown by everyone involved in Breonna Taylor’s murder.

"That indifference was shown by the other officers who executed the no-knock warrant alongside Officer Hankison, Attorney General Cameron who took six months to bring these lesser charges, and the system that allows these injustices to happen regularly. Until the need for real systemic change is embraced by our leaders, that indifference and disregard for the lives of Black people will continue to be commonplace.

“We will continue to fight alongside the members of the Louisville community and the larger movement to shift power and resources away from the racist and unjust institution of policing that regularly terrorizes our communities and the lives of those that we love.”