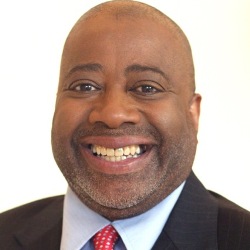 I constantly tell my readers to always remember the key tenant of liberalism is “intent, not result.” To a liberal, the ends always justify the means.
Now I want to paint several scenarios for you.

Liberal orthodoxy implies that they know what you want more than you do, therefore, they should be able to force you to take what they are offering you.

Under each of the above scenarios, you the consumer should get what you want. You, after all, are the customer and you are the one spending the money.

So, I was not surprised in the least at the reaction of liberals last week to a major poll that was released about the Washington Redskins of the National Football League (NFL).

Over the past ten years or so, liberals have been on a national shaming campaign to force sports teams to change the names of any mascot “they” deem offensive, even if the supposed offended group is not offended.

The Redskins have come under enormous pressure from the N.F.L., President Obama, many in Congress, even the mayor of Washington, D.C., Muriel Bowser, to change the team’s name.

The last time I checked, the Redskins are a private corporation and receive no government funds; thus can do what the hell they want to do with their name. If you have an issue with their name, don’t attend their games or watch them on TV.

But, please don’t tell a private entity what they can and cannot do.

Liberals have been claiming that the name Redskins is offensive to Indians; therefore the name should be changed. Since the Redskins’ owner, Daniel Snyder has resisted the pressure to change the team’s name; liberals have branded him a “racist.”

Liberals became apoplectic last week when a poll came out indicating that 90 percent of Indians did not view the name Redskins as offensive to their community. Yep, you heard right.

According to an article in the Washington Times newspaper, “Opponents of the Washington Redskins name struggled to justify their opposition Thursday after an independent poll showed that fully 90 percent of American Indians surveyed said the name doesn’t offend them.

The results of the survey of 504 American Indians by The Washington Post were identical to those of a 2004 Annenberg Public Policy Center poll, meaning that a decade’s worth of advocacy by top progressives and media outlets against the Redskins name has moved the needle not a whit.
Still, those who find the name offensive said Thursday they still find the name offensive even if the people affected by it do not.”

This last sentence sums up the arrogance of liberals. They know better than the Indian community what is offensive and what is not.

The whole basis of their argument was that the name Redskins was offensive to the Indian community; now with empirical evidence to the contrary, they still refuse to change their position.

As I stated earlier, with liberals, intent always supersede results and the ends always justifies the means.

Liberals claim their intent is to fight bigotry, therefore ignoring this polling data is justified, because they have, in their mind, a “noble” goal.

You have several announcers from ESPN, NBC, CBS, etc., who refuse to use the name “Redskins” when broadcasting a game, even though it is the legal name for the team.

If these announcers feel so strongly about the use of the name Redskins, then they should resign from their jobs or be fired.

According to a Washington Time’s article, ESPN’s Michael Smith (who is Black) knows more about Indians than they do. “This is like, ‘Who are you to tell

Native Americans what they should be offended by? I can read the dictionary. It’s a slur. Simple, plain, point-blank. It’s a slur.”

But the Indian community says it’s not offensive to them. So, who is Mr. Smith going to listen to; a dictionary put together by a group of White guys, or the very members of the supposed offended group?

Smith, by his own words is doing the very thing he is accusing the rest of society of doing—telling Indians how to feel.

This arrogance by liberals says to the Indian community, “we will tell you what is offensive to you.” Liberals simply can’t fathom the notion that Indians can and should make their own decisions about what offends them.

So, to all my liberal friends, get off the reservation of liberalism and let Tonto be free from the continued reign of “kemosabe.”

Raynard Jackson is founder and chairman of Black Americans for a Better Future (BAFBF), a federally registered 527 Super PAC established to get more Blacks involved in the Republican Party. BAFBF focuses on the Black entrepreneur. For more information about BAFBF, visit www.bafbf.org. You can follow Raynard on Twitter @Raynard1223.