Is Islamophobia the “Acceptable” Racism of the 21st Century? 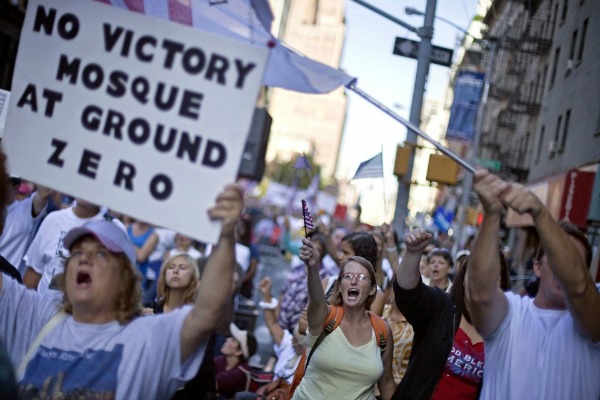 In the aftermath of the Paris massacre and, later, the San Bernardino massacre, I have found myself wondering about the responses that we are hearing in the media and on the streets. It goes beyond Donald Trump’s ridiculous suggestion of banning Muslims from the USA.

There seems to be a growing toleration of Islamophobia, or fear of Muslims, in the United States. Things are being said that are both outrageous as well as quite racist.

How can a religious bias be racist? It has a lot to do with the way that Islam has been treated in the United States almost since the beginning of the United States as a republic. Islam came to be viewed as the religion of the brown and black peoples of the planet, though rooted in both Judaism and Christianity. Parts of Europe had large native populations that were Muslim, Bosnia (in the former Yugoslavia) and Albania, for example.

However, those areas have been largely discounted when discussions emerge about Islam. During the secessionist wars in the former Yugoslavia in the 1990s, there were somewhat sympathetic portrayals of Muslims. That did not last long, however.

During the 20th century, Islam became a religion that was frequently associated with anti-colonial movements in the so-called Third World.  However, Islam cannot be viewed as a monolithic bloc. Certain fiercely conservative trends within the Muslim world played a less-than-progressive role in the anti-colonial movements, but in the mainstream Western media there was little time and attention for nuance.

Particularly since 9/11, Muslims have become the “Other,” the mysterious outsiders. Their relatively small numbers in the U.S. make them a very convenient and vulnerable target for right-wing hate attacks, much like the Jews in Nazi Germany. Since the so-called darker races of the planet are treated as a perpetual danger by much of mainstream White society, so it is as well with Muslims. In some circles, Muslim equals Black or brown, the additional association is that Muslim equals danger.

As a result, we hear the most insane comments. There are more than 1.6 billion Muslims on Planet Earth. While there are Muslims who carry out terror attacks, there are non-Muslims who do as well. In the case of the U.S., White supremacists are the major source of terror attacks.

Yet there are no broad generalizations of White supremacist terrorists.  White men and women do not have to look over their shoulders or worry about being identified as terrorists simply because they are white.

Whether one is Muslim or not, it is essential that people of good will stand up to Islamophobia. It is to be neither ignored nor tolerated.  It is not something that is childish and that will go away. It will, instead, intensify unless it is beaten back.

Muslims must know that they have supporters who are prepared to stand up for them. Remember the situation that faced Jews in Nazi Germany.  To refuse to stand up for those facing persecution not only is immoral, it is foolish.  Those who attack Muslims today are those who are prepared to demonize other groups tomorrow; in fact, they may already have.