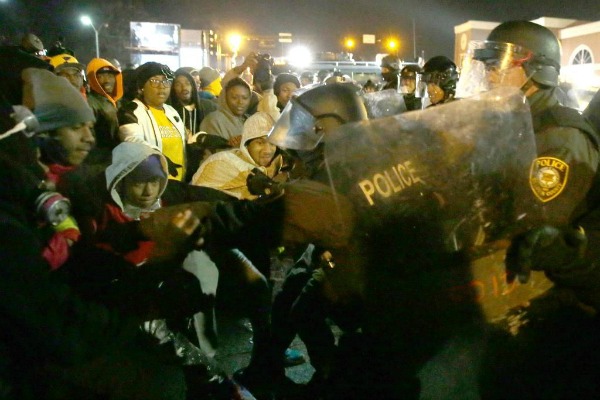 It has been both interesting and unsettling to watch the attacks from the political Right on the Black Lives Matter movement, and the larger movement for Black lives.

Specifically, the suggestion that Black Lives Matter activists are somehow terroristic and promote the killing of police is so outlandish that it’s not only difficult to believe that anyone would even take such allegations seriously, but it’s also hard to imagine someone mouthing such words in the first place.

Let’s start by debunking a myth that is being promoted by the political Right. The political Right and several police unions have suggested that there is a war against the police. The facts stand in contrast. The number of police killed has actually decreased.

Given this, why are we being led to believe otherwise?  Simply put, promoting fear and suggesting that there is somehow a war against the police is a smokescreen to shift attention away from the actual war that has been underway, and that is a war against Black civilians by right-wing haters and out of control police.

This point cannot be emphasized too strongly. Not only do the facts demonstrate that there is no war against the police, but they also continue to demonstrate that young Black men are anywhere between seven and twenty-one times more likely to be shot and killed by the police than White young men. It is these statistics that the political Right wishes us to ignore.

As a result of the attention that folks in the Black Lives Matter movement and the movement for Black lives have brought to the phenomenon of police lynchings, they have found themselves the target of those who wish to suppress any actual discussion of the discrepancy in police violence. Using the suggestion of terrorism is a time-honored technique to smash any open discourse.

In the fall of 2001, shortly after the 9/11 Al Qaeda attacks on the Twin Towers and the Pentagon, the then attorney general of South Carolina wrote an op-ed suggesting that protesting dockworkers in Charleston who had been set up by the police were domestic terrorists. The allegation was completely outrageous and was quickly disavowed by sensible South Carolinians.

Nevertheless, the clear hope had been that such an allegation would lead to the defeat of a nation-wide campaign to free the five Charleston dockworkers. That scare tactic did not work.

Today, such scare tactics are being reissued and for the same general purpose. Rather than focus the attention of the country on the discrepancy in police violence and the larger negative differential in treatment experienced by African Americans compared to Whites, the hope is that fear of chaos and fear of vigilante justice against police will lead the population to close its collective eyes and simply tolerate whatever actions the police believe to be appropriate.

It will not happen.