Marc Morial on The Lessons of Ferguson (Part Three) 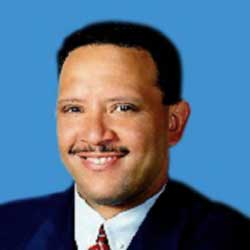 Less than a year from now, on August 6, 2015, the nation will celebrate the 50th anniversary of the Voting Rights Act of 1965, considered by many to be the most significant American civil rights legislation ever signed into law. During the past half-century we have seen major increases in the number of Black elected officials across the country, including Barack Obama’s election and re-election as America’s first Black President.

This year, the National Urban League’s “State of Black America” report found that with a Civic Participation Equality Index of 104.7 percent, African Americans are engaged in their communities and voting at higher rates than Whites. But pockets of voter apathy and political complacency coupled with both overt and covert voter suppression efforts continue to negatively impact voter turnout in some parts of the country, including places such as Ferguson, Mo.

The August 9 shooting death of Michael Brown, an 18-year-old unarmed African American, at the hands of Darren Wilson, a White Ferguson police officer, has led many of us to wonder whether things might have been different if the city’s leadership was more representative of the racial makeup of the population.

In a city that is 67 percent Black, the police force is 94 percent White. The mayor is also White, as are five of the six city council members.  In 2013, Art McCoy, Ferguson’s first African American school superintendent, resigned under duress after only three years on the job.  Further, only one African American currently serves on the seven-member school board.

It is generally true that when local elections are held off-cycle – meaning, when no state or national offices are on the ballot – voter turnout across the board is significantly lower and White voter participation is notably higher than Black voter participation.  For example, like many municipalities across the nation, Ferguson holds its elections in the spring of odd-numbered years, and the most recent comparisons between its 2012 and 2013 election turnouts tell a revealing story.

In the 2012 presidential election, White turnout was 55 percent and Black turnout was 54 percent. In the 2013 city council elections, White turnout fell to 17 percent, while Black turnout plunged to 6 percent. While a case can be made that election timing is one culprit in decreased voter turnout – as the farther off-cycle elections are held from presidential ones, the less media coverage, attention and awareness are generated around them, especially in low-income communities – the reality remains that we must all, as a community and as individuals, exercise our right to vote in every election.  We simply do not have the option to not vote.

One year ago, the Supreme Court dealt a crushing blow to voting rights by removing important protections for voters who had suffered – and still suffer – from historic disenfranchisement.  The National Urban League has been a lead supporter of the Voting Rights Amendment Act now before Congress that would restore many of those protections. But the right to vote, regardless of when elections are held during the year, is a sacred obligation and our most powerful instrument of change.

I’ve often heard people express dissatisfaction with the pool of candidates on a ballot and use that as a reason to “sit out” certain election cycles.  However, voting is not like buying popsicles – when, if we don’t see a flavor we like, we leave the store. The ongoing social, racial and economic justice that we work toward everyday mandate that we be civically engaged and actively participate in electing leaders who will not only represent us, but who will fight for our interests and rights. Ferguson is yet another example that when we say no to voting, we turn our backs on our communities. Voter suppression has no place in our democracy, and neither does voter apathy.  Ferguson should be the latest wake-up call that we cannot afford to let anything keep us from exercising the extraordinary power of our individual vote.