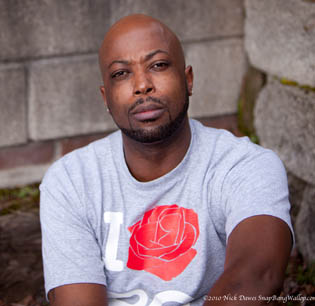 My man Travis said we need to start making t-shirts that say "Start Snitchin."  I'm not too sure about that, but we need to talk.  Here's how I know: I received a call one day from a TV reporter. The guy said he wanted to interview me about this "Stop Snitching epidemic."

I explained to him that the "snitching epidemic" is a serious issue all across the country, it has been for awhile; and doing a 20-second soundbite about it would be a huge disservice to the public. I went on to tell him how we need to take the convo deeper, and include more than the usual suspects, and so on and so on. Long story short, I ended up doing the story, and we agreed the convo needs to keep going…

The concerns around "snitching" are broad and plenty. On one side, there is the threat or perceived threat of retaliation. Even though numbers show that those who cooperate with investigations are seldom harmed, perceived threat is almost the same as real threat; and I would prefer neither.

Then there is the risk of being ridiculed in the neighborhood. Say what you want to say about neighborhood politics, but it's easy to say that when you are not the one who's being treated like they have some contagious disease.

And then you have the expansive cultural and national views that just frown on cooperating with law enforcement. So (it seems) the divide between law enforcement and communities of color is widening. Well ask yourself this: do you really want to live in a society void of law enforcement? Didn't think so! So stop acting like you hate all police.

But a real critical part of the problem is what I've heard from some officers, and from a few community members- we know who the criminals are! And we do! We don't want to admit it, but we all know who is selling the drugs, shooting the guns, and exploiting the women and girls. We know them because we have raised them (or tried to), we have coached them, we have taught them, perhaps we have prayed and worshipped with them; but we have to remember that the same young men doing the crimes now were the boys playing in the park a few years back.

As guns, bullets and drugs fly through our communities like information on the super-highway, many folks – citizens -- have witnessed this violence. As unfortunate as it is to be that witness, wouldn't it be the worst travesty to participate in the cycle that encourages it? And isn't that what happens when young men shoot and kill others and walk the streets free? And then other younger men see that and see the dilemma of "justice."

What deterrents are in place to prevent the younger guy from repeating the behavior he's seen? Is he supposed to be intimidated by "consequences?" And what about his friends, associates, and family members who know but decide to do nothing? How do we expect some form of justice without cooperation from the largest group in the equation: US.

Shiloh Hampton was standing on a corner near a mall in a large group of people. Someone shot at the group multiple times and 14-year old Shiloh was hit. The others in the group ran, Shiloh's body was left bleeding. Now police are expected to find the shooters when the other potential victims in that group know!