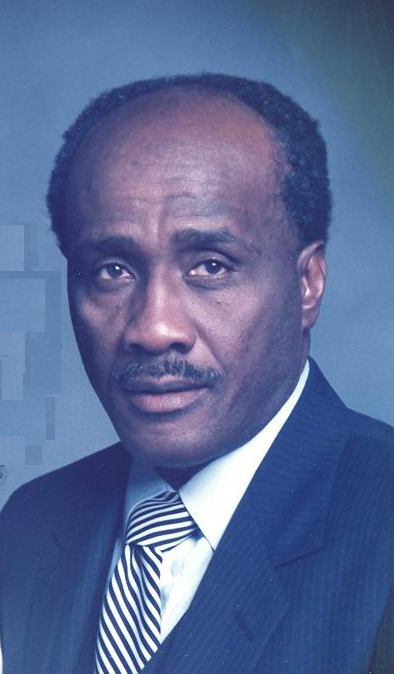 Clyde Henderson Tull was born on Aug. 4, 1929, to the parents of Ivy Tull, in St. Michael Barbados, West Indies.
He attended Roebuck School to obtain hi early education. In the early 1960's, Clyde began his career as a merchant seaman, sailing on the SS Argyle. In 1966, the SS Argyle docked in Portland, Oreogn, and this is where Clyde met the love of his life, Jessie Kindle. In 1967, they were united in marriage.
Clyde continued to sail as a merchant seaman until 1977, and then he started a new career at Crown Zellerback Paper Mill, and retired after 35 years of dedicated service.
At an early age, Clyde accepted Jesus Christ as his Lord and Savior, and joined Providence Baptist Church in Portland, Oregon. In 2009, Clyde dedicated in life to Christ. Clyde enjoyed living his life to the fullest. He loved to travel with his wife and family, and also visiting his children in New York.
Clyde is preceded in death by his mother, Ivy Tull, and four sisters.
He is survived by his wife, Jessie Tull, one brother, Mack Tull of London, England and one sister, Maudry Tull of Brooklyn New York. Daughters Veronica Branch of New York, Arlene Gall of New York, Velva Smith of Portland, Oregon, Debbie Tull of Kingston, Jamaica and one son, Bervin Lionel Johnson of Portland, Oregon. Grandchildren are Joanne, Faye, Calvin (Derlin), Latoya, Samuel (Lisa), Shevon, Deontae, Bervin Jr., Tracy and Zach, 12 great-grandchildren, and a host of nieces, nephews and friends.
A visitation was held at Ross Hollywood Chapel on Feb. 17, 2010 and the services will be held at St. Mark Baptist Church on Thursday, February 18, 2010 at 11 a.m.
Ross Hollywood Chapel is handling arrangements.