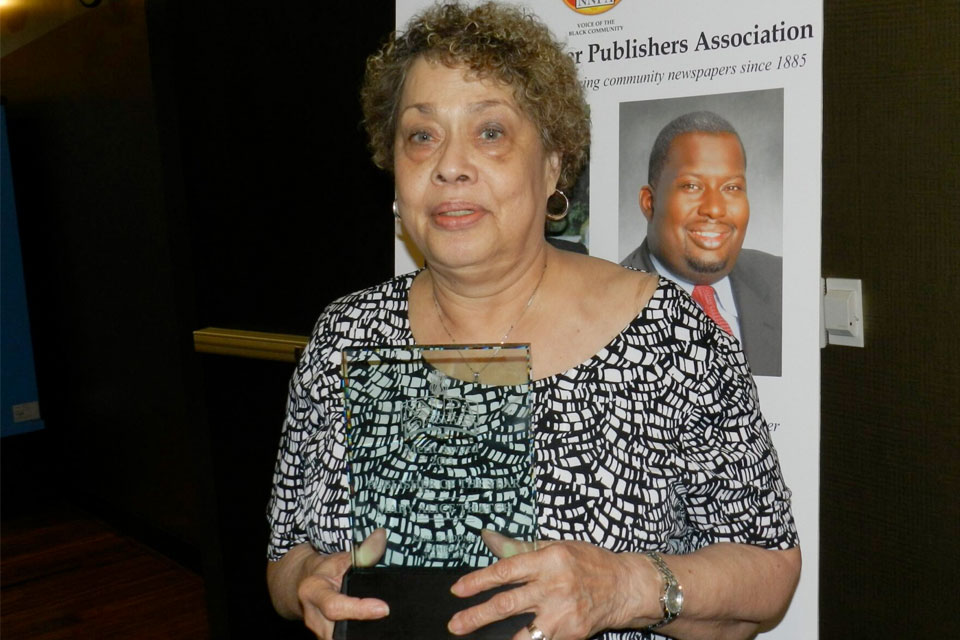 The Black Press and African-American community have lost a legendary leader, fighter and advocate for human rights, civil rights and justice. Indeed, one of her most successful efforts made worldwide news.

Mary Alice Jervay Thatch, the third-generation editor and publisher of The Wilmington Journal, died December 28 at the age of 78.

Power of the Black Press

Mrs. Thatch was the proud daughter of publisher Thomas C. Jervay, Sr., and granddaughter of founder R.S. Jervay, a Black printer who started The Journal originally as the Cape Fear Journal in 1927.

“T.C.” Jervay, as her father was known as, made The Journal a centerpiece of the civil rights struggle in Wilmington “without fear or favor,” so much so that in 1973, a white supremacist firebombed the paper because it supported 10 falsely criminally accused activists known as the Wilmington Ten.

Thatch would proudly tell how even being firebombed could not “run Daddy out of town”or stop the next edition.

“That was the power of the Black Press,” said the woman who grew up at the Journal from the time she was a baby.

Mrs. Thatch, who earned a bachelor’s degree from Elizabeth City State University, and a master’s degree from UNC-Greensboro before going into teaching, took over as Journal editor/publisher in 1996. Under her leadership, the paper continued its tradition of being a strong voice for Wilmington’s African-American community with incisive reporting, and straight-forward editorials demanding justice for African-Americans, challenging the Wilmington/New Hanover County and North Carolina power structures, and maintaining, long, long before it was fashionable, that Black lives do matter.

“The first African American paper in the country was Freedom’s Journal,” Thatch one said. “The first line read something like ‘we are here to plead our own cause.’ That will always be the mission of the Black Press: to fulfill the needs of the community we serve.”

She was tough on those who worked with her, because Mrs. Thatch believed thoroughly in two things - the high standards set by her father in serving the community, and the belief that the African-American community always deserved the very best in effort and results. She was a visionary who saw The Journal doing greater and greater things to serve the community, all the while fighting growing economic pressures that threatened to close her doors.

That didn’t stop her for using the paper to stand for voting rights, and demand that both the Democratic and Republican parties fairly patronize the Black Press with their advertising during election seasons. Thatch also led the North Carolina Black Press in pushing voter registration, believing the Black voter empowerment was a key to freedom.

But it was in 2011 when Mrs. Thatch convinced the National Newspaper Publishers Association, of which she was a member and her father formerly led, to advocate for North Carolina to pardon the Wilmington Ten, the 10 North Carolina civil rights activists falsely convicted of firebombing a white-owned grocery store in 1971.

All 10, including leader the Rev. Ben Chavis, were sentenced to over 200 years in prison and had spent the last 40 years with the false convictions attached to their names.

In 2012, Mrs. Thatch led a team of Black journalists, attorneys and activists in uncovering proof that the Ten were originally framed. She also led a campaign that garnered over 150,000 petition signatures asking then Gov. Beverly Perdue to grant pardons of innocence to the Ten.

On Dec. 31, 2012, as the last thing before she left office, Gov. Perdue indeed issued 10 pardons of innocence to the Wilmington Ten, thus clearing their names. The official act cleared their names, and made worldwide news.

But it all started with the unmatched determination of a single Black newspaper publisher.

Mary Alice Thatch was honored as Publisher of the Year by the NNPA the following year, in the finest tradition of Black press advocacy.

“On behalf of the National Newspaper Publishers Association, we extend our heartfelt condolences to …the family of our beloved NNPA publisher and leader, Mary Alice Jervay Thatch (RIP),” said the Rev. Ben Chavis, now president of the NNPA in a statement. “We will always fervently uphold her legacy and contribution to the Black Press of America and especially her leadership of the North Carolina Black Press Association (NCBPA).  God bless.”

“She lived a gigantic meaningful life and was certainly a voice for Wilmington,” said attorney and NCCU Law Professor Irving Joyner. “It is not an understatement to loudly proclaim that she spoke “truth to power” and did it in an unflinching manner.”

P.R. Jervay Jr., of NCBPA Media Services said, “Mary Alice’s strength, commitment, and dedication to organization with a purpose was an inspiration to her fellow African-American publishers around the state.”

Funeral arrangements are incomplete at this time.