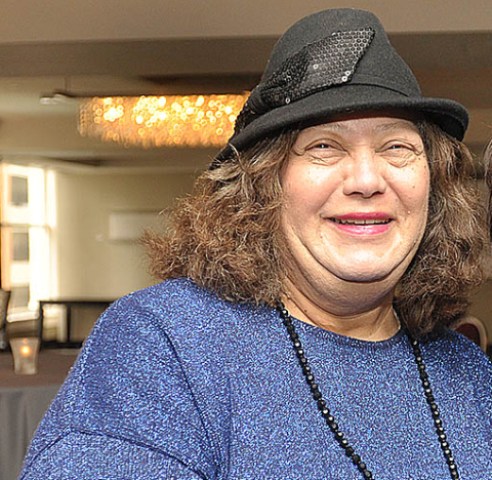 “Our hearts are heavy,” said Oregon Food Bank CEO Susannah Morgan in a statement. “Lucinda took every opportunity to stand up for and serve our hungry neighbors.

“As a board member, Lucinda always asked uncomfortable yet vital questions about equity and pushed OFB to be better. She will be greatly missed by Oregon Food Bank and the community.”

Tate was born May 2, 1946, in Salem, Or., to Elmo and Lucy L. Tate, the seventh of eight children of African American, Cherokee, Cree and Blackfoot heritage.

Moving to Portland in 1969 with her baby daughter Jackie, Tate set down deep roots in Oregon’s social justice communities, volunteering endless hours with nonprofit groups on issues ranging from homelessness and hunger relief to organized labor and world peace.

Meanwhile she also spent two years as a classroom teacher and many more working in various government agencies, both locally and in Washington, D.C.

Over the years Tate was involved in her union, the Service Employees International Union Local 88, and rose through the leadership ranks from shop steward to a seat on the Oregon State Education Association board of directors.  Tate was the first Black woman elected district president, representing more than 1,500 state employees.

As a community volunteer, Tate served as co-chair of the Jobs with Justice Faith Labor Committee; chaired the African American Catholic Community of Oregon; worked with Janus Youth Programs and the Metropolitan Alliance for the Common Good; was a member of the Peace Coalition that sponsored May Day and other peace marches against the wars in Iraq and Afghanistan. She also chaired the Rainbow Coalition.

Above all, Tate is remembered for her volunteer work with the Oregon Food Bank, where she served on the board of directors and also coordinated two food banks connected to the St. Andrew’s Parish.

Tate also recently served as convener and President of the Portland branch of the National Advancing Human Rights Committee of the Women’s International League for Peace and Freedom, as well as continuing to work within the church on women’s issues and racial equality.

She is survived by her daughter, Jacqueline Tate of Portland; and sisters Octava Louise Tate, and Marcella Mary Murfitt, of Billings, MT.