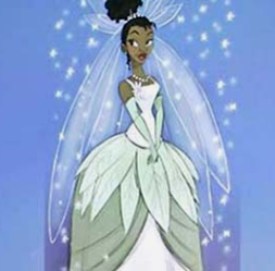 At the Galleria at Tyler Mall in Riverside CA., Christmas is in full bloom. Galleria shopper 29-year-old Shelanda Lee is making her list and checking it twice - cautiously. "I'm being very picky this year," admits Lee a mechanical engineer who estimates her household income in the six figures. "I'm slowly getting in the holiday spirit. But I already know what I want."

With a population of 40 million and buying power approaching $1 trillion in 2010, analysts say African Americans could play a key role in boosting holiday sales according to The African American Market in the U.S. , 8th Edition by leading market research publisher Packaged Facts. Santa's early arrival is not about holiday spirit -- but spurring holiday spending. Black Friday signs went up weeks before Halloween. Analysts are predicting a sales rise of 2.2 percent this year and retailers are trying to lure the early birds.

With the economy still sputtering, retailers are increasingly turning to a traditionally untapped group: multicultural consumers. "With such financial clout, marketing efforts to reach out to African Americans are likely to increase," says Don Montuori, publisher of Packaged Facts. "Major consumer products marketers have begun to align their strategies with the multicultural majority emerging in the U.S. and some have even indicated that multicultural consumers have become their core focus as they strategize and set their sights on the next ten years."

The African American population is smaller than the U.S. Hispanic market, but the disposable personal income of both African American and Latino consumers is projected to trend comparably over the next five years, with each experiencing cumulative growth of at least 28 percent from 2009-2014. Packaged Facts estimates that the buying power of black consumers in the U.S. will increase to $1.2 trillion by the end of the forecast period.

The African American consumers have been hit especially hard by the recent recession, with unemployment rates for blacks exceeding that of any other major population group. Nevertheless, several sources cited in the report indicate that the sense of empowerment created by the election of President Barack Obama has spurred blacks to adopt a more optimistic vision of the future than that held by other Americans. This includes greater optimism regarding their own personal finances and a general proclivity to agree that they are less likely to hold off making big-ticket purchases such as automobiles in the near future.

Lee's first holiday purchase is one of this year's hottest toys: Disney Princess & The Frog Just One Kiss Princess Tiana Doll. "My daughter's gonna love this," she said. Lee admits she came to Macy's to buy drapes and bed linens. When I saw that doll, I just couldn't resist," she said returning her Gold American Express to her wallet. "I'm looking for discounts but I want quality too," she said.

"Despite the chaos and anarchy in today's retailing world, there is opportunity in the home sector," said Shilpa Rosenberry, Senior Consultant of WSL Strategic Retail on the release of the NYC-based company's 11th biannual study, How America Shops 2008- Anarchy. Rosenberry advises home retailers to take note of the unique opportunity offered by a growing spending demographic: African American women, who purchase home decor has increased by 6 percent compared to a 21 percent decrease for Caucasian women and a 30 percent decrease for Hispanic women.

"Home retailers and manufacturers should not make the mistake the beauty and fashion industry did by overlooking the preferences of African American female shoppers. African American women will not settle. They head to the retailer who has the beauty care that suits their hair and skin; clothing stores that capture the styles they wear; and the home retailers who provide home fashion they prefer."

"If you're in retail today there are some butterflies. There is a lot of caution out here. It's been a very difficult year," says Aaron Gonzales, who also tracks trends for the national retail trade group Focus One. With the still sluggish economy and the Inland Empire's double digit unemployment local retailers and consumers appear to be playing a game of retail chess with stores, saying they're offering their best deals early and consumers cautiously buying. Everyone is a little bit more focused. You'll see a lot more people making their lists and checking them twice. We're bracing for the reality that a lot more people have lost their job, their homes and with that goes their spirit," said Gonzales.

Analysts say the average budget is $684 down from $703 last Christmas. Still shopper James Wright says he got his armor and sword laid out ready to brave the crush of Black Friday, the day after Thanksgiving is described as the busiest shopping day of the year. Last year Wright waited outside a San Bernardino Best Buy for 8 hours. "It was worth it. I got two flat screen televisions for the price of one. You do the numbers," he said.

Shoppers are using more technology to identify deals in advance. Gonzales says one in five are now using online search engines and smart phone technology to find what they are looking for at the right price.