ACLU Sues Over 'Stop and Frisk' Searches in Philadelphia 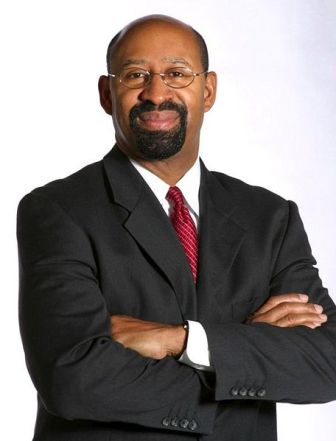 The American Civil Liberties Union of Pennsylvania filed the lawsuit on behalf of eight men -- including a state lawmaker -- it says were subjected to illegal searches since the city started using ``stop and frisk,'' a controversial element of first-term Mayor Michael Nutter's 2007 mayoral campaign.

The lawsuit, which seeks class-action status, seeks unspecified damages and a court injunction. It also alleges that police Commissioner Charles Ramsey has failed to train and discipline officers.

Using ``stop and frisk'' to reduce crime can be legal, but officers must have a reason for suspicion, said Mary Catherine Roper, an attorney for the ACLU of Pennsylvania.

``Our belief is that people are being stopped because of their race and not because of any individual activity that should raise any suspicion by police,'' said Roper, adding that stops were made by both black and white officers.

The use of ``stop and frisk'' searches has been a focal point of Nutter's campaign to slow violent crime, which is down since he took office in 2008. Both Nutter and Ramsey are black.

In an interview with The Associated Press on Thursday, Nutter declined comment on the lawsuit itself, but said the department's officers were well trained and capable of balancing the need to respond ``aggressively'' to crime with respect for citizens' rights.

``We will never ever tolerate inappropriate behavior by our officers,'' Nutter told the AP.

The department has dramatically increased its interactions with citizens over the last few years, but citizen complaints have not spiked, Nutter said.

The police department said Ramsey would not be commenting on the suit.

In New York City, civil rights advocates have also challenged the use of ``stop and frisk''; a lawsuit filed against the New York Police Department by the Center For Constitutional Rights is pending.

Darius Charney, a staff attorney for the group, said 85 percent of the people stopped in New York over the past six years have been black or Latino.

Of those 575,000 pedestrian stops, about 6 percent have ended in an arrest and 1.5 percent have resulted in the recovery of a weapon, said Charney, who said it was an example of ``over-aggressive policing.''

``(Officers) target communities of color. They really behave as if they are occupying forces in a community,'' Charney said. ``New York is by no means the only place where this is a problem.''

The NYPD has said that the number of minorities singled out under the policy is consistent with overall descriptions by race provided by victims and surviving witnesses of crime, and has called the accusations unfounded.

In Philadelphia, the lawsuit filed Wednesday tells the stories of state Rep. Jewell Williams, a 52-year-old Philadelphia Democrat, and seven others who said they were stopped without reason by Philadelphia police. In March 2009, Williams said he was handcuffed and pushed into a police vehicle after asking questions during a traffic stop involving two other men; Ramsey later apologized to Williams.

Another plaintiff, Mahari Bailey, a 27-year-old attorney, said he was stopped on four occasions over a year and a half; the only charge against him, driving with tinted windows, was thrown out in traffic court, the lawsuit said.