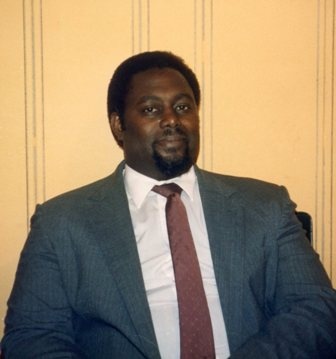 A funeral for Cleodis Vann is Thursday, April 15 at Mt. Olivet Baptist Church at 10 a.m. Public viewing will be at the church from 9 – 10 a.m. prior to the service.
Cleodis Don Vann was born in Saint Louis, Mo., on March 12, 1942 to Don and Nellie Vann. He lived in Pontiac, Mich., with Aunt Nola for a few years after the death of his mother. He and his father moved to Lansing when Cleodis was 5 years old, where his dad's family helped to care for him while his father was recuperating from a long illness.
Cleodis met his step mother Roberta when he was 8 years old and introduced her to his father. The two married and continued to live in Michigan until the family moved to Portland in 1954, where they opened up Vann's Mortuary.
Cleodis was 12 years old when the family moved out west to Oregon. He would spend his summers in Arkansas on his grandfather's farm helping with the animals and spending time with all of his cousins.
Cleodis attended Highland Elementary School in Portland. He graduated from Jefferson High School in 1960 and attended Pacific University and later Mt. Hood Community College where he received his degree in Funeral Service and taught Anatomy and Physiology to the Nursing students.
He played professional football with the Portland Thunderbirds in 1966 in Canada.
Cleodis served the community with his parents as co-owner and mortician of Vann and Vann Mortuary for nearly forty years. He also worked with his uncle in Michigan in the early eighties at Caruthers Funeral Home before returning to Portland to help his parents manage their funeral home.
After closing the funeral home, Cleodis worked for the Portland Public School District as a bus driver for a number of years until he retired in 2009.
Life was precious to Cleodis and he enjoyed fishing, cards, dominoes, Shakespearean plays and watching cowboy movies; especially movies with the actor Clint Eastwood. Some of his greatest moments were out on the boat with his buddies fishing and enjoying nature. He absolutely loved being out on the water. Other memorable times were at the Coast where he was able to just relax and catch up on his rest.
Cleodis and Diana Martin married on June 20, 1990 and blended two families. They worked side by side in the family business for many years serving the community.
Cleodis is survived by his wife, Diana; his son Don, his daughter Tanisha, and his son Chris. Four step children; Angela, Ray, Rachael and Mario; fourteen grandchildren and a host of first cousins and relatives. His sister Doris Jean, mother Nellie, and father Don all preceded him in death.
Please visit Cleodis' online guestbook at www.terryfamilyfuneralhome.com to send condolences or share a story of remembrance with the family. Arrangements entrusted to Terry Family Funeral Home.