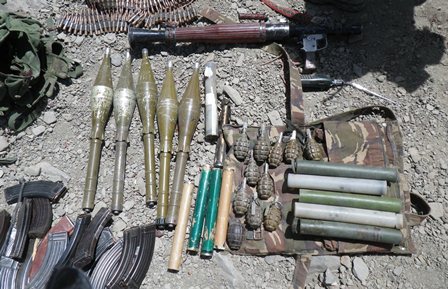 The designations of the group as a Foreign Terrorist Organization and a Specially Designated Global Terrorist Entity would make it easier to pursue those who provide support for the al Qaeda- and Taliban-linked movement. But they could further deteriorate relations with Pakistan.

Clinton signed a report to Congress stating that the Haqqani network meets the criteria for the designation, a senior State Department official said. She made the move in Brunei during her trip to Asia.

Both houses of Congress have taken up the issue, calling for the Obama administration to add the Haqqani network to the State Department's terror organization list.

The group has been tied to the deaths of American and NATO troops, as well as multiple attacks on embassies and other government infrastructure in Afghanistan.

A Foreign Terror Organization label allows the United States to freeze the Haqqani network's assets that are subject to U.S. jurisdiction and prosecute those who aid or assist the group with material and financial support. A Specially Designated Global Terrorist Entity would also be subject to financial constraints.

From their base in Pakistan's North Waziristan region, the militant group has drawn the ire of the U.S. government with members of its top leadership already being designated as terrorists -- which freezes any personal assets of theirs held in U.S. banks.

But in the past, the Obama administration had resisted listing the entire group out of concern that it would drive the Haqqanis away from a possible peace deal in Afghanistan, as well as undermining its ties with the Pakistani government.

The group, with its links to other Taliban entities, was considered integral to the political reconciliation the United States was seeking, senior U.S. officials have told CNN.

Many officials believe the FTO label would be an important step in the fight against militants in Afghanistan and Pakistan.

Jeffrey Dressler, an analyst with the Washington-based Institute for the Study of War, said designating the group as a terror entity "could meaningfully impair the international fund-raising and business efforts that allow the Haqqanis to fund their terrorist attacks, foreign fighter training, and radicalization programs."

The Haqqanis maintain legitimate and "illicit business interests stretching from Afghanistan and Pakistan to the Persian Gulf, and possibly beyond," he said in a report this week.

They own car dealerships, money exchanges and construction companies. The group has commercial and residential real-estate holdings and import-export operations, Dressler said. But he cites a report that the group also profits from "kidnapping, extortion and protection rackets" on the Afghan-Pakistani border.

"The Haqqanis also maintain lucrative smuggling networks to strip timber, minerals and other precious goods from Afghanistan and smuggle them out of the country for sale," he said.

The Haqqani network receives funding from the Taliban, though a significant portion of its money is said to come from deep-pocketed donors in the United Arab Emirates, Qatar, Kuwait and Saudi Arabia, according to a recent report by the Combating Terrorism Center at West Point, New York.

"FTO designation could reduce a critical capability of the Haqqani Network by increasing the cost of doing business, reducing access to capital, and constraining the network's financial resources, thereby limiting their freedom to operate in a local, regional, and international context," Dressler said.

Founded by Jalaluddin Haqqani in the wake of the 1979 Soviet invasion of Afghanistan, the group initially worked with the United States and its allies to expel the Soviets. Since suffering a stroke in 2005, Jalaluddin has essentially retired and his son, Sirajuddin, has taken command.

Since 2001, global security experts have said the Haqqani Network's calling card has been bold and complex suicide bombing attacks.

A drone strike last month killed Badruddin Haqqani, a son of Jalaluddin and a leader in the network, said Shafiquallh Tahriri, a spokesman for Afghanistan's National Directorate of Security. The Taliban denied the report.

U.S. officials also have said the group has ties to Pakistan's Inter-Services Intelligence, the country's main intelligence agency. The former chairman of the U.S. Joint Chiefs of Staff, Adm. Mike Mullen, described the Haqqani network as a "veritable arm" of the Pakistani intelligence agency.

"Pakistan's military relies on Pashtun proxies, such as the Haqqanis, to strike Indian targets in Afghanistan; to pressure the Kabul government to align their regional interests with the Pakistanis; and ultimately to expel foreign military forces," Dressler said.

Pakistan has vehemently denied ties to the group, though the Pentagon has repeatedly said it has not done enough to combat the militant network.

The designation by the State Department comes at a critical time for the United States as combat operations in Afghanistan come to a close in 2014 and it looks to withdraw in some cases through Pakistan.

The move also raises questions about the fate of suspected Haqqani captives, including Army Sgt. Bowe Bergdahl, who was believed to have been captured in June 2009 by Haqqani loyalists in eastern Afghanistan.