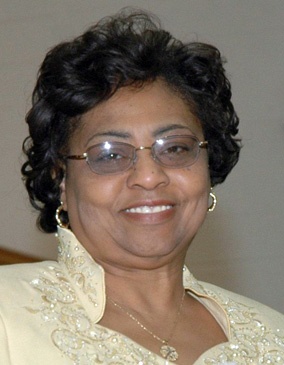 WASHINGTON (AP) -- Black farmers, due $1.2 billion for a legacy of discrimination by the U.S. Agriculture Department, suffered a new and disheartening setback last week, despite the national spotlight provided by the quickly disavowed firing of a Black department worker.
The Senate refused again to pay the bill.
Opponents say it is a question of where the money would come from, and that is a a major issue with an election nearing and voters up in arms about federal spending.
Late Thursday, the Senate stripped $1.2 billion for the claims from an emergency spending bill, along with $3.4 billion in long-overdue funding for a settlement with American Indians who say they were swindled out of royalties by the federal government.
Even the attention the Shirley Sherrod case brought to the issue of discrimination at the Agriculture Department could not bring lawmakers together on a deal. Instead, Republicans and Democrats alike proclaimed their support for the funding, appeasing important constituencies, while blaming the other side for not getting anything done.
The result: Thousands of Black farmers and Indian landowners will keep waiting for checks that most lawmakers agree should have been written years ago.
``If you say you support us, then, damn it, do it!'' said John Boyd, a Virginia farmer and the lead organizer for the Black farmers' lawsuits.
Sherrod's resignation under pressure from the Agriculture Department over her comments about race, and the subsequent White House apology, brought fresh attention to the Black farmers' claims. In explaining why he acted so hastily in asking her to resign, Agriculture Secretary Tom Vilsack said he and the department were keenly sensitive to the issue of discrimination and race given the agency's dismal track record on civil rights.
It is a record that Vilsack routinely describes as ``sordid.''
For decades, minority farmers have complained of being shut out by local Agriculture offices, well after the days of blatant segregation. African-Americans, for example, complained that loan committees across the rural South were dominated by white ``good ol' boys'' networks that gave the vast majority of loans and disaster aid to whites while offering scraps to Blacks.
Sherrod herself was a claimant in a case against the department. She had been part of a cooperative that won a $13 million settlement just last year.
The department also has faced persistent complaints of racism and discrimination in its own hiring, and government audits going back two decades have found that complaints often sit for years without attention. The Government Accountability Office, an independent federal watchdog, reported in 2008, for example, that the Agriculture Department was still issuing misleading reports about discrimination and still did not have a firm handle on how many complaints were outstanding or how they were resolved.
The auditors said their findings raised questions about whether the department took the issue seriously.
Vilsack and his boss, President Barack Obama, say they do, and they have acted far more aggressively than the Bush administration to resolve minority settlements.
The blockade has come in Congress.
Leaders in both parties say they support the funding but things break down when they try to hash out how to pay.
The money for both the Black farmers and the Indian landowners was stripped from the Senate war-funding bill Thursday after the House had passed it this month. Senate Republicans objected to a variety of other Democratic priorities as well, insisting they be paid for rather than adding to the federal deficit.
Democrats have offered a variety of proposals, including one package that included tax increases on oil companies and multinational companies. Republicans have objected, calling instead for spending cuts elsewhere.
``This is an interesting game we're playing around here,'' Democratic Sen. Harry Reid, the majority leader, said Thursday when asked about the Black farmers' money. He said Republicans are simply stalling the funding.
A spokesman for Senate Republican Leader Mitch McConnell disagreed that Republicans are stalling and noted that several Democrats also voted against consideration of the whole package of add-ons, including the Black farmers' money. The final bill was passed without a recorded vote.
``There was no game, only a unanimous, bipartisan vote,'' said McConnell spokesman Don Stewart.
The Black farmers' settlement is the second round of damages stemming from a class-action lawsuit the government originally settled in 1999. The new money is intended for people who were denied earlier payments because they missed deadlines for filing. Individual payments will depend on how many claims are filed successfully.
The Agriculture Department also faces further lawsuits from Hispanic and Indian farmers.
In the Indian landowners' case, the plaintiffs claim they were swindled out of royalties overseen by the Interior Department since 1887 for things like oil, gas, grazing and timber. The settlement, 14 years in the making, must be approved by Congress.
Boyd said the farmers he works with do not care about the machinations of Congress. All they see is a dysfunctional body that cannot get a broadly supported goal accomplished. The farmers do not have the lobbyists and fat campaign contributions that get lawmakers' attention, he said.
Willie Adams, a 60-year-old farmer who has been raising chickens all his life in Greensboro, Georgia, said he has had to let his farm sit idle in recent months because he lacks the money to invest and cannot get loans.
``I don't like it one bit,'' he said of the latest delay. ``Basically they just don't want to pay the farmers.''