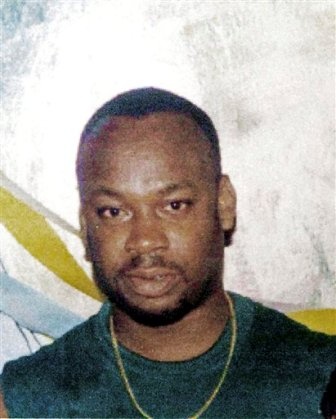 KINGSTON, Jamaica (AP) — Reputed gang leader Christopher "Dudus" Coke, who eluded a bloody police offensive in his slum stronghold last month, was arrested Tuesday by authorities outside Jamaica's capital, the island's top cop said.
Coke has been called one of the world's most dangerous drug lords by U.S. authorities and faces trial in New York on drug and arms trafficking charges. His arrest came nearly a month after 76 people were killed during a four-day assault by police and soldiers on the West Kingston slum of Tivoli Gardens, Coke's base that was defended by his armed followers.

Watch video here.
At a news conference, Police Commissioner Owen Ellington said the 42-year-old Coke was in good condition in police custody. He said Coke was captured by police manning a vehicle checkpoint along a highway, but said other "circumstances of (Coke's) arrest are being investigated."
The Rev. Al Miller, an influential evangelical preacher who facilitated the surrender of Coke's brother earlier this month, told The Associated Press that Coke was prepared to surrender to authorities at the U.S. Embassy in Kingston when police stopped his convoy on a highway outside the capital.
"A contact was made on his behalf that he wanted to give himself in," Miller said. "I therefore made arrangements with his lawyers because he wanted to go ahead with the extradition process, so we communicated with the U.S. Embassy because that's where he would feel more comfortable."
Miller said police captured Coke on the way to the embassy and then took him to the nearby Spanish Town police headquarters. He was then flown to Kingston, the preacher said.
Last month, a U.S. law enforcement official in New York, speaking on condition of anonymity, told The Associated Press that a lawyer for Coke was in negotiations with the U.S. Justice Department about his client's possible safe removal to New York to face charges.
Coke is said to fear suffering the same fate as his father, a gang leader known as Jim Brown, who died in a prison fire in 1992 while awaiting extradition to the U.S. on drug charges.
U.S. Embassy officials did not immediately return calls. A phone for Coke's lead attorney, Don Foote, went unanswered.
The police commissioner, who urged Miller to make contact with authorities for questioning, said Jamaica's threat level for security forces was elevated and he appealed to the "families, friends and sympathizers of Christopher Coke to remain calm and to allow the law to take its course."
Ellington said legal proceedings against Coke would get under way quickly, and told islanders that "there is no need for alarm."
In New York, U.S. Attorney Preet Bharara said, "We look forward to working closely with the Jamaican authorities to bring Coke to justice to face charges pending against him in Manhattan federal court."
Prime Minister Bruce Golding, whose Jamaica Labor Party has long counted on the support of gunmen inside Coke's Tivoli Gardens slum, opposed the U.S. extradition request for nine months before reversing himself under growing public pressure that threatened his political career.
Earlier this month, the main opposition party staged a no-confidence vote against Golding, which he survived after promising a sustained assault on the gangs that control poor politicized slums such as Tivoli Gardens.
Coke is wanted in New York on charges that he trafficked cocaine and marijuana as well as weapons between his Caribbean island and the United States.
The reputed drug baron, who typically avoids the limelight, has remained silent. He faces life in prison if convicted on charges filed against him in New York.
Jamaica's political history is intertwined with slum gangs that the two main parties helped organize — and some say armed — in Kingston's poor neighborhoods in the 1970s and '80s. The gangs controlled the streets and intimidated voters at election time. In recent years political violence has waned, and many of the killings in Kingston now are blamed on the active drug and extortion trade.
Coke was born into Jamaica's gangland. His father was the leader of the notorious Shower Posse gang, a cocaine-trafficking band with agents in Jamaica and the U.S. that began operating in the 1980s and was named for its members' tendency to spray victims with bullets.
The son took over from the father, U.S. authorities allege.
In recent days, Jamaica's government had offered a $60,000 reward for information leading to Coke's arrest.
Also known as "President" to the people of his slum, Coke served as community leader and enforcer in the gritty neighborhood in an area that the government acknowledges it has long neglected.