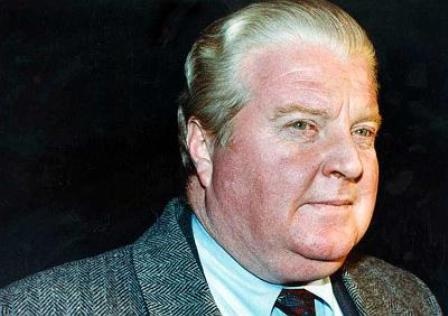 CHICAGO (AP) — For decades, Black men across Chicago described torture at the hands of former police Lt. Jon Burge and his officers, and for decades no one listened. Suspects landed in jail and even on death row for crimes they say they didn't commit after Burge and his men coerced confessions using terrifying methods including suffocation, a form of waterboarding and electric shocks.
Finally those complaints from the 1970s and 80s are being taken seriously — and it could be Burge's own words that send him to prison.
Jury selection begins Monday in Burge's trial on federal obstruction of justice and perjury charges. He's accused of lying when he denied in a civil lawsuit that he and other detectives had tortured anyone. He faces a maximum of 45 years in prison if convicted of all charges.
Burge has pleaded not guilty to the charges and is free on bond.
Authorities have, to a degree, acknowledged that Burge may have committed these horrifying acts, but he does not face torture-related charges because the statute of limitations has run out.
The police department fired him in 1993 for mistreatment of a suspect, but did not press charges. A decade later, then-Gov. George Ryan released four condemned men he said Burge had extracted confessions from using torture.
The allegations of torture and coerced confessions eventually led to a still-standing moratorium on Illinois' death penalty and the emptying of death row — moves credited with re-igniting the global fight against capital punishment. But they also earned Chicago a reputation as a haven for rogue cops, a place where police could abuse suspects without notice or punishment. 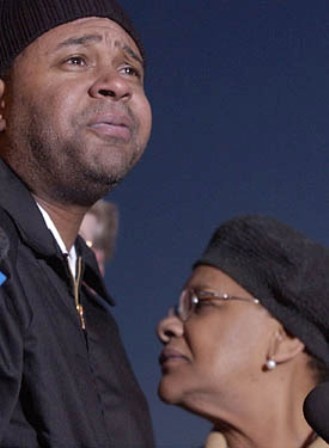 The scandal has extended to the highest levels of city and county government, and the trial's witness lists include Chicago Mayor Richard Daley, who was Cook County state's attorney during Burge's tenure, fellow former State's Attorney Dick Devine, and Daley's predecessor in the mayor's office, Jane Byrne.
Prosecutors are expected to call former police officers and at least a half dozen men who say they were tortured by Burge or those under his command. The more than 100 victims say the torture started in the 1970s and persisted until the '90s at police stations on the city's South and West sides.
Burge is the first Chicago officer accused of torture to be criminally charged in the case.
"I'm just glad it came to trial in my lifetime, because it looked like it wasn't going to happen," said Jo Ann Patterson, whose son Aaron Patterson was one of the four whom Ryan freed from death row because he believed he had been tortured.


The Republican governor later cleared all of death row, saying the torture of innocent men at the hands of Chicago police had tainted the state's entire death penalty system.
"How many more cases of wrongful convictions have to occur before we can all agree that the system is broken?" Ryan said at the time.
In July 2006, two special prosecutors named to look into the allegations said evidence indicated that dozens of suspects had been mistreated during the 1970s and '80s but that the cases were too old to bring charges. The statute of limitations on the offenses they identified in the report is three years.
Two years later, Burge was charged with lying under oath in a civil lawsuit in which he denied he knew about or took part in beatings, threats and torture methods such as "bagging" — forcing a confession by a putting a plastic typewriter cover over a suspect's head.
Other alleged victims spoke of beatings, gun threats and a mysterious black box used to emit electric shocks. One said his tormentors poured soda into his nose.
The police department fired Burge in 1993, and he now lives in retirement in Florida. He's been diagnosed with prostate cancer, and his trial was delayed for months while he recovered from treatment.
The 62-year-old Army veteran wasn't prosecuted for torture even after police officials agreed that he'd participated in it, and some in the legal community say he wouldn't be facing charges at all if it wasn't for U.S. Attorney Patrick Fitzgerald.
"There were a lot of people who could've done something about it and didn't," said Jon Loevy, an attorney who's represented several alleged torture victims. "There were a lot of lost opportunities, and finally Mr. Fitzgerald's office is going to do something about it."
Victims, lawyers and police officers said they have mixed feelings about the trial. Some, like Patterson, are just glad it's finally happening. David Bates, who says he was tortured by men under Burge's command, called the trial a "win-win."
But attorney Flint Taylor, who's represented alleged victims over the last 20 years, isn't satisfied, pointing to the dozens of alleged victims still in prison.
"There really can't be any full justice until the torturers are all in jail, and the torture victims are released and given fair trials," he said.
Burge's trial in front of U.S. District Judge Joan Humphrey Lefkow is expected to last six weeks.