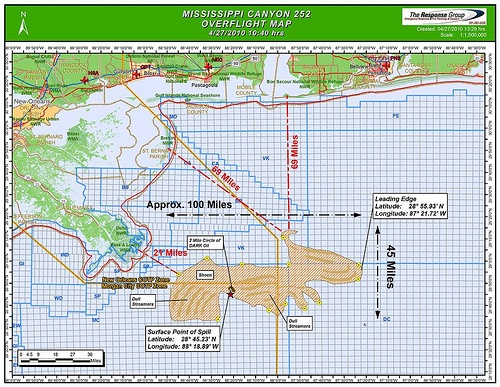 MOBILE, Ala. (AP) -- Workers are stringing out oil-absorbing booms along Alabama's coast to protect against the huge petroleum spill in the Gulf of Mexico, but the Coast Guard says they investigating the possibility that the spill has already reached the sensitive coast areas of Louisiana.

The Alabama Department of Environmental Management said the work was in its first full day on Thursday and would continue as long as needed.
At Orange Beach, more than 100 private boat captains have offered to help. Volunteers say a barge loaded with the oil-absorbing material is ready to deploy the booms if needed to keep oil away from delicate wetlands and bayous.
New estimates show about 210,000 gallons of oil are leaking into the gulf each day from a blown-out well, instead of the 42,000 originally estimated.
Obama has dispatched EPA, Homeland Security and Interior officials to help with Gulf oil spill. The U.S. Air Force and Navy have both dispatched aircraft and sea vessels to assist in the effort
State agencies in Mississippi are also working with federal authorities to "forcefully, aggressively" respond to the oil spill in the Gulf of Mexico, an official from the state Department of Environmental Quality said Wednesday. 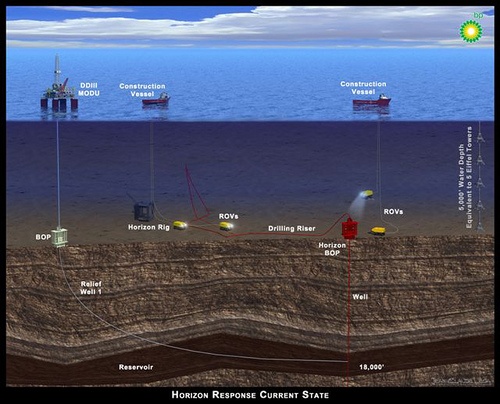 "It's all hands on deck," Alice Perry, a top assistant to the MDEQ director, said as she briefed a dozen Gulf Coast lawmakers at the state Capitol in Jackson.
Perry said MDEQ is sending air quality monitoring equipment to the Gulf Coast in case it's needed as the oil slick is burned.
Perry said while there was no imminent danger Wednesday to Mississippi's barrier islands or coastline, conditions could change if the weather shifts.
Lawmakers said they're concerned about how the spill could affect the fishing industry, tourism and residents' quality of life.
Rep. Billy Broomfield, D-Moss Point, asked how the spill and the burn off will affect marine wildlife. Perry said officials aren't sure yet, but said she'd keep legislators up to date if new information emerges.
"I wish you would, because most of us on the Gulf Coast enjoy good seafood," Broomfield said.
Rep. Diane Peranich, D-Pass Christian, said she wants extra barriers placed around oyster reefs in her area. She said hundreds of fishermen depend on the gulf waters.
"That boat is their farm and their home, and they farm the sea," Peranich said.

HORIZON RESPONSE EXPLANATION: DDIII MODU at left is the proposed alternate drilling platform that could be used to relieve pressure from the Horizon BOP well, seen at bottom right. The Horizon BOP is currently emitting about 210,000 gallons of oil a day into the ocean. The Horizon Rig, at left, is the sunken drilling platform now at the bottom of the Gulf, which is approximately 5,000 ft. (5 Eiffel Towers).