Ayana Jones Special to the NNPA from the Philadelphia Tribune
Published: 24 March 2010

PHILADELPHIA (NNPA) - A new study released by the Alliance for Excellent Education indicated lowering the city's high school dropout rate could significantly increase Philadelphia's job creation, homeownership, spending and investment income.
The results issued in "The Economic Benefits from Halving Philadelphia's Dropout Rate: A Boom to Regional Businesses" come from a larger study that measured on a city-by-city basis the growth in jobs, home ownership, levels of spending and investment and car sales that will result from cutting the high school dropout rate in half in the nation's 50 largest cities and the 45 metropolitan areas surrounding them. 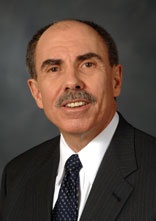 "The report underscores the notion that the best economic stimulus package is a high school diploma," said Bob Wise, Alliance president and former governor of West Virginia.
"If the U.S. is to improve its competitiveness in the global economy, it must have an educational system that meets the fast-growing demand for high-level skills."
The report found that an estimated 16,400 students from the Philadelphia metropolitan area dropped out from the class of 2008. If these rates were reduced by half, graduates in the Philadelphia region would likely have supported 900 additional jobs in their local areas and increased the gross regional product by as much as $159 million by the time they reached the midpoint of their careers. The report indicated they would have boosted tax revenue by $18 million per year and could have bought homes worth $294 million more than what they would spend without a diploma.
"If you look at our advocacy around educational issues and our specific programs in support of kids remaining in school it would be hard for us to find anything in (the) analysis that we would be in disagreement with," said Greater Philadelphia Chamber of Commerce President Rob Wonderling.
"We do think that there is a direct correlation between adequately funded public education and the school districts drop out rates," he said.
"It's really critical for this city and this region to compete globally with other regions — that we have a highly skilled and qualified workforce."
Wonderling said the business community is striving to create the workforce of tomorrow by supporting literacy and internship programs and encouraging young people to learn about entrepreneurship.
He noted qualified workers are needed for jobs that would be created in areas of alternative energy, nanotechnology, life sciences and health care — key sectors of the region's economy.
"We really feel strongly that reducing the drop out rate is an economic imperative for the greater Philadelphia region," Wonderling.
Sulaiman Rahman, chairman of the African-American Chamber of Commerce, concurs.
"With an educated workforce, with the capacity to take on the job opportunities that exist in the city, you have more people who are at a living wage and are able to patronize the businesses that are local," Rahman said.
"For local businesses it's important to be able to hire the intellectual capital to be able to take their businesses to the next level."
"Many small businesses have a challenge identifying talent to help them take their business to the next level, so that affects capacity and scalability of small businesses if the human capital is not available for them to grow their business," he added.
According to the Office of the White House, a total of 1.2 million students are dropping out every year.
Earlier this month, President Barack Obama announced strategies to reduce the drop out rate and challenged states to identify high schools with graduation rates below 60 percent. The Obama administration is investing $3.5 billion in funding transformational changes in the nation's low-performing schools.
"It is time for all of us, no matter what our backgrounds, to come together and solve this epidemic," Obama said. "Stemming the tide of dropouts will require turning around our low-performing schools. Just 2,000 high schools in cities like Detroit, Los Angeles and Philadelphia produce over 50 percent of America's dropouts. Let us all make turning around our schools our collective responsibility as Americans."
The School District of Philadelphia is working to combat the drop out problem. After numerous attempts, a spokesperson did not have the most recent high school drop out figures for The Tribune, however recent reports indicated the rate is reaching 50 percent.
"If we would think through it on a very simple level we'd know that economic success is very closely tied to educational attainment," said Majeedah Scott, assistant director, Multiple Pathways to Graduation.
"Certainly now we're seeing the demand for the jobs out there that really require that folks have a high school diploma and in most cases some skill beyond that. If we are able get more of our young people graduated, they're able to contribute to our local economy more. So I would have to say that report was right on the money."
Scott said the district's accelerated high school system has been instrumental in deterring students from dropping out.
According to Scott, approximately 3,000 students are currently enrolled in the accelerated schools where they can earn their diplomas.
"Sometimes we have young people who have fell behind and have not been keeping up with credit accumulation so the accelerated schools allow them to recoup those credits at a quicker pace while making sure that are still learning the skills that they need to be successful," Scott said.
The accelerated schools provide social support and wraparound services for the students, many of whom are facing personal issues.
Scott said, "One of the things that the young people tell us is one of the things that keeps them engaged in the educational environment is when they have people there they feel care about them."