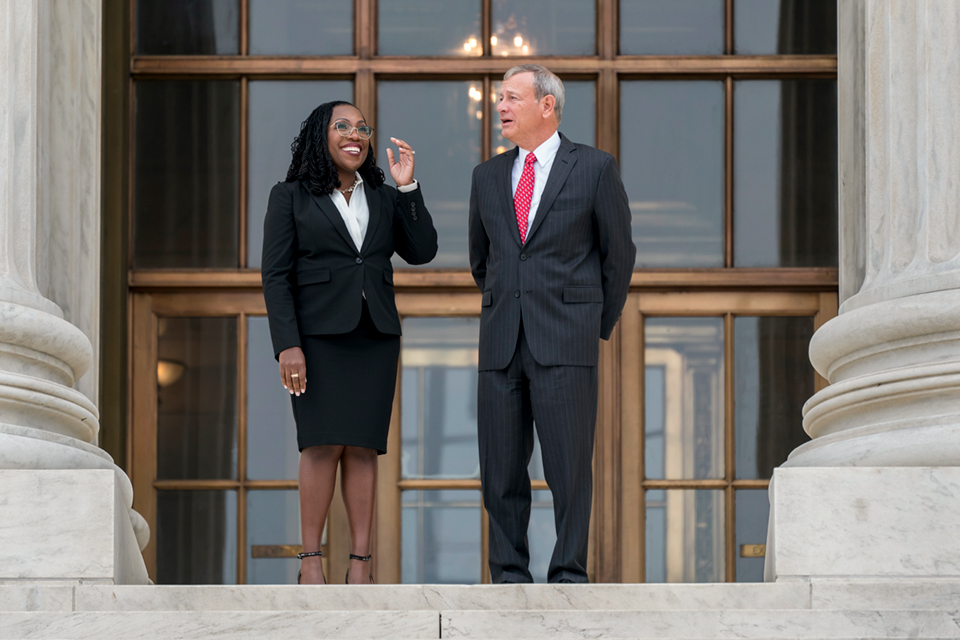 WASHINGTON (AP) — Justice Ketanji Brown Jackson made her first appearance on the Supreme Court bench in a brief courtroom ceremony Friday, three days before the start of the high court's new term.

Chief Justice John Roberts wished the 52-year-old Jackson a “long and happy career in our common calling,” the traditional welcome for a new justice.

She took her place at the far end of the bench to Roberts' left, just next to Justice Brett Kavanaugh. The justices are seated by seniority.

During the ceremony Jackson also followed the custom of every other new justice since 1972 and sat in a chair that once belonged to John Marshall, who served as chief justice for 34 years in the early 1800s.

Marshall also was a slaveholder, perhaps adding a special poignancy to Jackson taking her place in his onetime possession. She is only the third Black justice in the court's history, along with her new colleague Justice Clarence Thomas and the late Justice Thurgood Marshall.

Friday's ceremony included the reading of the commission appointing Jackson to the court. She also repeated the oath she took when she formally joined the court in June, just after the retirement of Justice Stephen Breyer.

Breyer was among a courtroom filled with dignitaries, including House Speaker Nancy Pelosi and former Speaker Paul Ryan, a Jackson relative through marriage.

Jackson's parents, daughters, brother and in-laws had a front-row seat.

Jackson was confirmed in April on a 53-47 vote in the Senate, with three Republican senators joining all Democrats to support her.

Biden had pledged during his presidential campaign that he would nominate a Black woman to the Supreme Court.

The president said nothing during the five-minute, tightly scripted courtroom ceremony.

Back at the White House, Biden tweeted in praise of Jackson's “brilliant legal mind” and touted his record on filling judgeships.

“In fact, we’ve appointed 84 federal judges so far. No group of that many judges has been appointed as quickly, or been that diverse,” Biden said. 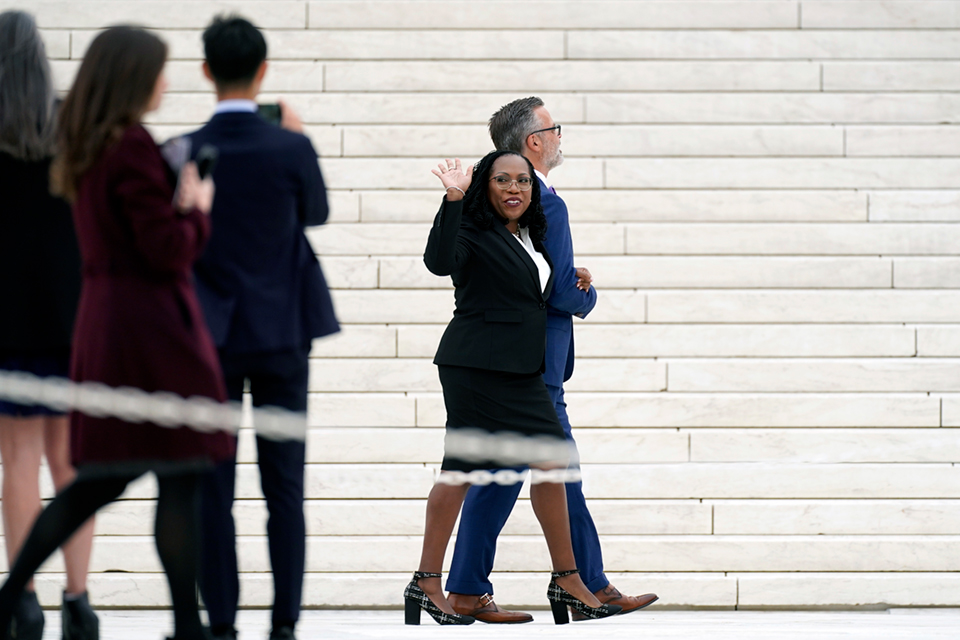 Jackson and Roberts walked down the 36 front steps of the court for photos following the ceremony. They chatted briefly on the court plaza, and when Roberts departed, the justice's husband, Dr. Patrick Jackson, joined her.

Dr. Jackson said, as they embraced in front of a gathering of reporters and well-wishers.

Jackson is the first justice appointed by a Democratic president since Justice Elena Kagan joined the court in 2010. Kagan was appointed by former President Barack Obama, who also appointed Justice Sonia Sotomayor in 2009.

It appeared Obama would get a third high court pick when Justice Antonin Scalia died in February 2016. But Senate Republicans refused to take up Obama’s nomination of Merrick Garland, then serving as a federal appeals court judge. Garland, now Attorney General, also participated in Friday's ceremony.