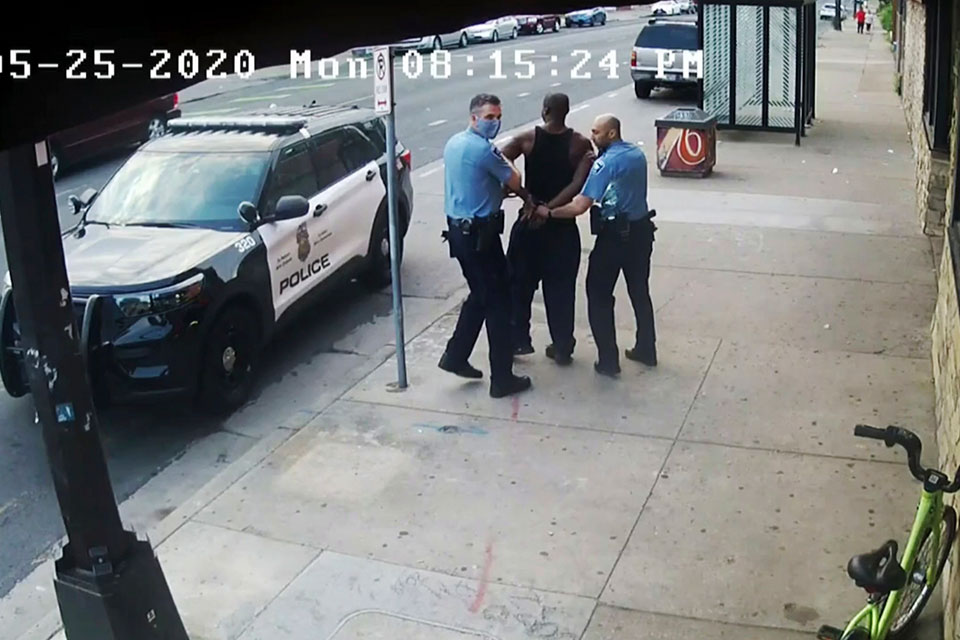 ST. PAUL, Minn. (AP) — A jury of 18 people who appeared mostly white was picked Thursday for the federal trial of three Minneapolis police officers charged in George Floyd’s killing, a case that the judge told potential jurors has “absolutely nothing” to do with race. 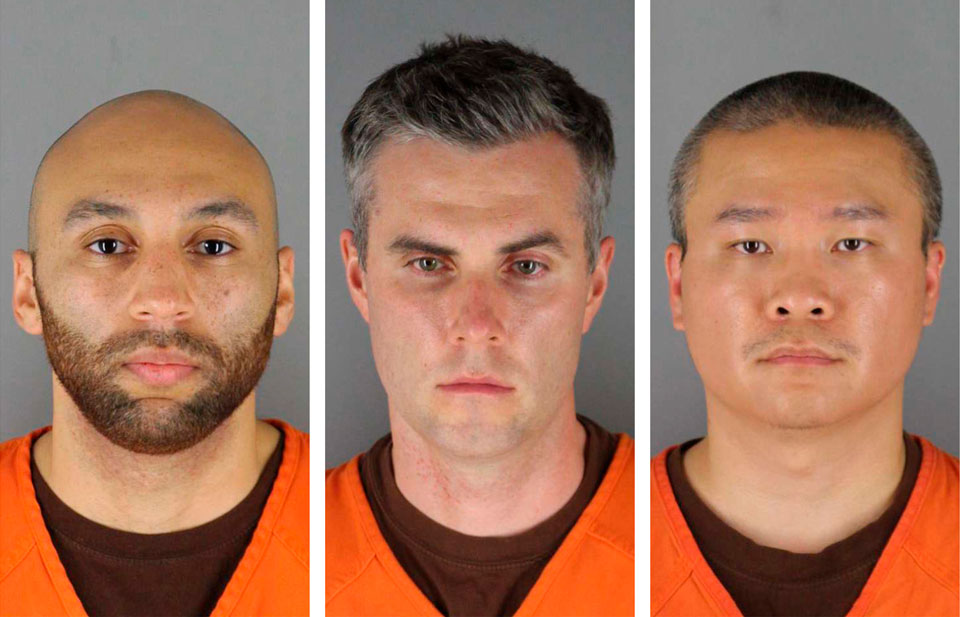 This combination of photos provided by the Hennepin County Sheriff's Office in Minnesota on June 3, 2020, shows, from left, former Minneapolis police officers J. Alexander Kueng, Thomas Lane and Tou Thao. A state court trial for three former Minneapolis police officers charged in the death of George Floyd has been rescheduled for June 13, 2022, after both the defense and prosecutors requested a postponement. (Hennepin County Sheriff's Office via AP, File)The jurors chosen to hear the case against former Officers Tou Thao, Thomas Lane and J. Kueng appeared to include one person of Asian descent among the 12 jurors who would deliberate if no alternates are needed, and a second person of Asian descent among the six alternates, with all others appearing white. The court declined to provide demographic information.

Thao, who is Hmong American; Lane, who is white; and Kueng, who is Black, are broadly charged with depriving Floyd of his civil rights while acting under government authority as Derek Chauvin, who is white, used his knee to pin the Black man to the street. The videotaped killing triggered worldwide protests, violence and a reexamination of racism and policing. Opening statements are scheduled for Monday. 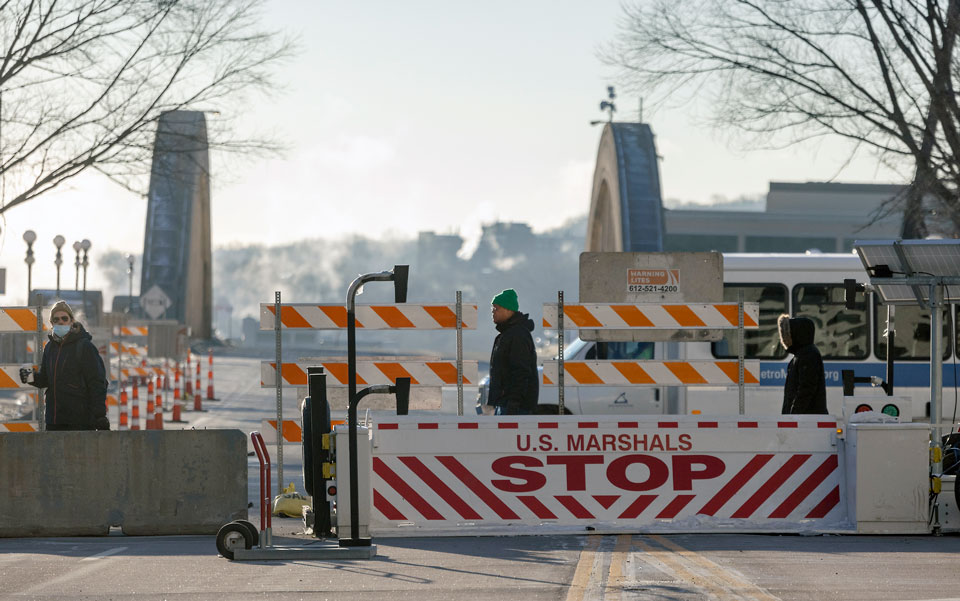 Pedestrians made their way across a closed street near the heavily gated Warren E. Burger Federal Building as jury selection begins in the trial of ex-Minneapolis officers charged in George Floyd killing in St. Paul, Minn., Thursday, Jan. 20, 2021. Jury selection began Thursday in the federal trial of three Minneapolis police officers charged in George Floyd’s killing, with the judge stressing repeatedly that fellow Officer Derek Chauvin's conviction on state murder charges and guilty plea to a federal civil rights violation should not influence the proceedings. (Elizabeth Flores/Star Tribune via AP)The single day of jury selection was remarkably rapid compared with Chauvin’s trial on state charges, where the process took more than two weeks. The apparent jury makeup would also sharply contrast with Chauvin’s jury, which was half white and half nonwhite.

Judge says race is not 'involved'

Responding to a potential juror who said he wasn't sure he could be impartial “due to my color,” U.S. District Judge Paul Magnuson sought to reassure him and other jurors in the pool.

“There is absolutely nothing about the subject of religion, race or ethnicity that’s involved in this case,” Magnuson said.

The man, an immigrant who appeared to be Black, was later dismissed. 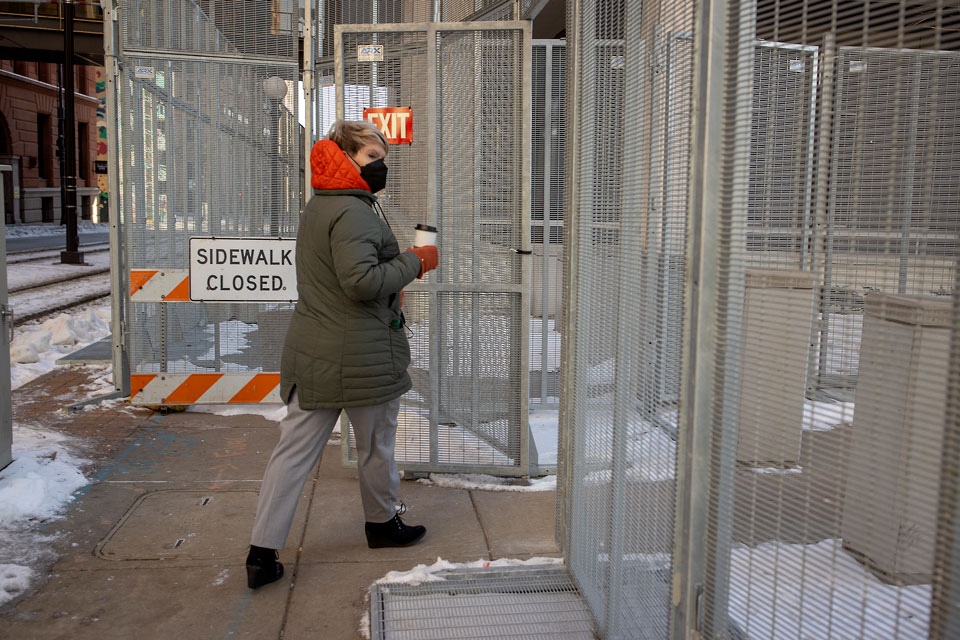 Courteney Ross, the girlfriend of George Floyd, makes her way into the Warren E. Burger Federal Building as jury selection begins in St. Paul, Minn., Thursday, Jan. 20, 2021. Jury selection began Thursday in the federal trial of three Minneapolis police officers charged in George Floyd’s killing, with the judge stressing repeatedly that fellow Officer Derek Chauvin's conviction on state murder charges and guilty plea to a federal civil rights violation should not influence the proceedings. (Elizabeth Flores/Star Tribune via AP)Two legal experts said Magnuson’s remark was accurate from a legal perspective. They noted the officers aren’t accused of targeting Floyd because he was Black, but rather of depriving him of his constitutional rights.

Mike Brandt, a local defense attorney not connected with the case, said Floyd's killing "was kind of the tipping point of unarmed Black men being killed at the hands of police.

"It had everything to do with race.”

Only 3 jurors from Minneapolis area

The jury pool was selected from throughout the state — much more conservative and less diverse than the Minneapolis area from which the jury for Chauvin’s state trial was drawn. That jury convicted Chauvin of murder and manslaughter. He later pleaded guilty to a federal civil rights charge.

Three of the jurors who will deliberate at the federal trial and one of the alternates are from Hennepin County, where Minneapolis is located.

Scholars and legal experts have increasingly advocated for greater jury diversity, not just in race but also by gender and socioeconomic background. They say jurors who share the same background are unlikely to have their biases and preconceptions questioned during deliberations.

“If I was (prosecuting this case), I would want a jury made up of Black jurors,” Brandt said. “If I’m representing these cops, I would prefer a white jury, which is what they have here.”

The three officers face a separate state trial, scheduled for June 13, on charges of aiding and abetting both murder and manslaughter.

Legal experts say the federal trial will be more complicated because prosecutors must prove the officers willfully violated Floyd’s constitutional rights — unreasonably seizing him and depriving him of liberty without due process. 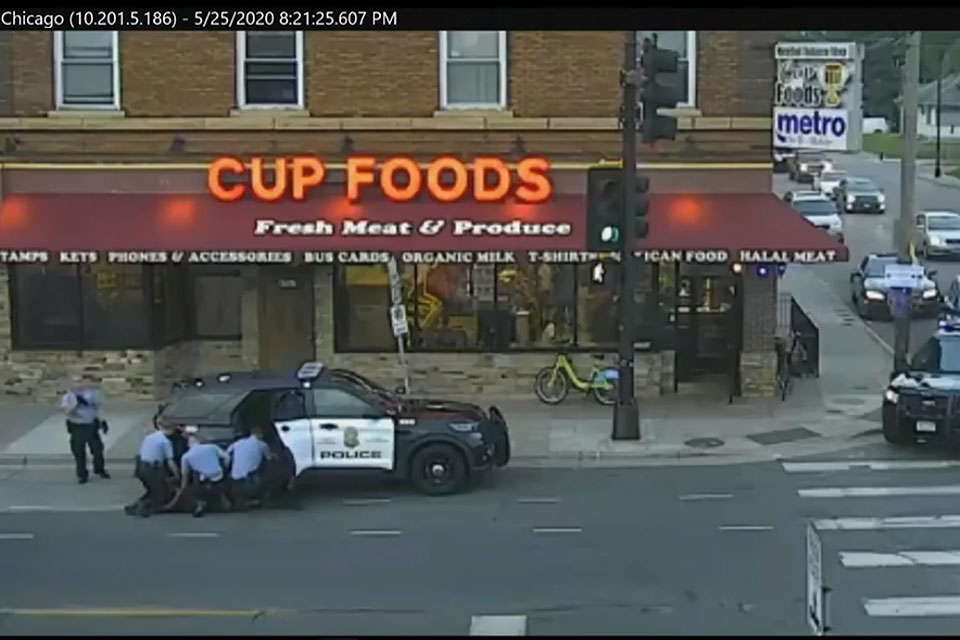 In this image from surveillance video, Minneapolis police Officers from left, Tou Thao, Derek Chauvin, J. Alexander Kueng and Thomas Lane are seen attempting to take George Floyd into custody in Minneapolis, Minn on May 25, 2020. Three former Minneapolis officers headed to trial this week on federal civil rights charges in the death of George Floyd aren't as familiar to most people as Chauvin, a fellow officer who was convicted of murder last spring. (Court TV via AP, Pool, File)Floyd, 46, died on May 25, 2020, after Chauvin pinned him to the ground with his knee on Floyd’s neck for 9 1/2 minutes while Floyd was facedown, handcuffed and gasping for air. Kueng knelt on Floyd's back and Lane held down his legs. Thao kept bystanders from intervening.

A statement from attorneys for the Floyd family Thursday said bystander video showed that the three officers “directly contributed to (Floyd’s) death and failed to intervene to stop the senseless murder.”

Magnuson, who questioned potential jurors, stressed repeatedly that Chauvin's cases should not influence the proceedings. Magnuson told jurors he was “harping and harping and harping” because state and federal law are different and he wanted to ensure they could be objective.

Federal prosecutors face a high legal standard to show that an officer willfully deprived someone of their constitutional rights. Essentially, prosecutors must prove that the officers knew what they were doing was wrong, but did it anyway.

Kueng, Lane and Thao are all charged with willfully depriving Floyd of the right to be free from an officer’s deliberate indifference to his medical needs. The indictment says the three men saw Floyd needed medical care and failed to help him.

Thao and Kueng are also charged with a second count alleging they willfully violated Floyd’s right to be free from unreasonable seizure by not stopping Chauvin as he knelt on Floyd’s neck. It’s not clear why Lane is not mentioned in that count, but evidence shows he asked twice whether Floyd should be rolled on his side.

Both counts allege the officers’ actions resulted in Floyd's death.

Such federal civil rights violations are punishable by up to life in prison or even death, but federal sentencing guidelines indicate the officers would get much less if convicted.