First COVID-19 Shot Recipient in US Now a Vaccine Activist 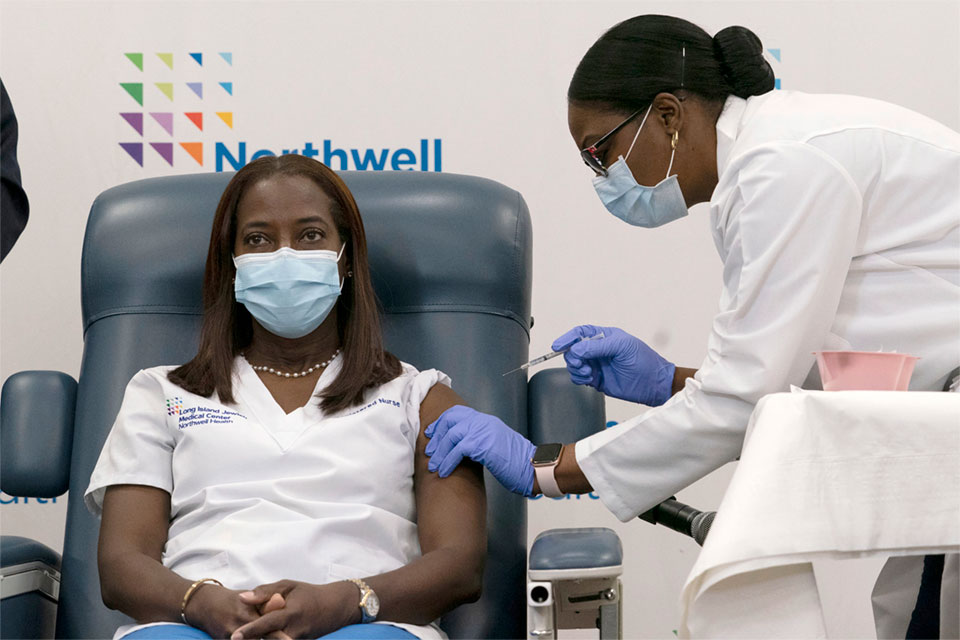 She became a vaccine celebrity by accident.

Since being hailed as the first person in the United States to get a COVID-19 vaccine, New York nurse Sandra Lindsay has become a prominent face in the country's biggest-ever vaccination campaign.

She has been promoting the shots on panels, in Zoom town halls and at other events.

“I encourage people to speak to experts who can answer their questions, to access trusted science. I let them know that it’s OK to ask questions,” said Lindsay, who has spoken at events in the U.S. and Jamaica, where she is from.

Lindsay got her shot in a widely televised moment on December 14 of last year as the U.S. was kicking off its vaccination effort. After getting emergency use authorization from the Food and Drug Administration just days earlier, the first shipments of COVID-19 vaccines had been arriving at hospitals for high-risk health care workers. 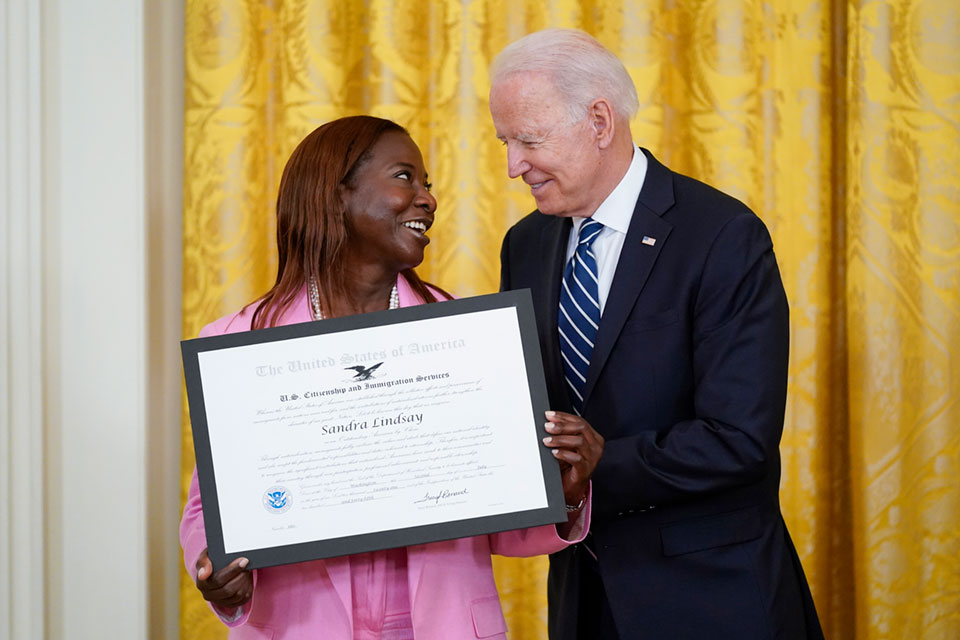 FILE - President Joe Biden recognizes Sandra Lindsay as an "Outstanding American by Choice," a U.S. Citizenship and Immigration Services program that recognizes citizens who have been naturalized in the East Room of the White House, Friday, July 2, 2021, in Washington. Lindsay is believed to be the first American to be vaccinated against COVID-19 outside of a clinical trial. She works as director of nursing for critical care at Northwell Health's Long Island Jewish Medical Center in Queens, New York. (AP Photo/Patrick Semansky, File)

It was a tough time for Lindsay, who saw the impact of COVID-19 up close at Northwell Health’s Long Island Jewish Medical Center in Queens.

“I just felt broken, defeated, just tired and burned out,’’ said Lindsay, director of critical care nursing at the hospital. “Witnessing the overwhelming loss of lives, loss of livelihoods.’’

Northwell Health said it asked for volunteers to get the shots, and that Lindsay “happened to go first" among those who raised their hands. The moment was aired on TV, and she became widely regarded as the first American to get the shot outside of a clinical trial.

Since then, Lindsay has been recognized by President Biden as an “Outstanding American by Choice,” a U.S. Citizenship and Immigration Services program that recognizes citizens who have been naturalized.

With the arrival of the omicron variant and new surges around the country, Lindsay's still addressing fears and misinformation. Some mistakenly believe the shots aren't needed if they eat well and exercise, Lindsay said. Others say the vaccines are a way for the government to track people, or an experiment on Black people.

She said she acknowledges the mistrust in communities of color, which stems from past history. But she reassures people by noting she did her own research before getting her shot, and that there are safeguards in place.

“We’ve had millions and millions of people around the world get vaccinated without any significant adverse event,’’ she said.

She also stresses that getting a shot will help protect others.

Some worries, like fear of needles, can be easier to address, she said.

After children became eligible for the vaccines, Lindsay offered comfort to a 9-year-old girl getting her shot at the hospital. She had to decline the girl's request to vaccinate her since she's not a pediatric nurse, but offered to hold her hand — and did.

Later, Lindsay got a letter from the girl saying how much the gesture had meant.

Looking back, Lindsay said she's grateful for the role she's been able to play: “It’s very rewarding to hear people come up to me and say, ‘Thank you very much. You’ve inspired me to get vaccinated'."