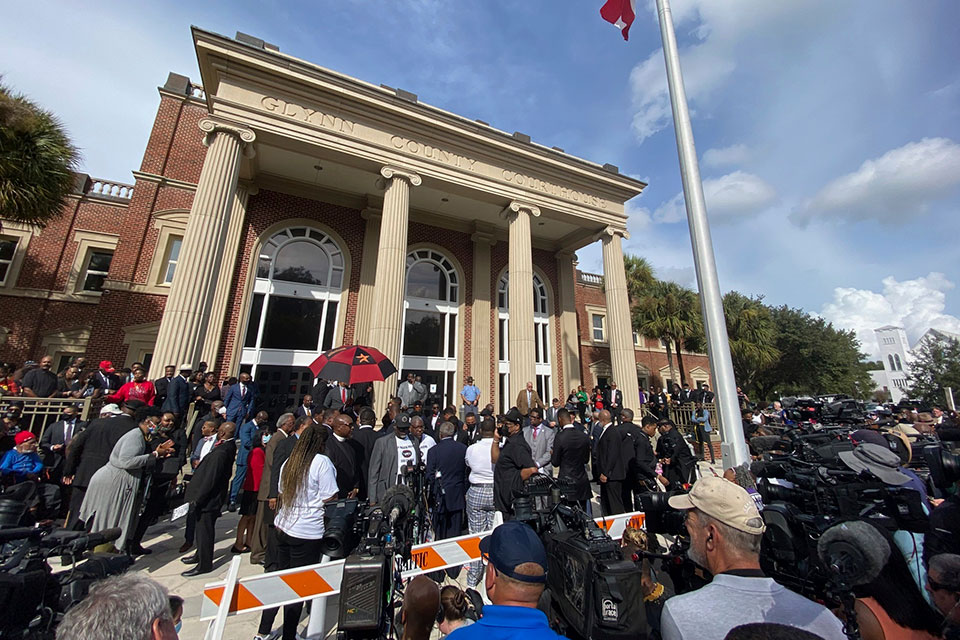 BRUNSWICK, Ga. (AP) — Hundreds of pastors both rallied and prayed Thursday outside the trial of three white men in the killing of Ahmaud Arbery, gathering in response to a defense lawyer's bid to keep Black ministers out of the courtroom.

As testimony resumed inside the Glynn County courthouse, with its four huge columns, arched windows and shaded lawn, a group of mostly Black ministers gathered outside — a sea of dark suits and white collars.

Many carried signs reading, “Black pastors matter,” and some wore buttons with Arbery’s picture and the hashtag they were using for the case, “#JusticeForAhmaud.” A vendor sold T-shirts under one tent while a woman under another offered water and snacks and asked people to put donations in a pickle jar.

The Rev. Al Sharpton announced the rally after a defense attorney intensified frustrations in the coastal Georgia community of Brunswick when he said he didn’t want “any more Black pastors” sitting in the courtroom with Arbery’s family. 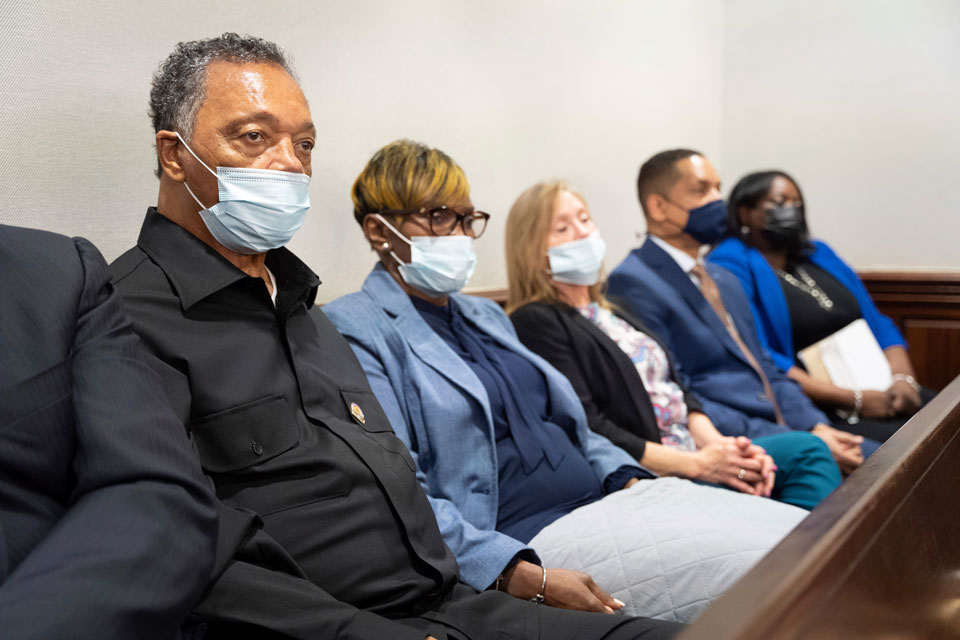 Rev. Jesse Jackson, left, sits with Wanda Cooper-Jones, mother of Ahmaud Arbery, during the trial of Arbery at the Glynn County Courthouse on Thursday, Nov. 18, 2021 in Brunswick, Ga. Travis McMichael, his father Greg McMichael, and a neighbor William "Roddie" Bryan are charged charged with the February 2020 slaying of 25-year-old Ahmaud Arbery. (Sean Rayford/Pool Photo via AP)As the crowd grew outside, the Rev. Jesse Jackson once again joined Arbery’s family in the courtroom. Criticizing the failed attempt to keep black pastors out of court, Sharpton told the rally that no one had questioned who is sitting with the defendants' families.

“No lawyer can knock us out. Because no matter where you are, God is there,“ he said.

“We are going to keep coming until we get justice.”

Ben Crump, a civil rights attorney representing the Arbery family, predicted the defense would ask the judge for a mistrial because of the demonstration outside the courthouse.

“We need preachers to come pray for them in this insane situation, this inhumane situation,” he said. Earlier, people in the crowd chanted the names of Black people who have been killed in high-profile cases in which racism or police brutality were alleged. 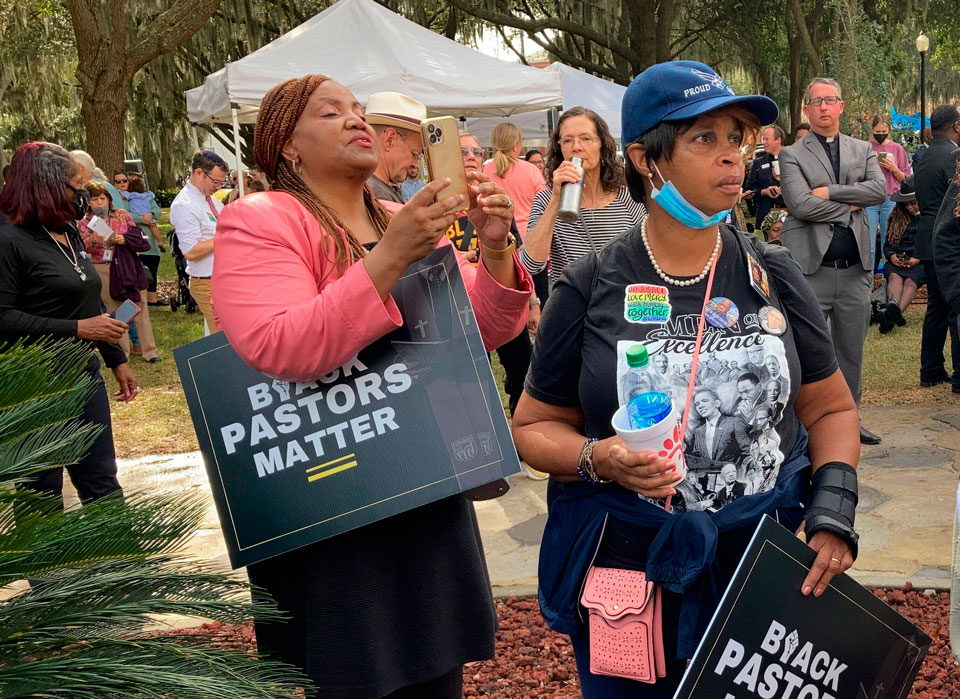 Protesters stand outside the Glynn County Courthouse on Thursday, Nov. 18, 2021 in Brunswick, Ga., during the trial of Greg McMichael and his son, Travis McMichael, and a neighbor, William "Roddie" Bryan. The three are charged with the February 2020 slaying of 25-year-old Ahmaud Arbery. (AP Photo/Jeffrey Collins)The Rev. Gregory Edwards was broadcasting a Facebook Live video back to his friends in Allentown, Pennsylvania, where he is pastor of the Resurrected Life Community Church, United Church of Christ. As soon as the call for pastors to come to Brunswick went out, Edwards said, he rearranged his schedule to fly down.

“I would have walked,” said Edwards, who also runs a multifaith, multiracial community organizing group.

Edwards said he cried when he saw the video of Arbery's shooting death and thought of his three Black adult sons.

“Through technology we have been forced to bear witness to the public executions of our Black brothers and sisters,” Edwards said.

A group of businesses in Brunswick and surrounding Glynn County joined together to provide a lunch of free barbecue sandwiches, shrimp and side dishes before the pastors rallied. Organizer Mike Mally said the group wanted to show that the community was united, not divided by race.

“We figured this was a good thing to do with all these visitors,” Mally said.