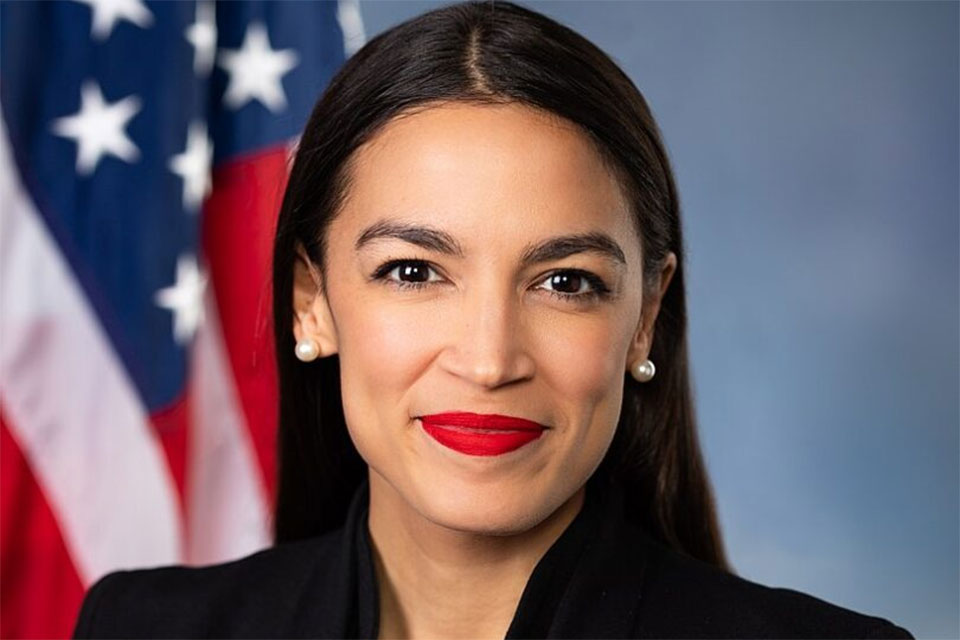 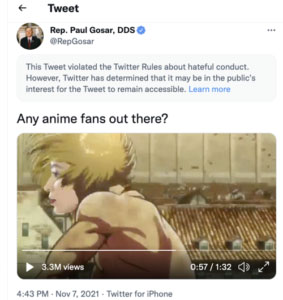 The Congressional Black Caucus is leading the call for sanctions against Arizona Republican Congressman Paul Gosar after tweeting a video depicting him striking New York Democratic Rep. Alexandria Ocasio-Cortez with a sword.

The Arizona Republican’s fantasy of butchering the congresswoman continues as he appears to attack President Joe Biden in the reimagined video physically.

“A creepy member I work with shared a fantasy video of him killing me,” Rep. Ocasio-Cortez shared on Twitter, while also noting that institutions “don’t protect women of color.”

During the 90-second video, Rep. Gosar shares an altered version of a Japanese anime series, shots of border patrol officers and migrants.

The animated characters’ faces are replaced with Congressman Gosar and Republican Reps. Marjorie Taylor Greene and Lauren Boebert are pictured fighting other characters. Rep. Gosar’s character viciously attacks and strikes Ocasio-Cortez in the neck with a sword.

“This dude is a just a collection of wet toothpicks anyway,” the New York representative remarked.

“White supremacy is for extremely fragile people and sad men like him, whose self-concept relies on the myth that he was born superior because deep down he knows he couldn’t open a pickle jar or read a whole book by himself.”

Twitter flagged the tweet with officials noting that it violated the platform’s rules concerning hateful conduct. They declined to remove the tweet but placed a “public interest notice” on the message.

“[Twitter] determined that it may be in the public’s interest for the Tweet to remain accessible,” a spokesperson stated.

But Caucus members said they would seek harsh discipline for Congressman Gosar.

“This man should not serve in Congress,” Rep. Ilhan Omar stated. “Fantasizing about violently attacking your colleagues has no place in our political discourse and society.” Congressman Ted Lieu (D-Calif.) called Gosar’s action “sick.”

“In any workplace in America, if a coworker made an anime video killing another coworker, that person would be fired,” Lieu wrote on Twitter. Noting that Gosar and House Minority Leader Kevin McCarthy are ardent supporters of former President Donald Trump, California Democratic Rep. Eric Swalwell called the Republicans “blood thirsty.”

“These blood-thirsty losers are more comfortable with violence than voting. So keep exposing them,” Swalwell demanded.

“Gosar must be removed from Congress right now,” Malmet insisted. “Hopefully [Rep. Ocasio-Cortez] has extra protection from the crazies.”