US Easing Virus Restrictions for Foreign Flights to America 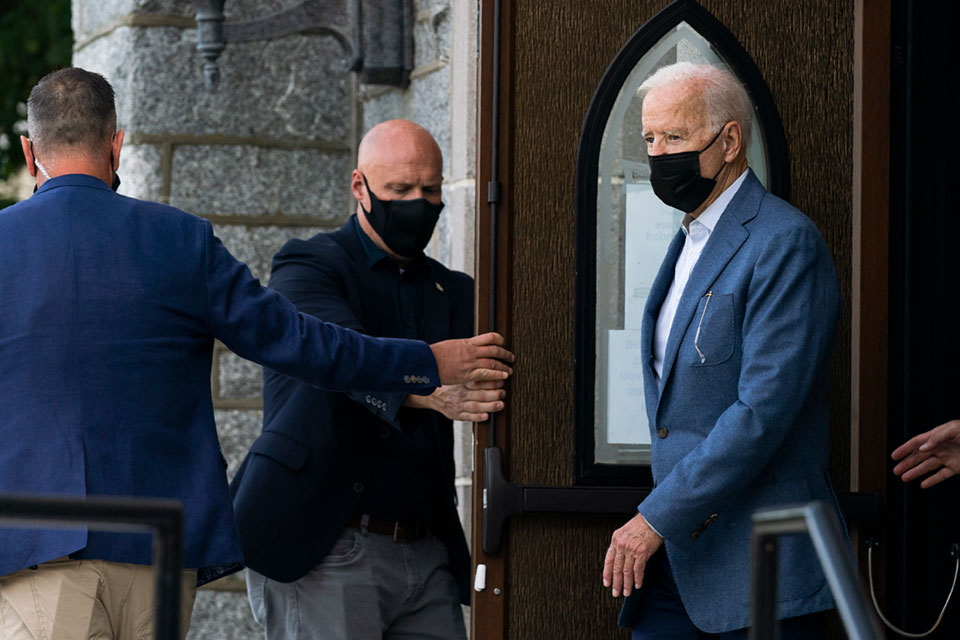 WASHINGTON (AP) — The U.S. said Monday it will ease airline restrictions this fall on travel to the country for people who have vaccination proof and a negative COVID-19 test, replacing a hodgepodge of rules that had kept out many non-citizens and irritated allies in Europe and beyond where virus cases are far lower.

The changes, to take effect in November, will allow families and others who have been separated by the travel restrictions for 18 months to plan for long-awaited reunifications and allow foreigners with work permits to get back to their jobs in the U.S.

“It’s a happy day. Big Apple, here I come!” said French entrepreneur Stephane Le Breton, 45, finally able to book a trip to New York City that had been put on hold over the virus restrictions.

The new policy will replace a patchwork of travel bans first instituted by President Donald Trump last year and tightened by President Joe Biden that restrict travel by non-citizens who have in the prior 14 days been in the United Kingdom, European Union, China, India, Iran, Republic of Ireland, Brazil or South Africa.

White House COVID-19 coordinator Jeff Zients announced the new policies, which still will require all foreign travelers flying to the U.S. to demonstrate proof of vaccination before boarding, as well as proof of a negative COVID-19 test taken within three days of flight. Biden will also tighten testing rules for unvaccinated American citizens, who will need to be tested within a day before returning to the U.S., as well as after they arrive home. 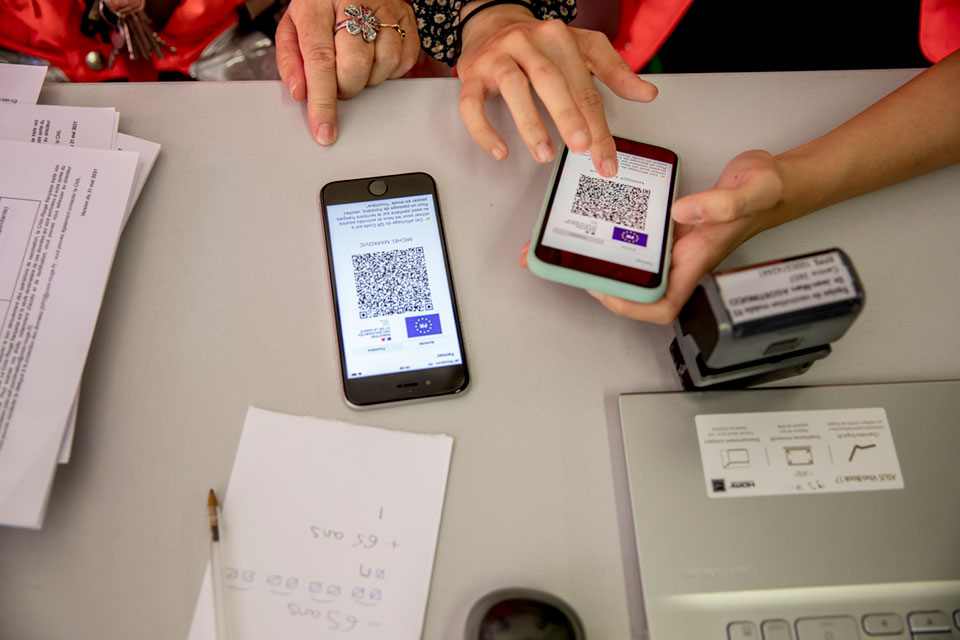 FILE - In this Aug. 13, 2021, file photo, two Red Cross volunteers help a man to activate his pass on the TousAntiCovid application in Le Bourget, north of Paris, France. In both the U.S. and the EU, officials are struggling with the same question: how to boost vaccination rates to the max and end a pandemic that has repeatedly thwarted efforts to control it. In the European Union, officials in many places are requiring people to show proof of vaccination, a negative test or recent recovery from COVID-19 to participate in everyday activities — even sometimes to go to work. (AP Photo/Adrienne Surprenant, File)

The tougher rules for unvaccinated Americans come as the White House has moved to impose sweeping vaccination-or-testing requirements affecting as many as 100 million people in an effort to encourage holdouts to get shots.

Fully vaccinated passengers will not be required to quarantine, Zients said.

There will be no immediate change to U.S. land border policies, which restrict much cross-border travel with Mexico and Canada.

The travel bans had become the source of growing geopolitical frustration, particularly among allies in the UK and EU. The easing comes ahead of Biden meeting with some European leaders on the margins of the United Nations General Assembly this week.

“This is based on individuals rather than a country-based approach, so it’s a stronger system," Zients said.

The EU and UK had previously moved to allow vaccinated U.S. travelers in without quarantines, in an effort to boost business and tourism. But the EU recommended last month that some travel restrictions be reimposed on U.S. travelers to the bloc because of the rampant spread of the delta variant of the coronavirus in America.

The Centers for Disease Control and Prevention will require airlines to collect contact information from international travelers to facilitate tracing, Zients said.

It was not immediately clear which vaccines would be acceptable under the U.S. system and whether those unapproved in the U.S. could be used. Zients said that decision would be up to the CDC.

Monday's announcement was met with applause by the air travel industry, which has lost significant revenue from declines in international travel.

Delta Air Lines spokesman Morgan Durrant said, "Science tells us that vaccinations coupled with testing is the safest way to re-open travel, and we are optimistic this important decision will allow for the continued economic recovery both in the U.S. and abroad and the reunification of families who have been separated for more than 18 months.”

Worldwide, air travel is still down more than half from pre-pandemic levels, and the decline is much sharper for cross-border flying. By July, domestic travel had recovered to 84% of 2019 numbers, but international travel was just 26% of the same month two years ago, according to figures this month from the airline industry’s main global trade group, the International Air Transport Association.

The numbers are similar but not quite as stark for the U.S., where international travel in August was 46% of that in August 2019, according to Airlines for America. Arrivals by non-U.S. citizens were only 36% of the 2019 level.

British Prime Minister Boris Johnson tweeted that he was “delighted” by the news. He said: “It’s a fantastic boost for business and trade, and great that family and friends on both sides of the pond can be reunited once again.”

Airlines hailed the U.S. decision as a lifeline for the struggling industry. Tim Alderslade, chief executive of industry body Airlines U.K. said it was “a major breakthrough.”

Shai Weiss, chief executive of Virgin Atlantic, said it was “a major milestone. ... The U.K. will now be able to strengthen ties with our most important economic partner, the U.S., boosting trade and tourism as well as reuniting friends, families and business colleagues."

The changes also drew praise from business groups, who have been contending with labor shortages as the economy bounces back with unexpected strength from last year’s coronavirus recession. U.S. employers have been posting job openings — a record 10.9 million in July — faster than applicants can fill them.

Myron Brilliant, head of international affairs for the U..S. Chamber of Commerce, said in a statement, “Allowing vaccinated foreign nationals to travel freely to the United States will help foster a robust and durable recovery for the American economy.”