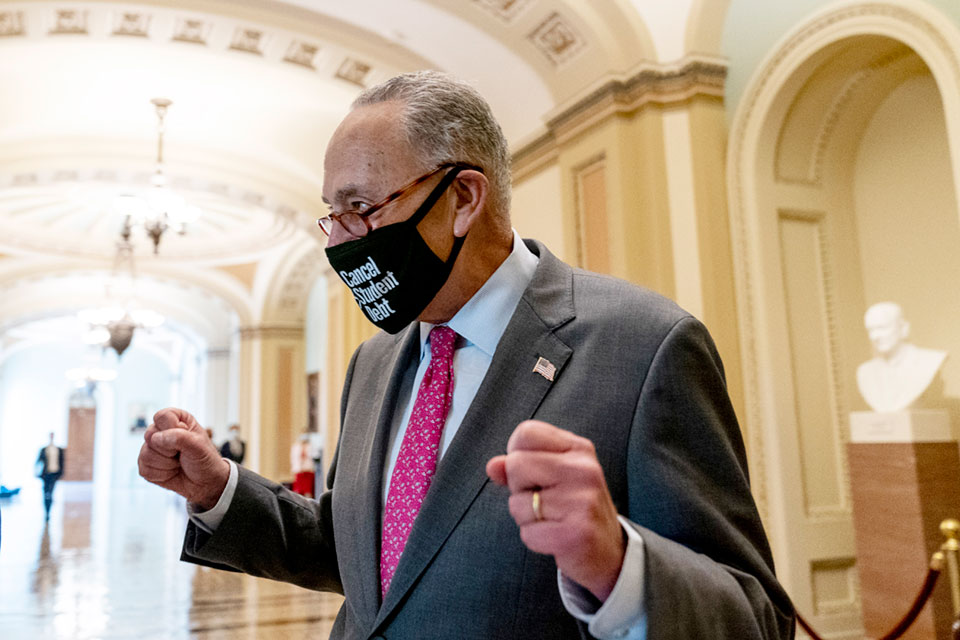 WASHINGTON (AP) — With a robust vote after weeks of fits and starts, the Senate approved a $1 trillion bipartisan infrastructure plan on Tuesday, a rare coalition of Democrats and Republicans joining to overcome skeptics and deliver a cornerstone of President Joe Biden’s agenda.

The 69-30 tally provides momentum for this first phase of Biden’s “Build Back Better” priorities, now headed to the House. A sizable number of lawmakers showed they were willing to set aside partisan pressures, eager to send billions to their states for rebuilding roads, broadband internet, water pipes and the public works systems that underpin much of American life.

The work is not done yet

Infrastructure was once a mainstay of lawmaking, but the weeks-long slog to strike a compromise showed how hard it has become for Congress to tackle routine legislating, even on shared priorities.

“There’s been detours and everything else, but this will do a whole lot of good for America,”

The outline for Biden’s bigger $3.5 trillion package is next up for the Senate — a more liberal undertaking of child care, elder care and other programs that is much more partisan and expected to draw only Democratic support. That debate is expected to extend into the fall.

How the bill was formed

Tuesday's Infrastructure Investment and Jobs Act started with a group of 10 senators who seized on Biden’s campaign promise to draft a scaled-down version of his initial $2.3 trillion proposal, one that could more broadly appeal to both parties in the narrowly divided Congress, especially the 50-50 Senate.

It swelled to a 2,700-page bill backed by the president and also business, labor and farm interests. It drew an expansive alliance of senators and a bipartisan group in the House.

In all, 19 Republicans joined all Democrats in voting for Senate passage. Vice President Kamala Harris, as presiding officer, announced the final tally. 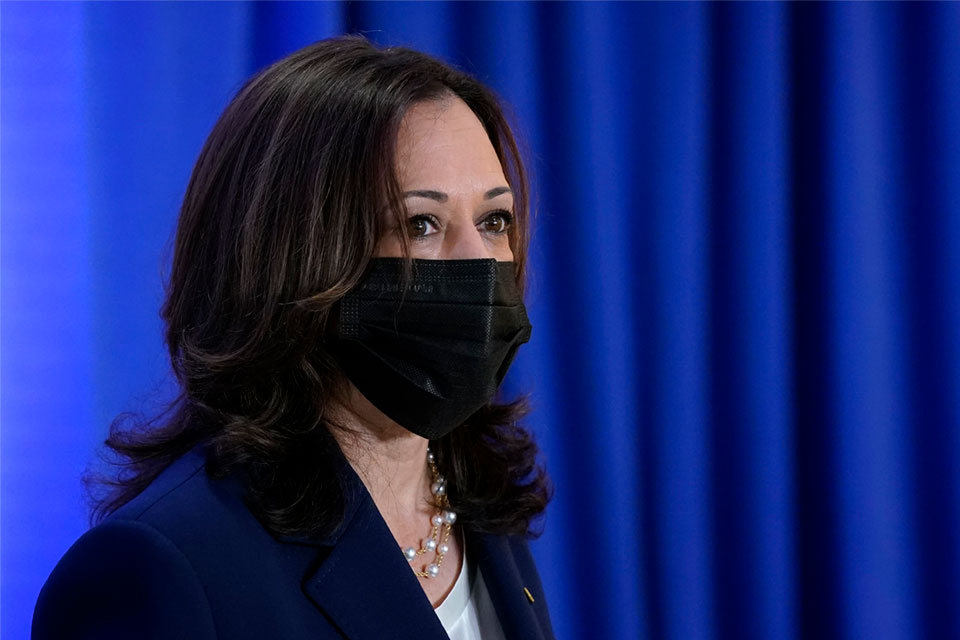 While liberal lawmakers said the package doesn’t go far enough as a down-payment on Biden’s priorities and conservatives said it is too costly and should be more fully paid for, the coalition of centrist senators was able to hold. Even broadsides from former President Donald Trump could not bring the bill down.

“This infrastructure bill is not the perfect bill,” said Sen. Lisa Murkowski, R-Alaska, one of the negotiators. She said the senators kept at it, believing,

“It’s better to get some of what our constituents want rather than none of it.”

The measure proposes nearly $550 billion in new spending over five years in addition to current federal authorizations for public works that will reach virtually every corner of the country — a potentially historic expenditure Biden has put on par with the building of the transcontinental railroad or interstate highway system.

There’s money to rebuild roads and bridges, and also to shore up coastlines against climate change, protect public utility systems from cyberattacks and modernize the electric grid. Public transit gets a boost, as do airports and freight rail. Most lead drinking water pipes in America could be replaced. 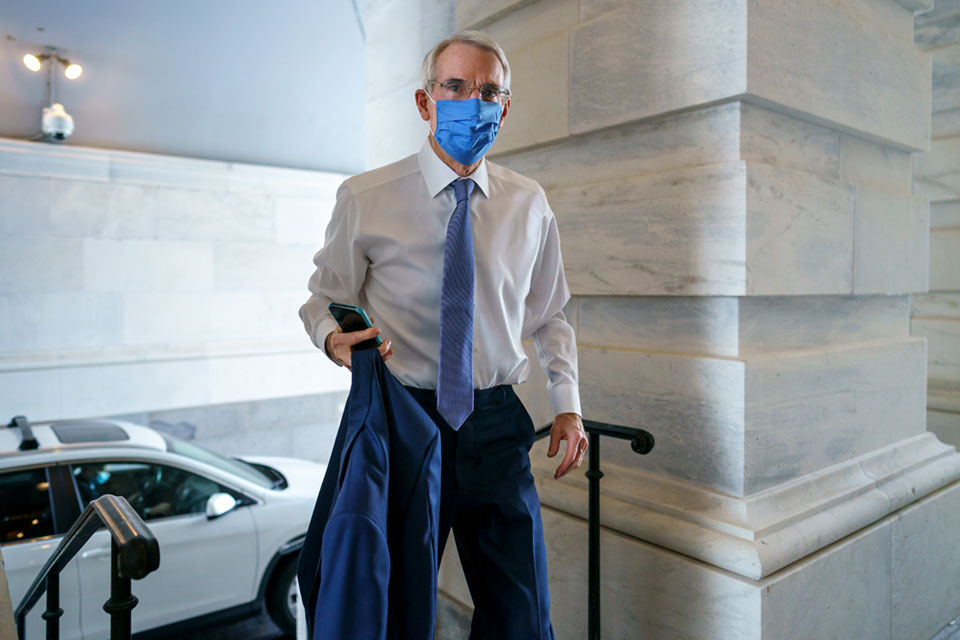 Sen. Rob Portman of Ohio, the lead Republican negotiator, said the proposals have been talked about for years, yet never seem to get done, including for a bridge across the Ohio River between his state and Kentucky.

“We’ll be getting it right for the American people,” he said.

The top Democratic negotiator, Sen. Kyrsten Sinema, said rarely will a piece of legislation affect so many Americans. She gave a nod to the late fellow Arizona Sen. John McCain and said she was trying to follow his example to “reach bipartisan agreements that try to bring the country together.”

Drafted during the COVID-19 crisis, the bill would provide $65 billion for broadband, a provision Sen. Susan Collins, R-Maine, negotiated because she said the coronavirus pandemic showed that such service “is no longer a luxury; it is a necessity.” States will receive money to expand broadband and make it more affordable.

Despite the momentum, action slowed last weekend when Sen. Bill Hagerty, a Tennessee Republican allied with Trump, refused to speed up the process.

Opposers of the bill laying low

Trump had called his one-time Japan ambassador and cheered him on, but it’s unclear if the former president’s views still carry as much sway with most senators. Trump issued fresh complaints hours before Tuesday's vote. He had tried and failed to pass his own infrastructure bill during his time in the White House.

Other Republican senators objected to the size, scope and financing of the package, particularly concerned after the Congressional Budget Office said it would add $256 billion to deficits over the decade.

Two Republicans, Sens. Jerry Moran of Kansas and Todd Young of Indiana, had been part of initial negotiations shaping the package but ultimately opposed it.

“My efforts to reach a compromise were honest & sincere, & unfortunately, we were unable to arrive at a bill I could support,” Moran said in a tweet. 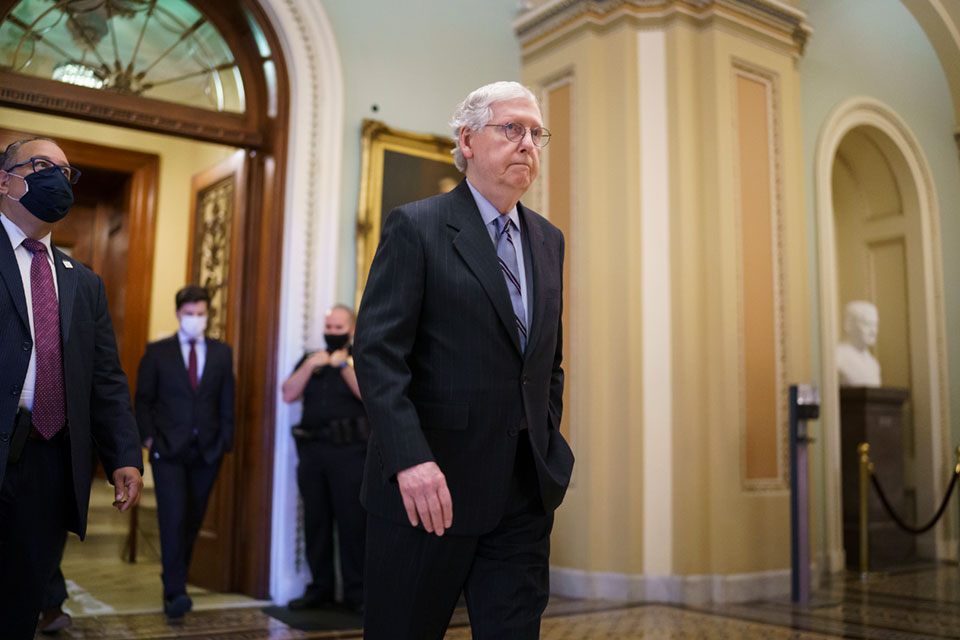 Rather than pressure his colleagues, Senate Republican leader Mitch McConnell of Kentucky has stayed behind the scenes for much of the bipartisan work. He allowed the voting to proceed, and may benefit from enabling this package in a stroke of bipartisanship while trying to stop Biden’s next big effort. He voted for passage on Tuesday.

Unlike the $3.5 trillion second package, which would be paid for by higher tax rates for corporations and the wealthy, the bipartisan package is to be funded by repurposing other money, including some COVID-19 aid.

One bill at a time

The bill’s backers argue that the budget office’s analysis was unable to take into account certain revenue streams that will help offset its costs — including from future economic growth.

Senators have spent the past week processing nearly two dozen amendments, but none substantially changed its framework.

The House is expected to consider both Biden infrastructure packages together, but centrist lawmakers urged Speaker Nancy Pelosi to bring the bipartisan plan forward quickly, and they raised concerns about the bigger bill in a sign of the complicated politics still ahead.

After the Senate vote, she declared, “Today is a day of progress ... a once in a century opportunity.”