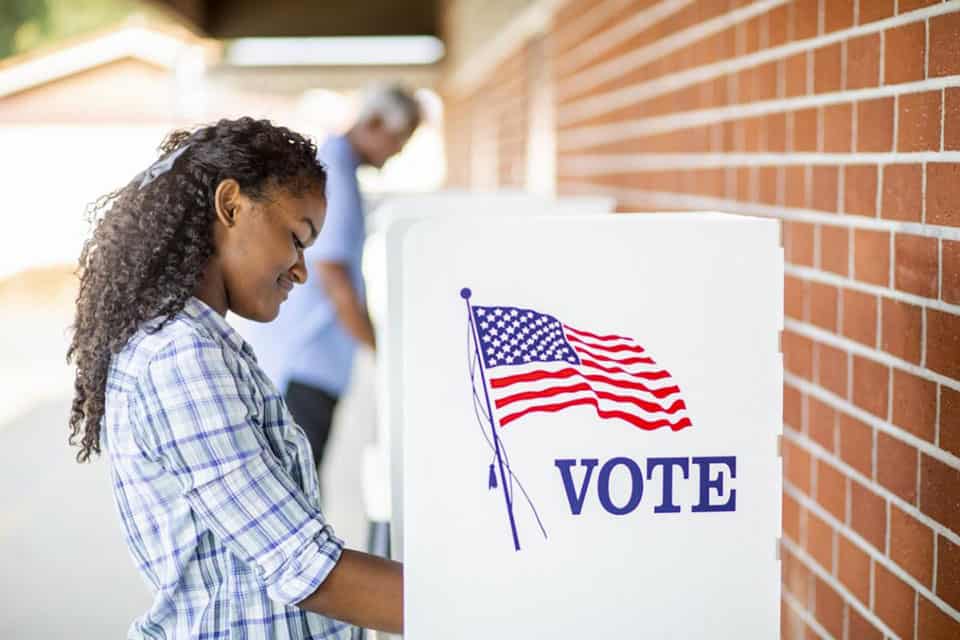 In the poll, the top priorities and anxieties about the upcoming election for Black women included: the desire for a stronger response to the coronavirus and the need for racial justice. In addition, the Black women polled noted that when it came to the demographic who could bring about the change the United States needed with voter turnout, an overwhelming 64 percent, of course, chose Black women.

Over the last two presidential elections, Black women have continued to show up and show out. Whether it was voting for Barack Obama or Hillary Clinton, Black women have been at the forefront of trying to protect the United States from eating itself alive. But over the last 4 years, the Black community has dealt with everything from the coronavirus to the state sanctioned killings of Black people at the hands of law enforcement, as well as voter disenfranchisement.

Motivated by need for racial justice

For example, in Harris County, Texas, home to 2.4 million voters, Gov. Greg Abbott allowed the closing of ballot drop off sites, which has now resulted in several lawsuits. This is one of several examples of how voter suppression is in full force this election. But these tactics, along with long lines, changes to voting and the present pandemic won’t keep Black women from the polls. When asked in the survey, ‘what is one word or phrase that best describes your motivation for voting this year?’ participants responded with the need for change and racial justice.

As COVID continues to disproportionately affect Black and Brown communities, this election’s turnout is tantamount in putting someone in office who is capable of instituting laws that will protect the Black community’s health, as well as providing assistance to those who have been displaced from their homes or have faced unemployment. 48 percent of the respondents stated that the coronavirus was a top issue for them personally. But when it comes to what keeps them up at night, weeks before the election, racism was the most common response.

After a summer of protests and Black deaths at the hands of law enforcement, the poll results show that Black women voters are concerned about being safe in their Black skin, and if they would end up like Breonna Taylor. Others were also concerned about their Black children being safe once they leave their homes on a daily basis.

Only 34 percent of respondents said they felt more hopeful of the progress that has been made in light of the recent protests, whereas 38% said they didn’t feel any different from before the protests, and 28 percent stated they felt less hopeful. Across the country, we saw millions of people hitting the streets in protest and allies standing in solidarity to the systemic racism that has engulfed this country for centuries.

Black women know that the only way to rid the country of its vile history is by voting, and not only on a national level, but also on local levels. Black women know that we possess a political power like no other, and the poll results are reflective on that, particularly when 50 percent of the women polled said they felt motivated by the upcoming election.

Across the country, many people have already voted using mail-in ballots. But on November 3rd, others will head to their local polling location and cast their vote. And although the weight of the world seems as though it’s on the shoulders of Black women, this election is literally a vote or die situation. And once again, Black women will rise to the occasion to save their country.

Glynda C. Carr is the President and CEO of Higher Heights for America the only national organization providing Black women with a political home exclusively dedicated to harnessing their power to expand Black women’s elected representation and voting participation, and advance progressive policies.