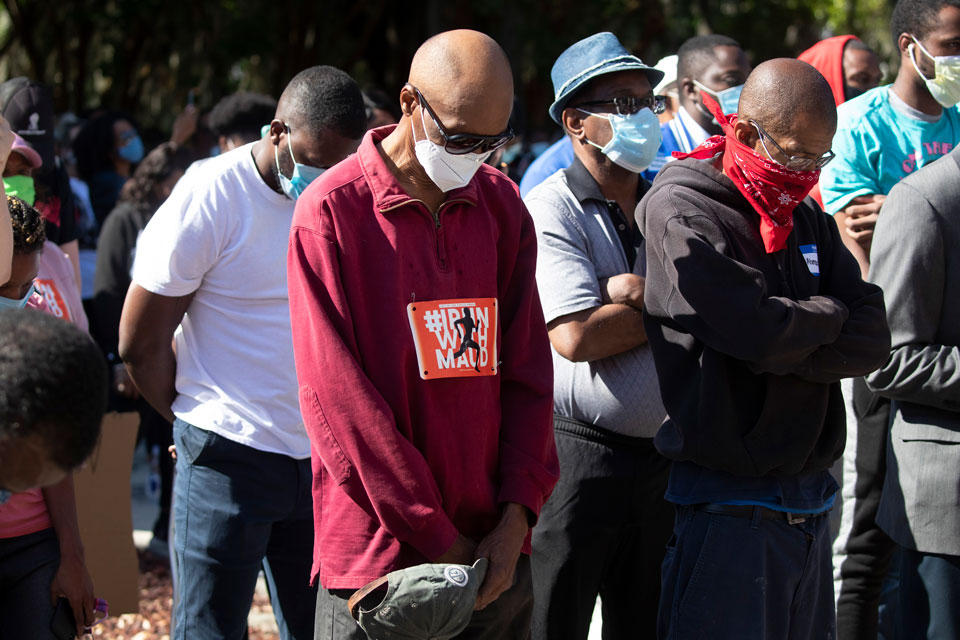 SAVANNAH, Ga. (AP) — The Justice Department said Monday that federal prosecutors are weighing possible hate crime charges in the slaying of Ahmaud Arbery, a Black man gunned down after being pursued by two armed White men in a Georgia subdivision. 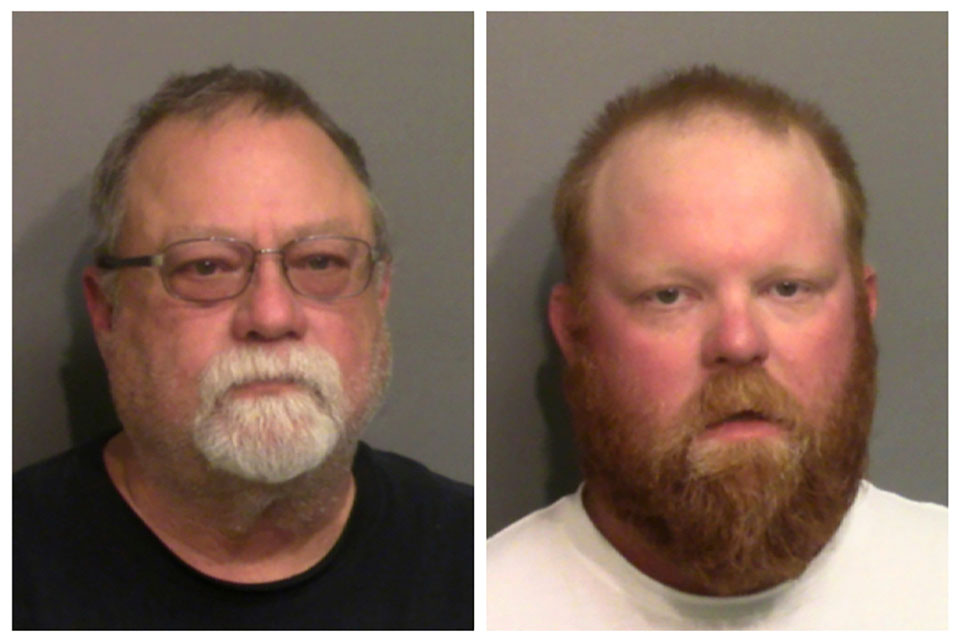 This photo combo of images taken Thursday, May 7, 2020, and provided by the Glynn County Detention Center, in Georgia, show Gregory McMichael, left, and his son Travis McMichael. The two have been charged with murder in the February shooting death of Ahmaud Arbery, whom they had pursued in a truck after spotting him running in their neighborhood. (Glynn County Detention Center via AP)Arbery was fatally shot Feb. 23 by a father and son who told police they chased him because they believed he was a burglar. They were arrested last week, more than two months later, on charges of felony murder and aggravated assault after video of the shooting appeared online.

Georgia has no hate crime law

Attorneys for Arbery's parents and others, including Georgia Attorney General Chris Carr and the Southern Poverty Law Center, have asked for a federal investigation. Georgia has no hate crime law allowing charges at the state level.

“We are assessing all of the evidence to determine whether federal hate crimes charges are appropriate," Justice Department spokeswoman Kerri Kupec said in a statement Monday.

Previously, a Justice Department spokesman had said the FBI is assisting in the investigation and the department would assist if a federal crime is uncovered.

Kupec's statement Monday also said the Justice Department was considering Carr's request for federal authorities to investigate how local police and prosecutors handled the case. She said Carr has been asked to “forward to federal authorities any information that he has.”

Gregory McMichael, 64, and his 34-year-old son, Travis McMichael, are jailed on charges of felony murder and aggravated assault in Arbery's slaying. Gregory McMichael is a former Glynn County police officer who later worked 20 years as an investigator for the local district attorney's office. He retired a year ago.

The father and son told police they thought Arbery matched the appearance of a burglary suspect who they said had been recorded on a surveillance camera some time before, according to the Glynn County police report filed after the shooting.

Arbery’s mother, Wanda Cooper Jones, has said she thinks her 25-year-old son, a former high school football player, was just jogging in the neighborhood before he was killed.

Man who recorded video not charged

Meanwhile, a man identifying himself as the person who recorded the cellphone video of the shooting said he’s received death threats.

William “Roddie” Bryan is identified as a witness in the police report taken after Arbery’s shooting. He appears to be mentioned in a single sentence of the report, which says Gregory McMichael told an officer that “'Roddy' attempted to block (Arbery) which was unsuccessful.”

“I had nothing to do with it. I’m trying to get my life back to normal, and it’s been smeared for the last week,” Bryan told WJAX-TV in an interview that aired Monday.

“I was told I was a witness and I’m not sure what I am, other than receiving a bunch of threats.”

Bryan has not been charged in the case. The TV station reported Bryan would not discuss his involvement in the events that led to Arbery's death.

It was not known Monday whether the McMichaels had attorneys to represent them. They had no lawyers at their first court appearance Friday.

The leaked video shows a Black man running at a jogging pace. The truck is stopped in the road ahead of him, with one of the White men standing in the pickup’s bed and the other beside the open driver’s side door.

The running man attempts to pass the pickup on the passenger side, moving just beyond the truck, briefly outside the camera’s view. A gunshot sounds, and the video shows the running man grappling with a man over what appears to be a shotgun or rifle. A second shot can be heard, and the running man can be seen punching the other man. A third shot is fired at point-blank range. The running man staggers a few feet and falls face down.