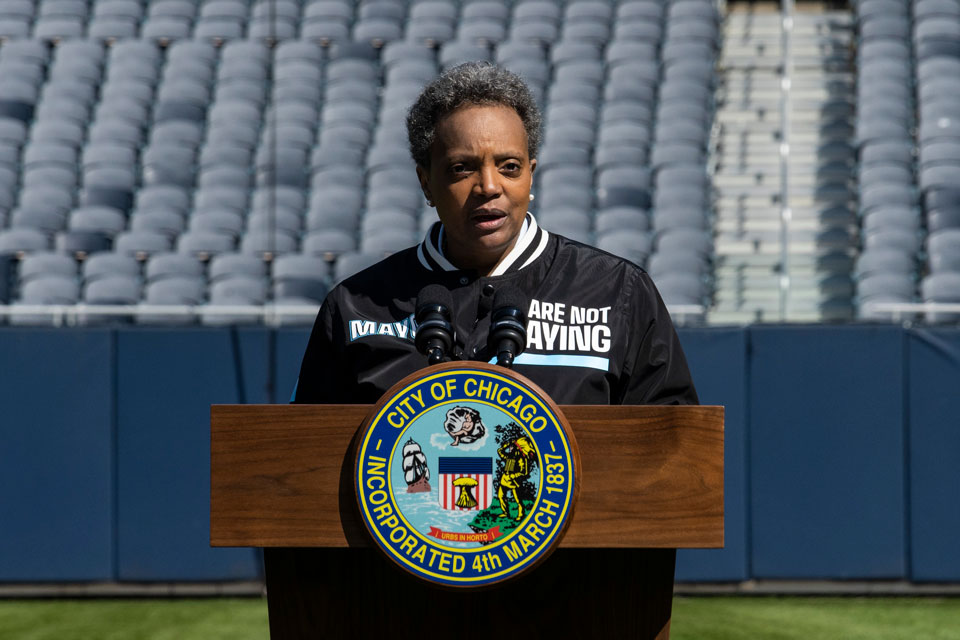 CHICAGO (AP) — Chicago's mayor pledged an aggressive public health campaign aimed at the city's Black and Brown communities Monday amid alarm that an overwhelming number of African American residents were among the people to die of COVID-19 in early data.

Black residents accounted for 72% of deaths from COVID-19 complications in the city and 52% of positive tests for the coronavirus, despite making up only 30% of the city's population, according to the city's public health agency.

Public health experts in Chicago said the trend was unsurprising to anyone familiar with decades-old barriers to health care in the geographically divided city; residents of the city's South and West sides historically have poorer access to health care, higher poverty rates and jobs that require them to keep showing up while others are able to work from home.

Similar conditions mark other large cities with large Black populations that are considered hot spots for the coronavirus, including New York, Detroit, Milwaukee and New Orleans. Figures released Monday by Michigan's Department of Health and Human Services showed African Americans, who make up 14% of the state population, make up about 33% of cases statewide and 41% of deaths. 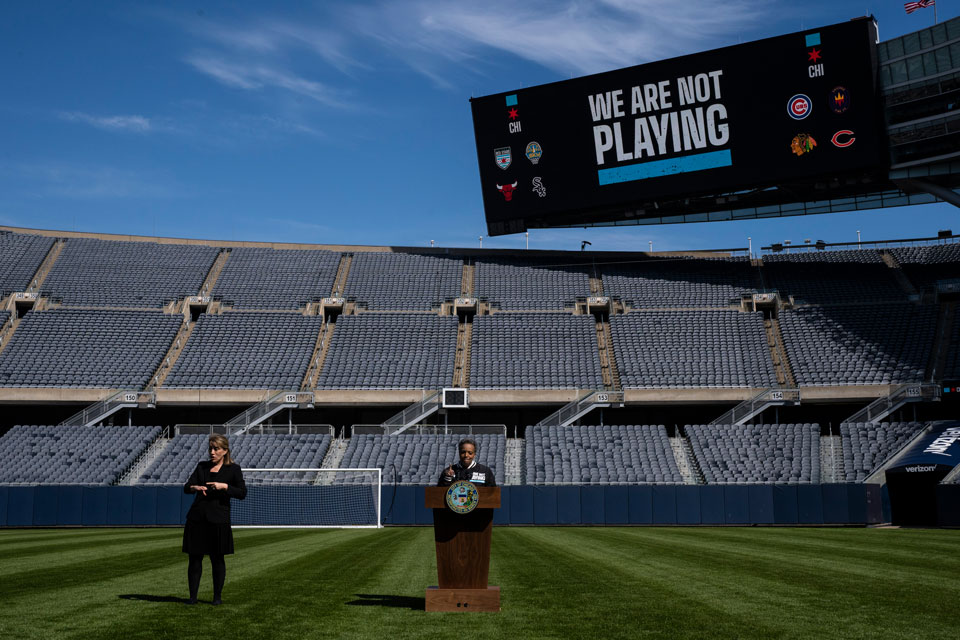 Chicago Mayor Lori Lightfoot announces the "We Are Not Playing" campaign during a press conference at Soldier Field, Monday morning, April 6, 2020, in Chicago. The city is launching a health campaign focused on the city's black and brown communities, following a media report highlighting the disproportionate number of black residents among those who have died of COVID-19 complications in the city. (Ashlee Rezin Garcia/Chicago Sun-Times via AP)Still, Mayor Lori Lightfoot said the disparities in Chicago "take your breath away" and required an immediate response from the city, community activists and healthcare providers.

A new team of city and community representatives will focus on contacting residents who are older than 50 and those considered vulnerable to the virus because of other health conditions to share information about prevention and resources for those who do become ill.

The city's transit system will increase monitoring on its buses and add vehicles to lines still being heavily used, and city inspectors will visit grocery or corner stores to enforce social distancing limits there too, she said.

"We can't simply stand by and let this disease wreak havoc in our communities," Lightfoot said.

"Lives are truly at stake."

The city's public health commissioner also ordered all healthcare providers in the city to collect data on COVID-19 patients' race and ethnicity, seeking to address existing gaps. The department's leader, Dr. Allison Arwady, said one-quarter of testing results sent to her agency so far have not included that critical information.

A national civil rights group on Monday said that's a problem across the country and demanded more transparency on race and ethnicity among the COVID-19 testing results, cases and patient outcomes reported by federal health authorities and state health agencies.

"Equal access to healthcare is a critical civil rights issue, and during this novel pandemic, the public deserves nothing less than full transparency from this administration and state public health officials," Kristen Clarke, president and executive director of Lawyers' Committee for Civil Rights Under Law, said in a statement.

Democratic members of Congress had previously called on Health and Human Services Secretary Alex Azar to ensure race and ethnic data is collected by health agencies across the country during the outbreak.

For most people, the coronavirus causes mild or moderate symptoms, such as fever and cough that clear up in two to three weeks. For some, especially older adults and people with existing health problems, it can cause more severe illness, including pneumonia, and death.

Detroit, which is about 80% Black, has recorded 5,032 confirmed cases with 196 people dead from complications due to the COVID-19 virus.

Coronavirus data specific to Black residents was not available from the city, but Detroit and its surrounding suburbs account for about 80%  of the state's confirmed cases.

"It's clear that what COVID-19 is doing is exacerbating the racial disparity in health in this country," said Detroit Mayor Mike Duggan, who led the Detroit Medical Center before taking office.

"Part of what we're seeing in Detroit is that there's such a high number of individuals who have those underlying conditions, who have the diabetes and the heart disease, who may have obesity," Dr. Joneigh Khaldun, Michigan's chief medical executive who previously led Detroit's health department, said earlier this month.

The plan announced in Chicago followed a report by WBEZ Chicago highlighting the disproportionate number of Black residents among those who have died of COVID-19 complications in the city.

Lightfoot noted that unequal access to health care in Chicago's Black and Brown communities has persisted for decades. Medical conditions including diabetes and heart disease also remain more prevalent among Black adults in the U.S.

Rev. Marshall Hatch, pastor of a Baptist church on Chicago's West Side, said he wanted to offer a "human face" to the maps and charts surrounding him at Monday's news conference. Within the last week, Hatch said he lost his oldest sister, a friend of 45 years and a parishioner to complications of COVID-19.

"Poverty is not just about quality of life," he said. "It is about literally about life and death."