2020 Democrats Weigh How Tough to Hit Trump on Racism 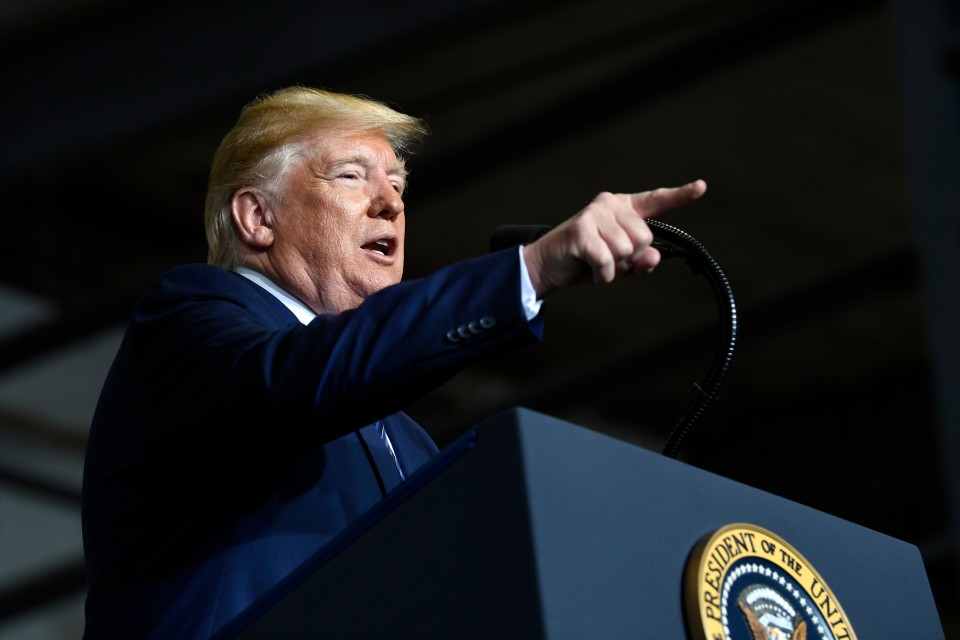 Hillary Clinton took the stage in Reno, Nevada, with an urgent warning about the consequences of a Donald Trump administration: "He's taking hate groups mainstream and helping a radical fringe take over one of America's two major political parties. Trump is reinforcing harmful stereotypes and offering a dog whistle to his most hateful supporters. It's a disturbing preview of what kind of president he'd be."

As a new crop of Democrats competes for the chance to take on Trump in 2020, they are going even further than Clinton did, with some saying the president is a White supremacist. But Clinton's experience poses difficult questions for the White House hopefuls. Pointing out then-candidate Trump's racist actions wasn't enough to defeat him in 2016 — and may not help Democrats next year.

"Hillary Clinton took every sling and arrow imaginable when she called out Trump on his courtship of White supremacy in the 2016 race," said Democratic strategist Joel Payne, who worked on Clinton's campaign.

"When our campaign named and shamed Trump's behavior, we were accused of playing the race card. Her predictions may have actually understated how much of an existential crisis the Trump presidency would be for minorities in America."

The issue has taken on greater urgency this month following a mass shooting in El Paso, Texas, that's believed to be motivated by racism. The shooting suspect echoed Trump's warnings of a Latino "invasion."

Trump insists he's not a racist and throws the label back at Democrats, accusing them of political correctness and recklessly wielding the term.

Still, Trump gained notoriety in the late 1980s for taking out a newspaper ad calling for the death penalty for five Black and Hispanic teenagers who were wrongly convicted of rape. He launched his 2016 campaign with a speech that referred to Mexicans as "rapists" and a pledge to ban Muslims from entering the country. Weeks before the 2016 election, he denigrated cities with large Black populations as poor and dangerous, asking Black voters, "What the hell do you have to lose?"

In office, he has equated torch-bearing White nationalists in Charlottesville, Virginia, with peaceful protesters opposing their efforts to preserve a Confederate statue. He referred to African and Caribbean nations as "shithole" countries and told four American congresswomen of color to "go back" to countries "from which they came."

There's near unanimity among Democrats that candidates can't ignore Trump's racist actions. But there is debate over how far to go and whether to focus on more traditional issues like health care, prescription drugs, infrastructure and education.

Candidates including Elizabeth Warren, Beto O'Rourke and Pete Buttigieg have agreed that the White supremacist label is appropriate for Trump. Joe Biden accused Trump of "fanning the flames of White supremacy."

But some Democratic voters questioned whether such labeling might prove counterproductive. After all, Trump supporters wore Clinton's denunciation of them as "deplorables" as a badge of honor.

"If every candidate jumps on that same bandwagon, it just throws everybody into the same pot," said Erick McEnaney, 57, of Kansas City, Missouri.

"I would refrain from even talking about him, actually. Talk about what's important to the American people."

As nearly two dozen candidates swung through Iowa recently, the issue was prominent. Democrats in the state that kicks off the presidential nomination process still take pride in Barack Obama's 2008 Iowa win. That victory proved that a Black candidate could win in a state that's more than 90% White, sealing his status as a viable candidate.

Buttigieg, who has been outspoken on matters of race in the campaign, told a diverse gathering at a house party just outside Des Moines, Iowa, that a "big part of this conversation" regarding race "has to happen with White audiences."

"White nationalism is a White problem," said Buttigieg, who is White. "It has victims of color and is wrecking the whole country. But it is a problem among White people, which is why I think somebody who has some of the benefits and advantages of my own profile needs to be out there as vocal as anybody talking about it."

Karin Derry, a state representative who is White, watched Buttigieg speak from across the room. She questioned whether labeling the president a White supremacist is "particularly helpful," but welcomed the conversation overall, saying it would resonate in Iowa.

"I want to see them talking about it because quite frankly the way President Trump talks, it's unacceptable," said Derry, who hasn't endorsed a candidate.

"I think candidates need to call him out on it."

During his swing through Iowa, Biden stopped short of directly calling Trump a White supremacist. But he said the "distinction" isn't as important as how Trump uses the megaphone of the presidency.

That approach was good enough for Vicky Beer, a retired schoolteacher.

"I certainly think you can call him a White supremacist because it might open somebody's eyes to what he is," said Beer, 62, who hasn't yet committed to a candidate for February's caucus. Still, Beer said she's not necessarily caught up in how the candidates assail Trump, if they do so.

"It's a given," she said, that whichever Democrat emerges as the nominee will "have more authority than he does."