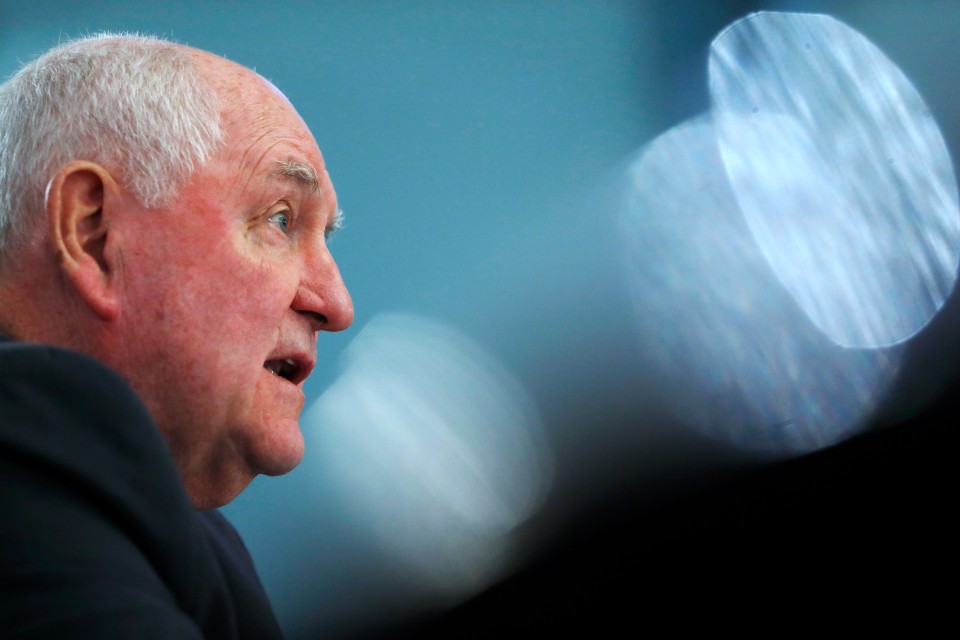 The Agriculture Department said Tuesday that the rule would close "a loophole" that enables people receiving only minimal benefits from the Temporary Assistance for Needy Families program to be eligible automatically for food stamps without undergoing further checks on their income or assets.

"For too long, this loophole has been used to effectively bypass important eligibility guidelines. Too often, states have misused this flexibility without restraint," Agriculture Secretary Sonny Perdue said in a statement.

The proposed rule is the latest in the Trump administration's efforts to cut back on the Supplemental Nutritional Assistance Program or SNAP, the official name of the food stamp program. It also has proposed to tighten work requirements for those who receive federal food assistance.

USDA estimates that 1.7 million households — 3.1 million people — "will not otherwise meet SNAP's income and asset eligibility prerequisites under the proposed rule." That would result in a net savings of about $9.4 billion over five years.

An unpublished version of the proposed rule acknowledges the impact, saying it "may also negatively impact food security and reduce the savings rates among those individuals who do not meet the income and resource eligibility requirements for SNAP or the substantial and ongoing requirements for expanded categorical eligibility."

Democrats in Congress were quick to condemn the proposal.

House Speaker Nancy Pelsoi said it was "the administration's latest act of staggering callousness" while Senate Democratic leader Chuck Schumer said he would "fight to make sure these cuts never become a reality."

Sen. Debbie Stabenow, D-Mich., said the administration was trying anew to circumvent Congress and that the effect would be to "take food away from families, prevent children from getting school meals, and make it harder for states to administer food assistance."

Congress has rejected previous, similar attempts to change the expanded automatic eligibility provisions, most recently during the farm bill debate in 2018.

Robert Greenstein, president of the Center on Budget and Policy Priorities, said the proposal could discourage working families with incomes close to the maximum for SNAP participation from seeking more work out of fear that the added wages could make them ineligible for the program.

"The proposed rule would weaken SNAP's role in supporting work while making it harder for families that struggle to get by on low wages to meet their basic needs," he said.

About 36 million people participated in SNAP in April 2019, down from more than 38 million a year earlier.

Under current law, states may automatically make people eligible for food stamps, if they meet income and other requirements for TANF. USDA says 43 states have expanded that to include households that it says "barely participate" in TANF. The provision is called "expanded categorical eligibility."

USDA said the policy has resulted in people receiving food stamps who don't need it and wouldn't qualify under regular program rules.

Ellen Vollinger, legal director of the Food Research & Action Center, said the proposal was troubling and that the government should "put attention on how to help more people, not undercut supports for them and make their struggle against hunger even harder."

'Another Hit on Hunger'

She said the department didn't seem to address a resulting loss of school meals, which she said the Congressional Budget Office included in its analyses of previous, similar proposals. "It's another hit on hunger," she said.

Under the proposal, to qualify for automatic eligibility, people would have to get at least $50 a month in benefits from TANF for a minimum of six months.

Perdue said the change is necessary for "preventing abuse of a critical safety net system so those who need food assistance the most are the only ones who receive it."

The rule, expected to be published in the Federal Register on Wednesday, is open for public comment for 60 days.